‘General Hospital’ Spoilers: Ava Seduces Valentin to Save Herself – Prepared to Sacrifice Other Cassadine Island Hostages 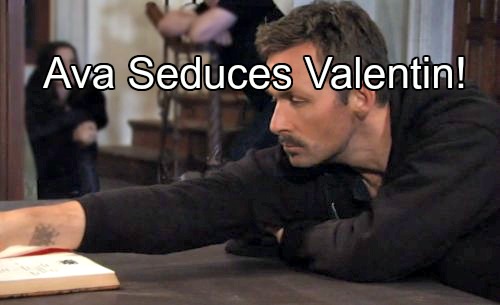 General Hospital (GH) spoilers tease that Ava Jerome (Maura West) is the second-most dangerous person on Cassadine Island and she’ll soon flirt her way closer to “Theo” aka Valentin Cassadine (James Stuart) to try and save herself – even if it costs other lives.

It’s not clear yet what Valentin’s end-game is since he obviously had an army of henchmen ready to go on Cassadine Island and wasn’t expecting interlopers. Clearly, Valentin was gearing up to make some sort of trouble but then the group fell into his lap.

Valentin was particularly interested to learn that he has Prince Nikolas Cassadine (Nick Stabile) in his clutches. But when Valentin brings in some of his men and starts tying people up and holding others at gunpoint, Ava decides that her accidental holiday has gone too far.

At the end of the day, Ava is all about Ava – and she’ll do anything to protect herself even if it means walking off the Greek island over the dead bodies of all the others assembled there. Consider this – there is not one person there that Ava cares about.

Ava had a flirtation with Nikolas, but that was more about boredom, opportunity and what he could do for her. But the moment that Valentin reveals he’s the elder Cassadine, and therefore the true heir to all that’s around them, Ava will shift her attention.

Remember back around the time of the will reading, Nikolas mentioned to Laura Spencer (Genie Francis), on more than one occasion, that he wasn’t worried at all about the will reading because, as the eldest Cassadine male, he inherited everything.

Sure Nikolas’ bank accounts in the US may be drained, but the Cassadines own an entire Greek island. That’s a tremendous asset. Plus, there must be millions of dollars of heirlooms and valuables there plus the value of the island itself. 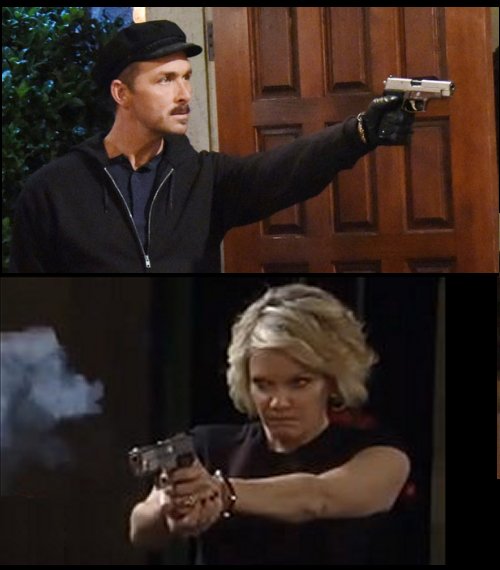 But once Valentin stakes his claim as the eldest Cassadine, Nikolas will truly be bereft of power and finances. Ava will swiftly change her focus from Nikolas to Valentin for a few reasons. First is because Nikolas is no longer of use to her.

Second is that Valentin is a threat and she doesn’t want to get hurt. Third is that it’s been a long time since Ava found a guy that could hold her attention. Valentin is handsome, wealthy, powerful, and dangerous. That’s catnip to Ava.

General Hospital spoilers reveal that Ava works her charm on Valentin to get closer to him to ensure her own safety. Plus, if we consider Ava’s history, she wouldn’t mind seeing Jason Morgan (Billy Miller) and Sam Morgan (Kelly Monaco) in Valentin’s sights.

Ava and Jason hate each other since Jason has come after her brother on more than one occasion. Ava might relish being allied with Valentin while he’s got Jason under his thumb. General Hospital spoilers tease that Valentin may be tempted by more than just Ava’s wiles.

Ava knows every person assembled there and has info on them that Valentin would like to know. After all, it’s really only Nikolas that he knows anything about – although he may have some intel on Laura as well since she was involved with his half-brothers Stavros and Stefan.

And if the General Hospital spoilers are spot on and Ava can worm her way closer to Valentin, that means that the others may be in more danger if Ava has an agenda of her own. Ava may use Valentin to take out Jason if she gets the chance, based on pure spite.

What do you think GH fans? Can Ava work her way into Valentin’s good graces or will he see right through her selfish ambition and spurn her attention? Share your comments below and check back with CDL often for all the latest General Hospital spoilers and news.