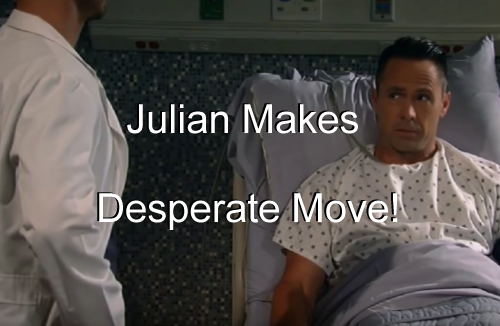 General Hospital (GH) spoilers reveal that Julian Jerome (William deVry) will ponder a desperate move in coming days after his entire life crumbles away around him. Lucas Jones (Ryan Carnes) has harsh words for his biological father and that’s just one in a series of bad things to happen to the mobster.

Lucas has respect for life – he’s a doctor, after all – saving lives is his stock and trade. But Julian seems to be all about taking lives. Julian will desperately lie to Lucas and swear to him that he was not going to kill Alexis Davis (Nancy Grahn) and say it would never have happened.

But we all know that Julian was just about to gut her the way he stabbed Carlos Rivera (Jeffrey Parise) in the back. We know that the intervention of Sonny Corinthos (Maurice Benard) is the only reason Alexis survived that encounter. 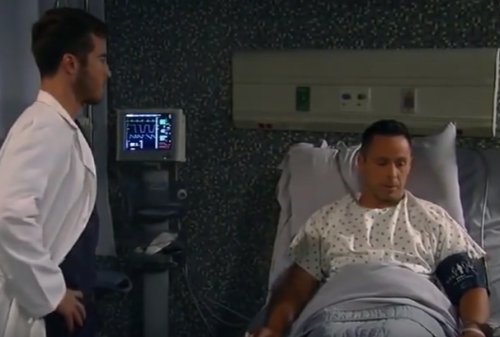 Julian tries to convince Lucas that everyone is lying about him but, come on, there are recorded confessions of Julian revealing he killed Carlos and ordered Duke Lavery’s (Ian Buchanan) death. But no way will Lucas believe that everyone else is lying and Julian is telling the truth.

Lucas is Sonny’s brother-in-law and knows that Sonny, although a gangster, has a code of honor and can be trusted in this matter. The bottom line is that Lucas will wash his hands of Julian. The next hit that Julian takes is that Olivia Falconeri (Lisa LoCicero) strips Julian’s rights to Leo.

No court in Port Charles will allow the accused murderer have access to her infant son. Sam Morgan (Kelly Monaco) is already lost to him because he tried to kill Alexis and Julian knows that. All three of his children are out of his life for good.

General Hospital spoilers further reveal that in coming days, Julian’s health will take a turn for the worse. Is this a legitimate medical crisis, or part of a plan by Julian to get out of this jam? With no wife or children to worry about, Julian has to get himself out of this mess at all costs. 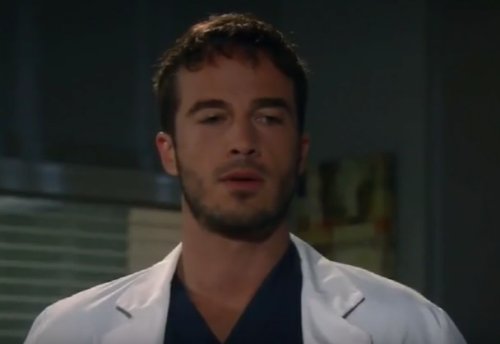 Julian will make a desperate move. Will he order his henchman Hammer to try and steal the evidence against him out of the PCPD evidence locker? That might be a problem since Jordan Ashford (Vinessa Antoine) probably has the place on lockdown because Hammer stole the dagger.

Julian may try and escape from GH. There’s no telling what the Jerome mob boss will do. Ava Jerome (Maura West) is stuck as a hostage on Cassadine Island and can’t help bail out her brother so all that’s left to Julian is his criminal associates.

To Complicate matters we have a brief visit from Jeffrey Vincent Parise on this week’s episodes – presumably as Carlos’ ghost – could Julian’s murder victim somehow influence the outcome of events for the living?

Can Julian get himself out of this legal predicament? Will Julian escape justice by trashing the evidence against him or running off as a fugitive? What desperate move will Julian contemplate after the rejection from both Lucas and Olivia?