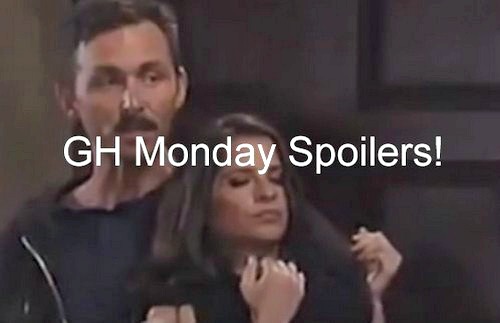 General Hospital (GH) spoilers for the Monday, July 18 episode tease that Nikolas is shocked by the turn of events on Cassadine Island, Julian gets a rude awakening, Kristina demands truth from her mother and sister, and Hayden scrambles to help Finn.

Things turn bleak for Julian Jerome (William deVry) during his stay at GH while he recovers from his stab wound and surgery. Lucas Jones (Ryan Carnes) stops by to let Julian know that he’s done with him. Julian begs Lucas not to turn his back on him.

But it’s too much for Lucas – particularly since Julian tried to knife Alexis Davis (Nancy Grahn). Julian will also get news soon that he’s losing custody of baby Leo and no doubt Sam Morgan (Kelly Monaco) will cut him out of her life as well. Julian will soon have no one.

The pregnancy test arc we saw in a recent General Hospital spoilers video sparks on Monday as Kristina Corinthos (Lexi Ainsworth) asks Alexis and Molly Lansing (Haley Pullos) which one of them was using the pregnancy test she found.

Molly denies that it’s hers and both her daughters want to know if Alexis is knocked up. Given her menopause storyline nearly five years ago, it would be ridiculous if Alexis was preggers, but it’s GH, so it could be. We’ll wait and see how this plays out.

Theo the harmless fisherman shocks everyone on Cassadine Island when he goes into evil Valentin Cassadine (James Stuart) mode. Not only does he have a gun, but he’s got henchmen ready to do his bidding. 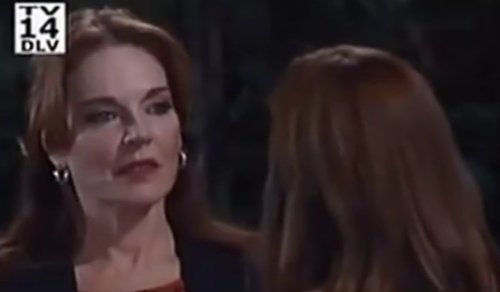 Theo subdues everyone but when he faces opposition from Jason Morgan (Billy Miller), he snatches up Sam Morgan (Kelly Monaco) and threatens to kill her if Jason doesn’t chill and let his men tie him up. Dante Falconeri (Dominic Zamprogna) asks who he is.

Nikolas seems clueless but how long until someone notices the Cassadine family crest tattooed onto his arm? General Hospital spoilers reveal that Laura Spencer (Genie Francis) is livid about all of this. She’s had enough of danger on the island to last a lifetime.

Back in Port Charles, Hamilton Finn’s (Michael Easton) health is a growing concern for many people. Finn is tired of others putting their lives on the line for him and he approaches Sonny Corinthos (Maurice Benard) looking for an assist. 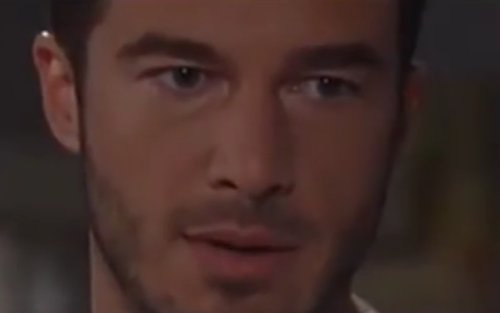 Is Finn going to ask the most dangerous man in town to import illegal drugs for him? That’s a big ask and a presumptuous thing to do but, then again, he is dying. General Hospital spoilers reveal that Sonny and Finn will cut a deal.

Hayden Barnes (Rebecca Budig) and Tracy Quartermaine (Jane Elliot) are still intent on helping Finn and they talk to Naomi Dreyfus (Robin Riker). Hayden asks her mom what illegal drug connections she has. Naomi should act affronted at the implication.

In the end, Naomi will not do anything without getting something in return – so what will she ask for? Also, how long until Naomi’s strange interest in Liz Webber [Rebecca Herbst] crops up again? That seems to be a sore spot for Hayden’s mom for some reason.

All this and more on the Monday, July 18 episode of GH. Share your comments below and check back with CDL often for all the latest General Hospital spoilers and news.