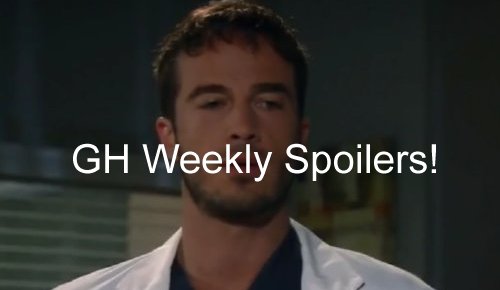 General Hospital (GH) spoilers for this week’s episodes from Monday, July 18, through Friday, July 22, indicate one life hangs in the balance on Cassadine Island, Carly thinks Kiki is playing Morgan, Franco faces more accusations at GH, and Julian’s life and health spin out of control.

On Cassadine Island this week, things start off with a bang when Theo (James Stuart) holds Sam Morgan (Kelly Monaco) and threatens her with a gun to subdue Jason Morgan (Billy Miller). Dante Falconeri (Dominic Zamprogna) and Kevin Collins (Jon Lindström) team up.

Theo shocks everyone when he reveals his ties to the island and to Nikolas Cassadine (Nick Stabile) who was clueless that Theo is his Uncle Valentin Cassadine. Tragedy will strike on the island and at least one life hangs in the balance. 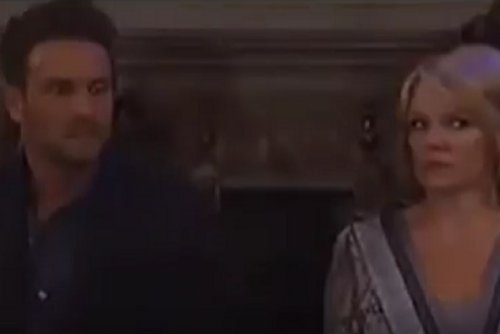 Laura Spencer (Genie Francis) is enraged at the turn things have taken and that two of her children’s lives are at risk in a place she hates. After Theo’s big reveal, Ava turns on the charm to try and get on the villain’s good side to save herself without regard for others.

Lulu Spencer (Emme Rylan) finds something horrible on the island that could change her life for good. Back in Port Charles, Lucas Jones (Ryan Carnes) tells Julian Jerome (William deVry) that he’s done with his dad for good and tells him he’s dead to him.

Hayden Barnes (Rebecca Budig) turns to Naomi Dreyfus (Robin Riker) for help securing Hamilton Finn’s (Michael Easton) illegal medication. Hayden and her mother have an honest conversation but a name from the past shakes up Naomi and takes her off guard.

Finn turns to Sonny Corinthos (Maurice Benard) with a request that makes Sonny angry at first. By the end of the week, though, Sonny and Finn will find some mutually agreeable terms they can both live with.

Alexis Davis (Nancy Grahn) gets startling news this week and General Hospital spoilers from a recent video promo would have us believe that Alexis is pregnant, but that seems improbable. If she is, Alexis has overcome significant odds to be fertile five years after she went through menopause. 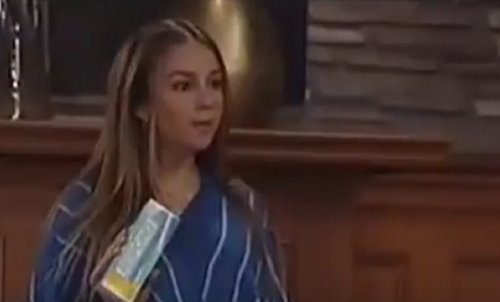 Alexis is unsure about her future and her daughters surround her to support her this week – all except Sam who is still in Greece. Julian’s health declines this week and Olivia Falconeri (Lisa LoCicero) takes custody of Leo from him.

Griffin Munro (Matt Cohen) worries about Finn’s declining health and also steps up to help Julian even though the mobster had his father killed. Also at GH, Lucy Coe (Lynn Herring) is back and makes some accusations against Franco (Roger Howarth).

Franco has to defend himself. Ric Lansing (Rick Hearst) is back for a short visit and offers up advice to Liz Webber (Rebecca Herbst). Later in the week, Elizabeth declines a gift from Franco. Will he offer to pay for her boys’ summer camp? 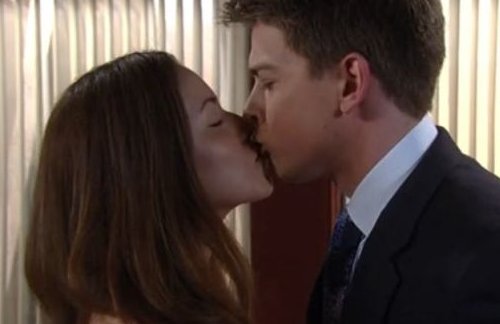 Sabrina Santiago (Teresa Castillo) and Michael Quartermaine (Chad Duell) get closer and things heat up between them. But then something interrupts them and they are both upset by the development that throws off their renewing relationship.

Kristina Corinthos (Lexi Ainsworth) goes to visit Parker Forsyth (Ashley Johnson) at her hotel room. Looks like Parker may be having problems at home and may also be thinking about Kristina plus Kristina can’t let go of her feelings for Parker.

Andre Maddox (Anthony Montgomery) leaves a strange message for someone this week that causes confusion and Carlos Rivera (Jeffrey Parise) is back soon for more haunting. Lots of action in many storylines this week so don’t miss any of the action.

Watch the GH episodes the week of Monday, July 18 thru Friday, July 22 then check back with CDL for all the latest General Hospital spoilers and news.