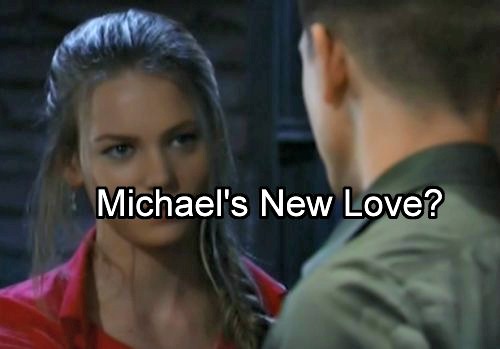 New General Hospital (GH) spoilers tease that Michael Quartermaine’s (Chad Duell) reunion with Sabrina Santiago (Teresa Castillo) may go down in flames thanks to the arrival of sexy Dr Joe Rivera (Jeffrey Parise) in Port Charles. But Michael may already have his eye on a new gal.

GH fans commented on social media about the instant chemistry between Michael and Nelle (Chloe Lanier), the new girl in town who might be his sister Josslyn Jacks’ (Eden McCoy) kidney donor. Although Michael thought she was a nanny candidate, he still checked her out and was kind.

Michael was stunned, as was the rest of the Corinthos clan, when Nelle announced she might be Joss’s kidney donor but if she is, that might make him feel even closer to her since she saved his sister’s life. Plus, bad things are brewing between Sabrina and Michael.

Sabrina has her job back as a GH nurse and will be stunned to see that hunky Dr Joe is the new pediatric surgeon on staff. Not only that, but Joe makes it clear he’s sticking around. He wants to get to know his nephew, but mostly, he wants Sabrina back now that Carlos is out of the way. 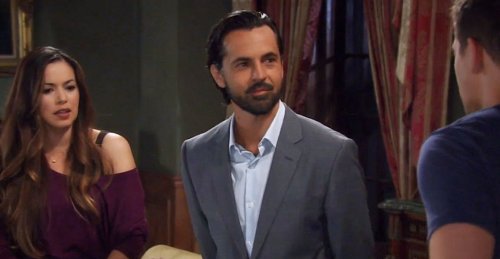 The only obstacle is Michael. In coming days, Michael will go to Joe and ask him to stay out of Sabrina’s life because having him around might be too painful for her since she’s grieving the loss of Carlos. But really, Michael doesn’t want any men sniffing around his woman since he just got her back…

There is no way that Joe will cave and go away. General Hospital spoilers tease that Joe Rivera is in Port Charles to stay – unless he can convince Sabrina to leave town with him. Some spoilers hint that Joe’s return might be an excuse to migrate both characters off the scene.

After all, Port Charles is busting at the seams with so many characters that a lot of them get sparse screen time. GH spoilers hint that soon, there will be a love triangle heating up between Joe, Sabrina and Michael, but Michael’s attention may already be moving to another woman.

Could the beautiful and mysterious Nelle be just the prescription to heal Michael’s wounded heart when he sees that Sabrina and Joe are clearly drawn to each other? There’s little chance that Sabrina can fight off her attraction to Joe. 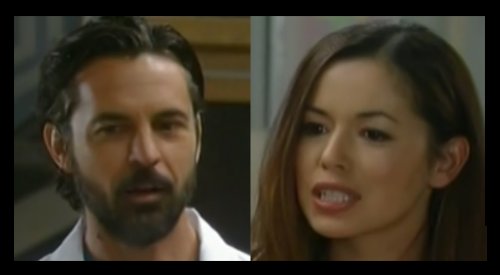 He’s all the best parts of Carlos – the devastating good looks and charm – plus they once dated before Carlos stole her away. As a teen, Sabrina was drawn to the bad-boy danger that Carlos represented. But to have those hot Latin looks but with a good guy inside, that’s even better.

Plus, with Sabrina’s son still in the hospital, no doubt Joe will help care for his nephew and that will make a big impression on Sabrina. There’s no way she’ll be able to resist Joe for too long. That will open the door for Michael to move on to Nelle – so long as she sticks around.

What do you think GH fans? Should Michael let Sabrina go and focus on Nelle instead? Did you sense that instant chemistry between Chad Duell and Chloe Lanier? Share your comments below and check back with CDL often for the latest General Hospital spoilers and news.