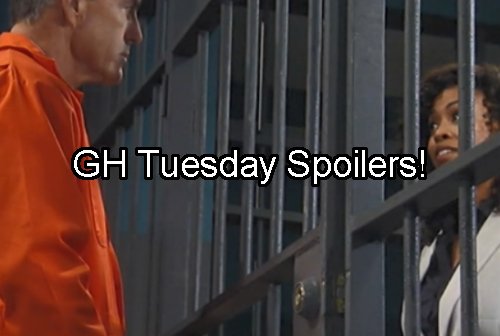 New General Hospital (GH) spoilers for the Tuesday, October 4 episode reveal that Paul is behind bars facing justice, Ava is in a panic, Curtis writes Nina a harsh reality check, Nelle digs up info for her revenge scheme, Morgan is kicked out of school and Claudette reveals Valentin info with an agenda.

Morgan Corinthos (Bryan Craig) will act on the solid advice from Andre Maddox (Anthony Montgomery) and tries to make amends to those he’s upset recently. The blood test Andre ordered should show that Morgan’s meds are off, but they won’t be back in time. 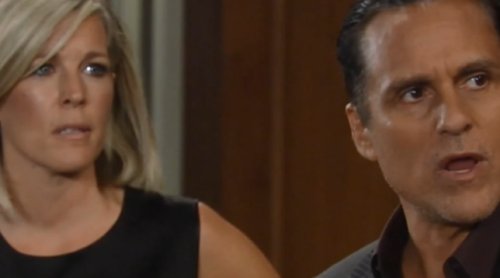 Sonny Corinthos (Maurice Benard) and Carly Corinthos (Laura Wright) come down hard on Morgan when they get a call from PCU that he was expelled for cheating. To make things worse, Morgan was also out late gambling – he’s off the rails in a bad way.

Carly has more trouble coming in addition to her kids making waves. We still don’t know what Nelle Hayes (Chloe Lanier) is up to but she makes friends with Kiki Jerome (Hayley Erin) but there’s more there than just a new gal pal – we all know Nelle has an agenda. 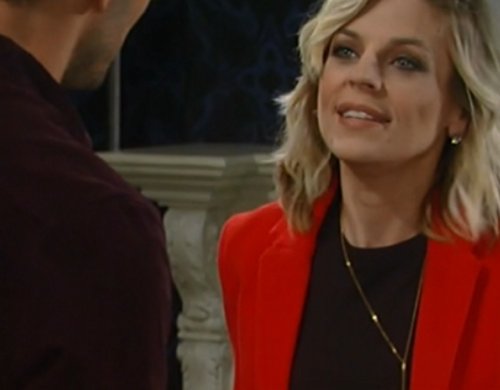 Nelle asks pointed questions about Carly under the excuse that they’re both Carly’s employees but Nelle wants specific information to fuel her quest for revenge. Speaking of revenge, we know Valentin Cassadine (James Stuart) will be back soon and we found out more about him.

Claudette Bolland (Bree Williamson) tells Griffin Munro (Matt Cohen) about some of her shady past with Valentin and things she did with him. Griffin is totally stunned. He thought he knew just how bad Claudette is, but he had no idea. She’s so much worse than he suspected. 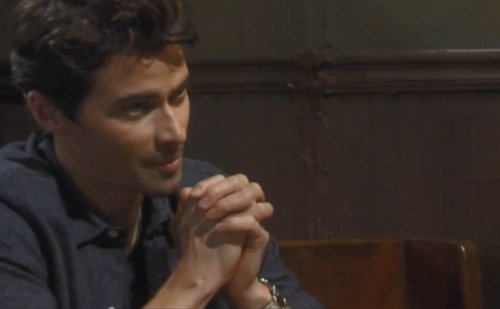 Maxie Jones (Kirsten Storms) tells Nathan West (Ryan Paevey) that she still thinks Claudette is lying but his mind is already on the daughter he wants to meet. Speaking of kids, Curtis Ashford (Donnell Turner) has a frank talk with Nina Clay (Michelle Stafford) about her baby dream.

He doesn’t think it’s going to work out and doesn’t want Nina to keep her hopes up. Nina will be crushed. Perhaps she’ll perk up when her one-night stand Valentin comes back to town. Ava Jerome (Maura West) leans on Scotty Baldwin (Kin Shriner) to represent Paul. 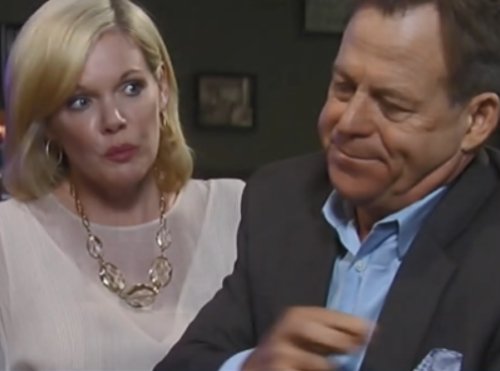 Ava wants to make sure Paul doesn’t hand the cops her murder confession. Her time is running out. Jordan Ashford (Vinessa Antoine) comes to gloat over Paul being behind bars and says this won’t be pleasant for him.

Now that Paul is nabbed, GH should be okay to re-open but there’s trouble. Tracy Quartermaine (Jane Elliot) is safe, she has another crisis to deal with – the fate of GH. Turns out Mayor Janice Lomax (Shari Belafonte) is the brains behind the plan to sell off GH and turn it into condos. 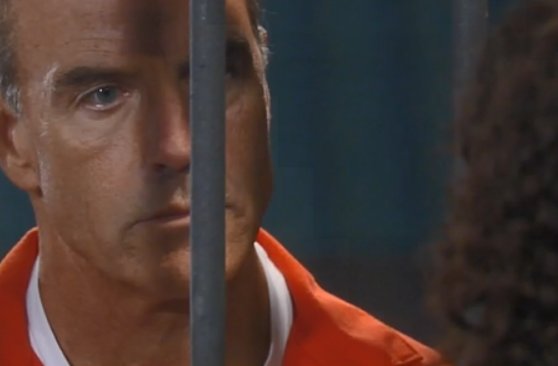 Thanks for all the love for Paul..just hoping to entertain you all… God bless xo

Hamilton Finn (Michael Easton) and Hayden Barnes (Rebecca Budig) rush to break the news of GH’s sale to Tracy and she’ll have to turn to a recovering Monica Quartermaine (Leslie Charleson) to come up with a plan to save the hospital.

What do you think GH fans? Share your comments on these hot spoilers for the Tuesday, October 4 episode of GH and check back with CDL often for more General Hospital spoilers and news.