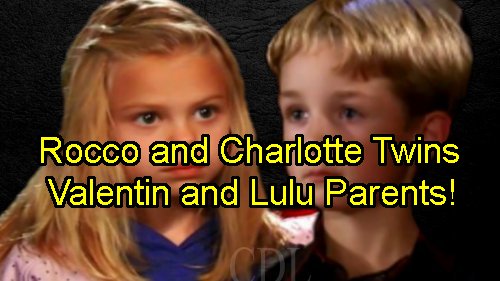 New General Hospital (GH) spoilers reveal that Lulu Spencer (Emme Rylan) will be stunned when she discovers that Rocco Falconeri (Mason Tallous) and Charlotte Cassadine (Scarlett Fernandez) are twins. That means Lulu has two children with Valentin Cassadine (James Stuart) and none with her husband!

How did this happen? One embryo was carried by Britt Westbourne (Kelly Thiebaud) and the other by Claudette Bolland (Bree Williamson). Both women gave birth to Lulu’s children and both were kept secret from her. Lulu found out about Rocco first and got him back and now this explosive reveal.

Turns out the Cassadines made two embryos out of Lulu’s eggs and destroyed the embryos she made with Dante Falconeri (Dominic Zamprogna). One embryo was left at GH for Britt to use to impregnate herself and the other for a separate surrogate to carry. But there was a double cross. 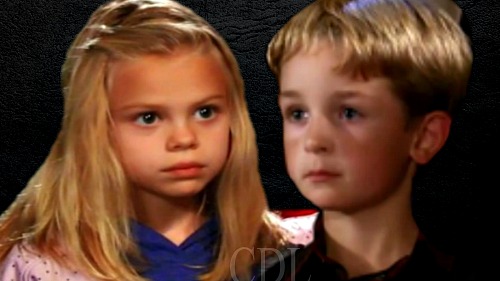 This started out to be a revenge plan by Helena Cassadine (Constance Towers) and that’s why she left Lulu the empty envelope. But Helena’s dead and now this is Valentin’s scheme. The reason Lulu noticed something familiar about Charlotte is that she’s Rocco’s twin and they look alike.

A mother knows her children. General Hospital recently did a SORAS recast on Rocco to make him the same age as Charlotte and they cast a boy that looks a lot like the actress playing Valentin’s daughter. Valentin has been making a lot of remarks about them being tied by family plus he was interested in Rocco.

That’s the first time Valentin met his son – and General Hospital spoilers say he’s excited for all of this to come out. Lulu will get shared custody of Lulu but will also have to share custody of Rocco with Valentin. He’s going to play innocent in all of this and say that he’s a victim too but he’s not – he’s a mastermind. 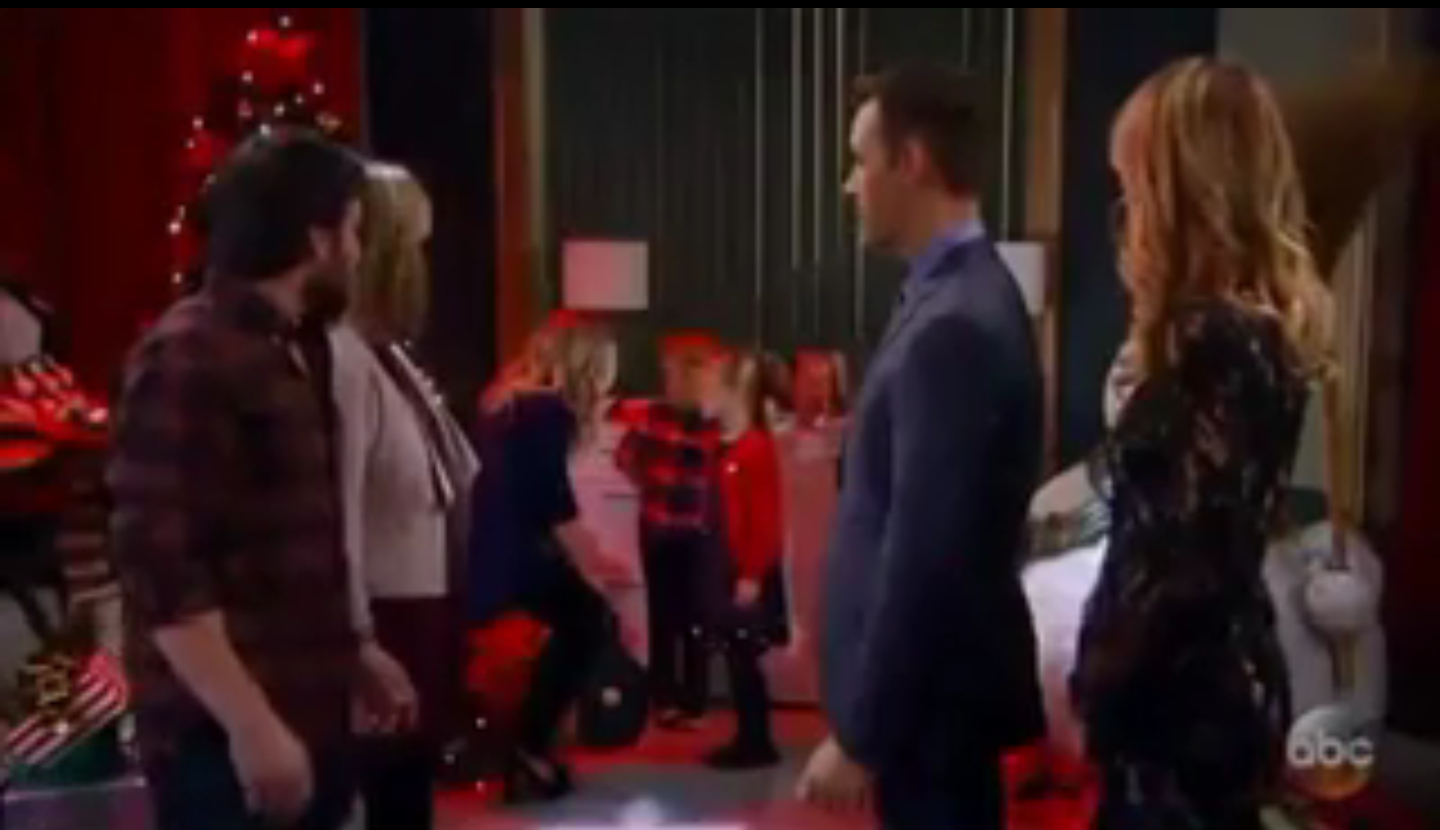 Remember that Lulu was asking Charlotte how old she is and when is her birthday. Then Nina Clay (Michelle Stafford) snatched the kid away because she wants to be Charlotte’s mom and doesn’t want anyone else near her. That’s all about to come crashing down.

Lulu will tell Maxie Jones (Kirsten Storms) her suspicions and they’ll take a road trip to get more evidence. By Friday, Lulu is on Valentin’s doorstep demanding to know the truth, but there are two truths. Lulu will figure out that Charlotte is her kid and she’ll feel triumphant. 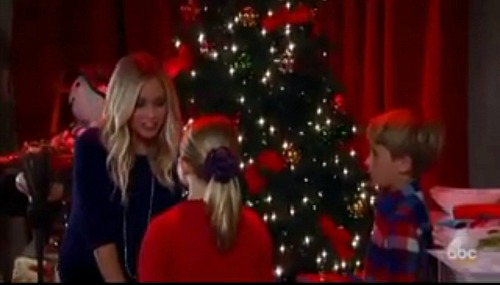 That’s when Valentin will drop the bombshell that he’s the father of both her children and her husband the cop is not her baby daddy at all. Lulu will be simultaneously overjoyed but then crushed. She wanted biological children with Dante plus Dante didn’t want to be raising a Cassadine kid.

Now everything is all wrong. Lulu has two Cassadine kids and no Falconeri kids. Plus Dante will be stuck raising two Cassadines. Dante and Lulu just got married and were looking forward to their life together and now this bombshell could blow them apart. Can their marriage stand the strain?

Can Valentin and Lulu co-parent or will this turn into an epic Cassadine-Falconeri war? Share your comments below and come back to CDL for the latest General Hospital spoilers and updates.