‘General Hospital’ Spoilers: Lulu in Grave Danger – Nina Plots to Keep Charlotte to Herself At Any Cost 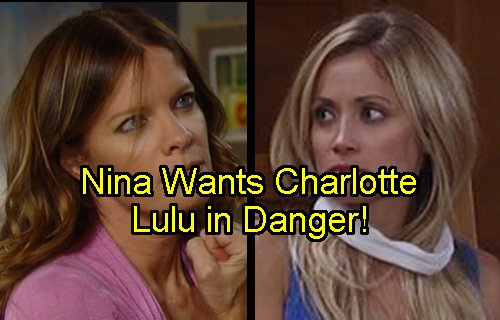 Hot new General Hospital (GH) spoilers reveal that Lulu Spencer (Emme Rylan) better watch her back. Lulu is focused on Charlotte Cassadine (Scarlett Fernandez) and is convinced the kid is hers. Lulu wants to take her from Valentin Cassadine (James Stuart) but Nina Clay (Michelle Stafford) will prove a dangerous obstacle.

Nina has been pretty normal lately, but she cannot handle another fail in her life when it comes to a kid. Nina is falling for Valentin and she’s head over heels for Charlotte. Nina imagines herself playing house with Valentin and Charlotte at his island and castle and sees her happily ever after there. Lulu is the fly in the ointment.

Remember how furious Nina was when Ava Jerome (Maura West) told the pregnant girl that Nina was insane? That messed up Nina’s chance to buy a baby and she came unhinged. Nathan West (Ryan Paevey) had to drag Nina away before she choked Ava. Also, remember that Nina drugged Ava, caused labor, and stole her baby.

She also bludgeoned her mom with a lamp. Nina is certifiably nuts and what’s been keeping her together is hope for a child. Valentin has given her another chance to be a mom. Problem is, it looks like Lulu is Charlotte’s biological mom. Nina won’t like that. Nina’s heart grew two sizes when she heard Charlotte’s Christmas wish for a mom. 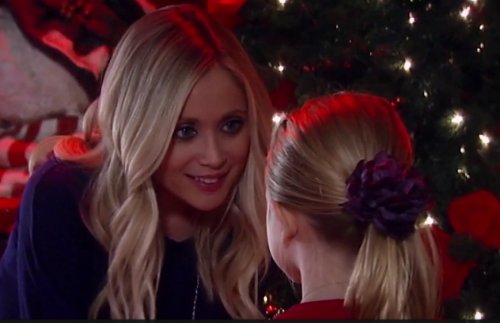 It’s Nina’s Christmas wish to be a mom so it seems like fate to her for her and Charlotte to be mother and daughter. When Nina gets stuck with Valentin and Charlotte because a storm traps them on Spoon Island, Nina will be in heaven. She’s got a handsome man wooing her and an adorable little girl to play with but Lulu smashes Nina’s dream.

Lulu shows up on Friday to demand to know if Charlotte is her daughter. Unless GH takes a drastic turn, that is her kid and she’ll want to take her home. Valentin will insist on shared custody, but Nina doesn’t want Charlotte to have another mom but her. We can expect Nina to go nuts. There is no telling what she will do to Lulu.

Nina’s brain is like a bag of cats. All it will take is one little incident to set her off. Has Valentin checked Nina’s background since their one night stand? Does Valentin know Nina is unhinged and is deliberately putting her in this position to cause Cassadine-Spencer drama?

Valentin seems to genuinely like Nina and wants her in his life and Charlotte’s. Since he won custody of Charlotte at the hearing and there are no charges against him, the best Lulu could probably get is shared custody so that means Nina can be a part-time mom. 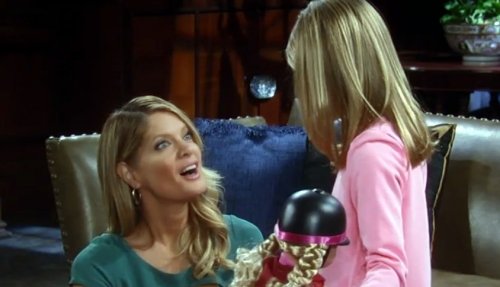 Will that be enough for Nina or is Lulu in danger? Will Nina snap and kidnap Charlotte? Or kidnap Lulu and lock her away somewhere so Nina can be Charlotte’s only mommy? Share your comments and come back to CDL often for more General Hospital spoilers and updates.