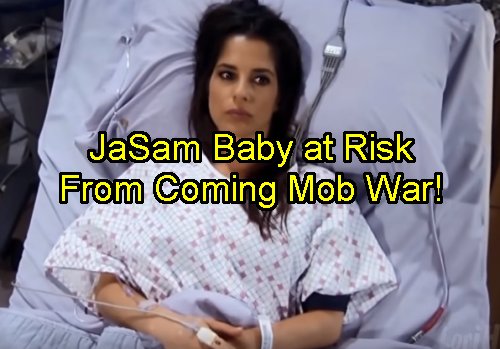 New General Hospital (GH) spoilers tease that Sam Morgan (Kelly Monaco) could be collateral damage in the coming war between the Corinthos and Jerome cartels. Will Sonny Corinthos (Maurice Benard) and Julian Jerome (William deVry) inadvertently injure a woman they both care about?

Jason Morgan (Billy Miller) is staying clear of the tension between Sonny and Julian – and he and Sam are actively discouraging the two mobsters from taking their fight to the streets. Jason tried to convince Sonny to think carefully before he took action and offered him an alternative. 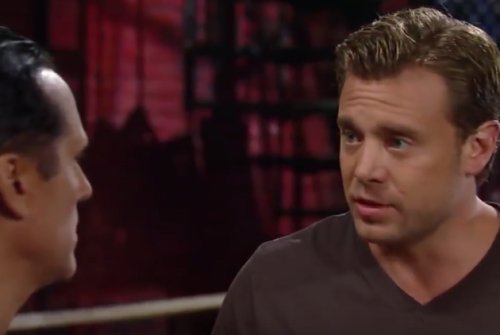 You’ll recall that while Jason Sam went to her dad Julian to try and convince him to leave town so that the whole situation could be avoided because he and Sonny wouldn’t have to coexist at all. But no way will Julian tuck tail and run – everything he wants is in Port Charles.

Julian is confident that he can win back Lucas Jones (Ryan Carnes), Sam, and even Alexis to his side. Plus, his little son Leo is still in Port Chuck. He’ll stick around, but Julian already put his mob minions on high alert and warned them Sonny is coming after him. 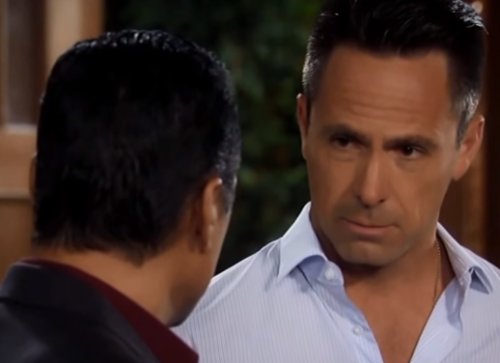 Julian is expecting a frontal assault but Sonny told his henchmen to arrange an “accident” for Julian so that suspicion doesn’t fall back on him because Sonny does NOT want to go back to Pentonville. Will that accident be what puts Sam in harm’s way? Will this be a déjà vu disaster?

Sonny has seen a couple of incidents among those he loves that were collateral damage. Sonny lost Lily Rivera to a failed hit, he almost killed Kristina Corinthos (Lexi Ainsworth) trying to murder Johnny Zacchara (Brandon Barash), and shot Carly when he was aiming for Lorenzo Alcazar. 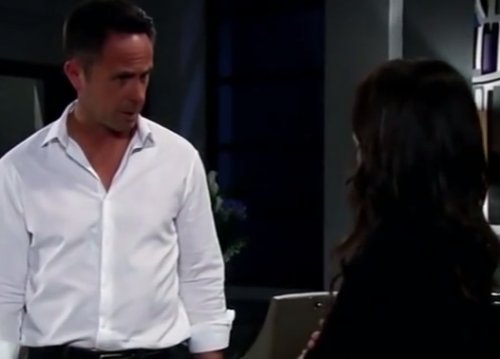 Will Sam fall prey to another of Sonny’s missteps? Sonny told his guy to make it look like an accident. But the problem with an accident is that you can’t make sure you hit the target. Will Sonny’s henchmen rig an auto accident or another event that hurts Sam instead? If Sam is harmed, the baby could also be at risk.

GH spoilers tease that Sam’s pregnancy would not be an easy one and that indicates that GH writers have planned some major drama along the way to keep JaSam fans on edge – starting with a violent encounter between Sonny and Julian. 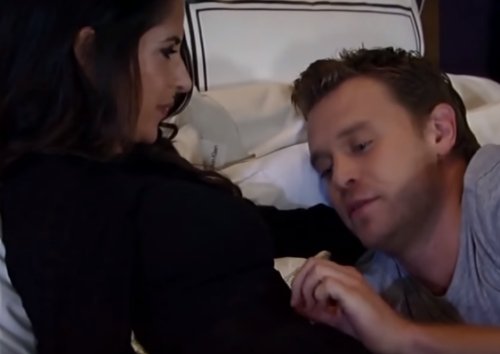 Jason has been on better footing with Sonny since he got his memory back but has no interest in getting involved with the mob again. But if Sonny’s hit plan for Julian puts Sam in harm’s way, Jason will have something to say to Sonny – and it won’t be friendly.

If Sam and the baby are at risk, both Sonny and Julian will face Jason’s wrath. We’ll see how far it goes, but it sure sounds like a storyline worth watching. The coming action will delight JaSam fans because it will show how deep Jason and Sam’s love runs.

What do you think GH fans? How far will Jason go if Sonny and Julian’s war cause injury Sam and puts the baby at risk? Will Jason cut all ties with Sonny? Will Sam and the baby survive all of this or will tragedy befall Jason and Sam and shock us all?

Share your comments below on the coming JaSam drama and be sure to check back with CDL for the latest General Hospital spoilers and news.