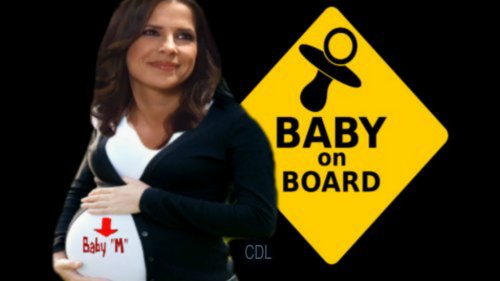 General Hospital (GH) spoilers reveal that Sam Morgan’s (Kelly Monaco) dizzy spell on Cassadine Island may be more than just dehydration although Sam was going for water at the time that she passed out. Is Sam pregnant with Jason Morgan’s (Billy Miller) child?

Many GH fans have been hoping ever since Jake Doe rolled into Port Charles that he and Sam would get together and be a family with son Danny Morgan. It would be even more satisfying if Sam turned out pregnant and they got a whole new start to their relationship.

Remember back when Sam was pregnant with Danny, there was a question of whether she was carrying Franco’s (Roger Howarth) child or Jason’s. That greatly diminished the experience for them and if you recall, Jason and Sam ended up splitting when Stone Cold thought that Danny was Franco’s child. 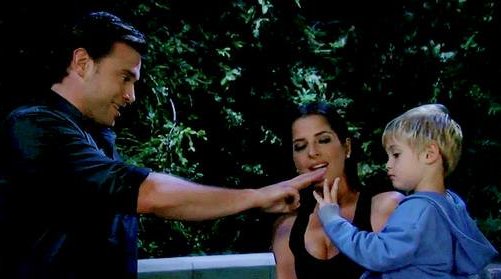 However, before Jason died you might recall that he had decided to be a father to Sam’s son but “died” never knowing that Danny was really his child. Of course, all that is cleared up now and Jason knows that Danny is his son, not Franco’s and that Sam never slept with Franco (unwillingly or not)new .

Then after Jason’s return, there was all the Liz Webber (Rebecca Herbst) drama when he was Jake Doe. But now that all the obstacles are out of their way, Jason and Sam are ready for more, even though they’re presently divorced and in the midst of their fresh start.

Jason would be thrilled if Sam was pregnant since he didn’t get to be there for Liz during her Jake Webber (Hudson West) pregnancy because Lucky Spencer (Jonathan Jackson) was playing dad. Then the mess with Franco muddled Sam’s pregnancy with Danny. 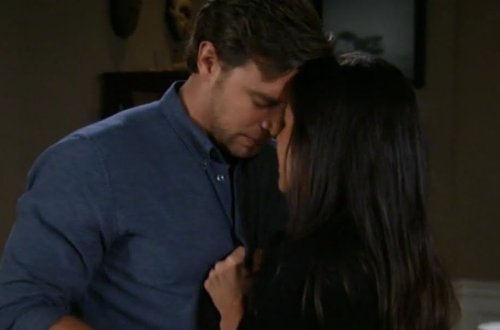 Jason was there for Sam when she carried, and lost, Lila, the baby she had with Sonny Corinthos (Maurice Benard). It would be momentous for JaSam (and their legion of loyal fans) for them to end up happily together and enjoying a pregnancy – if Sam is indeed pregnant.

However, General Hospital spoilers tease that things won’t go that easy for Sam and Jason. GH showrunners never let this couple get too happy… There’s still more drama to unfold on Cassadine Island and some of it will affect Jason.

Remember that Jason spent time on the island under Helena Cassadine’s (Constance Towers) control and we still don’t know what all went on with Jason while he was in Greece. There’s also the matter of the child we’ll soon meet – Athena (Jazmyn Skye Vale). 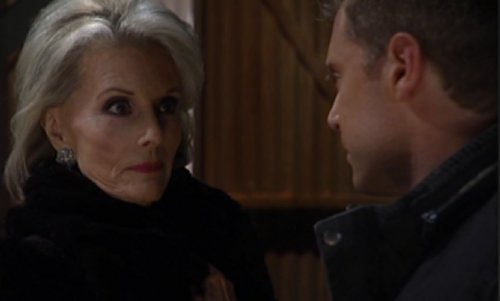 Some General Hospital spoilers hint there’s a chance that this little girl might be Jason’s daughter. She’s of an age to have been conceived and born while Jason was in Helena’s custody although he would have had to impregnate Athena’s mother pretty soon after his “death.”

We also know that GH likes to play with time when it comes to the age of children. The other option GH spoilers have hinted at is that Athena is Lulu Spencer’s (Emme Rylan) child with Stavros Cassadine. But if Sam is pregnant and Athena is Jason’s, that’s a mess that would be fun to watch. 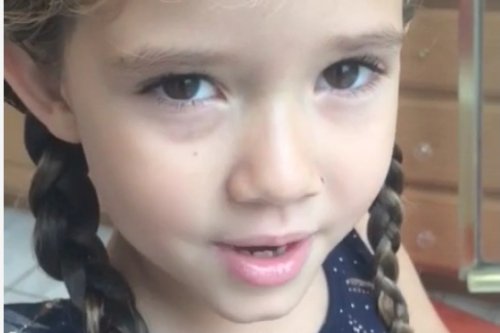 What do you think GH fans? Do you think Sam is pregnant and that’s why she had the dizzy spell and passed out? Share your comments below and check back with CDL often for all the latest General Hospital spoilers and news.