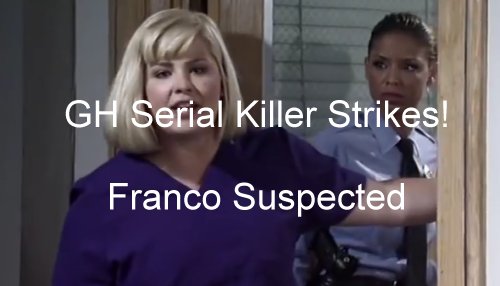 General Hospital (GH) spoilers from a new ABC promo video reveal that the GH serial killer has struck again and Valerie Spencer (Brytni Sarpy) is sure the culprit is Franco (Roger Howarth). Is Franco the killer or is this just a wrong place, wrong time incident?

Despite the fact that Valerie and the rest of the PCPD are diligently patrolling the halls of GH, the GH serial killer will strike again and by the end of the week, there’s another dead patient to add to the mounting body count. But who’s doing the killing? 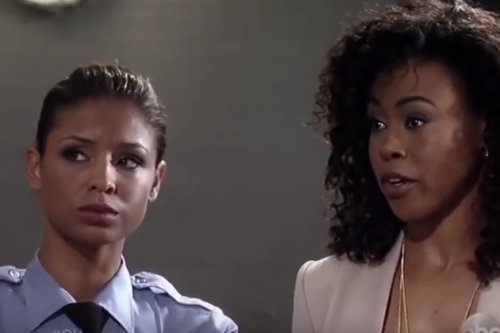 Valerie is a new cop, so it’s understandable that she might get bogged down in considering the most obvious suspect instead of digging in and doing some real detective work. She’s made it clear to Dr Griffin Munro (Matt Cohen) that she thinks Franco is the perpetrator.

However, Griffin wasn’t so quick to join the anti-Franco witch hunt bandwagon. Did Valerie’s focus on Franco allow her to miss clues that could have led her to the real killer? General Hospital spoilers reveal that Nurse Amy Driscoll (Risa Dorkin) will be the one to find the next victim. 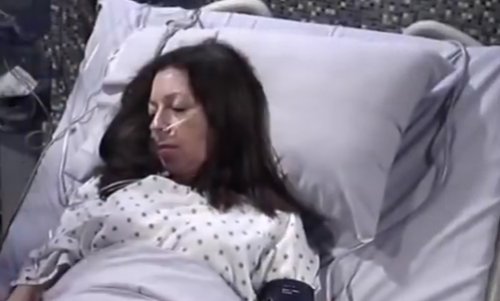 Amy goes in to check on a patient and finds her in distress and calls a code blue. This time, though, the patient is not elderly. It’s a middle aged woman that has been taken out by the killer. Fortunately for Hamilton Finn (Michael Easton), he’s once again out of GH when the patient perishes.

Finn has also been on the watch list, so this second killing while he’s away should clear him completely from the PCPD suspect list, but Franco is not so lucky. This is really bad timing for Franco since he’s on his first date with Liz Webber (Rebecca Herbst). 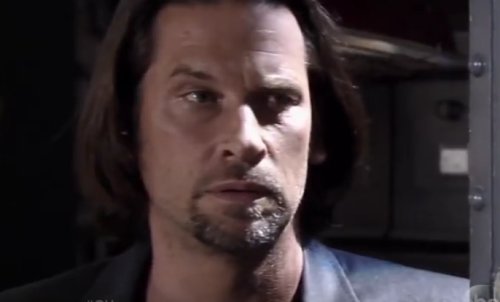 General Hospital spoilers tease that Franco takes Liz somewhere that creeps her out and makes her wonder if she made a mistake agreeing to the date. The GH promo video shows Franco in an industrial looking room – did Franco take Liz to the morgue or somewhere equally as dark?

This doesn’t bode well since Franco is found somewhere oddball where he should not be and Amy discovers the patient’s body and Valerie is hot on her heels into the room. They’ll know straight away that the GH killer has struck again and then Valerie goes into investigative mode. 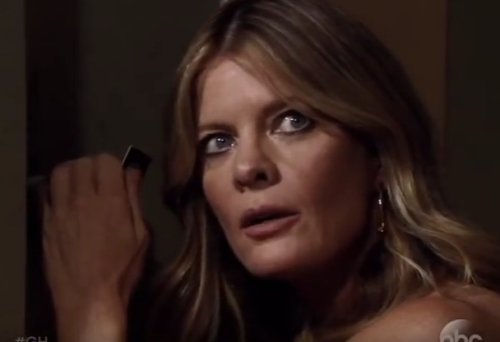 Franco ends up in the hot seat and Jordan Ashford (Vinessa Antoine) tells the reformed killer artist that she has some questions for him. Franco won’t like being questioned but was he with Liz when this latest patient died or does he have no alibi?

Also, things look tense for Nina Clay (Michelle Stafford) over at the MetroCourt as the GH promo video shows her scrambling for a room key and calling out to ask who’s there. Is the GH serial killer expanding his (or her) kill territory or is Nina panicking for no reason?

Be sure to watch the action-packed days to come on GH as the killer strikes again and the PCPD turns its gaze on Franco. Share your comments below and check back with CDL for all the latest General Hospital spoilers and news.