General Hospital (GH) Spoilers: Stunned Nathan Figures Out Who Griffin Really Is – Did He Shoot Him? 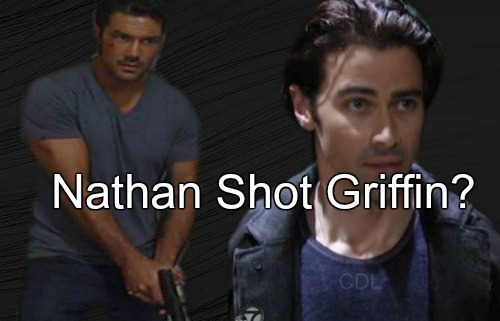 “General Hospital” (GH) spoilers tease that after the weird locker room encounter between Nathan West (Ryan Paevey) and Griffin Munro (Matt Cohen), Nathan won’t be able to let it go that Griffin has a bullet wound scar and the PC cop wonders whether the doc might be shady.

Maxie Jones (Kirsten Storms) told Nathan to let it go since they need to focus on the wedding. But, of course, we know that Maxie isn’t letting go of the Claudette thing. Nathan mentioned looking into Griffin’s past and wonders what the doc is hiding but then told Maxie he’d let it go.

But Nathan won’t let it go. The dynamic between the two men indicates that Nathan is the one who shot Griffin – but the circumstances are entirely unclear at this point. Griffin told Nathan that he feels partly responsible and that his own actions led to him being shot.

When Griffin mentioned that he never reported the shooting to police, that has Nathan wondering if Griffin might have some sort of criminal past – with no clue that this is his story too. GH spoilers tease that Griffin’s past is not pretty and it ties to secrets Nathan is keeping.

Griffin may, in fact, be the guy that Claudette was cheating with – which explains why Griffin knows Nathan but not vice-versa. But once Nathan starts digging into Griffin’s past, how long will it before he figures out this is the guy Claudette was with and that he shot? 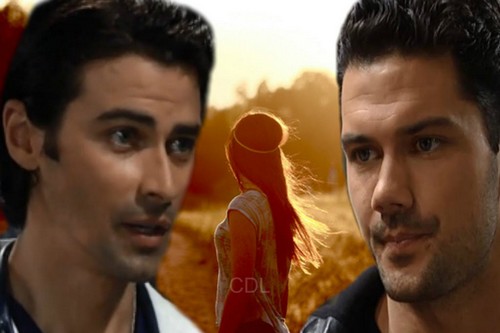 And once Nathan has that information, what will he do with it? Nathan’s mom Dr Obrecht (Kathleen Gati) wanted him to let sleeping dogs lie and is scared he’ll go to jail for the shooting. But since it’s been years and Griffin obviously isn’t looking to press charges, that changes things.

What may further complicate this on this week’s and next week’s episodes is that Nathan will be involved in a major car wreck that leads to Carlos Rivera’s (Jeffrey Vincent Parise) jail break. We know Nathan is seriously injured and is taken to GH for treatment.

That can’t be good news considering it wasn’t too long ago that Nathan was shot. GH’s top surgeon could be involved in Nathan’s treatment. How will that dynamic work out? Griffin isn’t holding a grudge, so there’s no doubt he’ll take good care of Nathan if he gets the case.

But if Nathan realizes the man he shot is in charge of his medical care, will he panic? Since the wreck is coming on Monday, though, Nathan may not have time to dig too deeply into Griffin’s past before he’s injured, so this may play out AFTER Nathan recovers from his injuries.

Meanwhile, Maxie will be initially oblivious to Nathan being in the crash because she’s focused on what Sam Morgan (Kelly Monaco) found out about Claudette. GH spoilers tease that Claudette could hit the scene as early as May but it may be as late as summer sweeps.

With Nathan groggy from pain medication, will he utter Claudette’s name again? Will Griffin or Maxie hear this? What do you think happened with Nathan and Griffin that led to the shooting yet left Nathan not knowing Griffin’s face?

Will Claudette’s debut put her back between the two hunky guys and leave Maxie hurt and out in the cold? Share your comments below on this Nathan-Griffin mystery and check back with CDL often for more “General Hospital” spoilers and news.