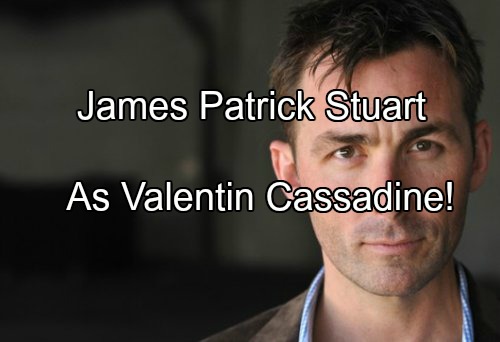 General Hospital (GH) spoilers reveal that at long last, Valentin Cassadine may be joining the GH character canvas and the talented James Patrick Stuart is inhabiting the role. This leak came from Jamey Giddens at Daytime Confidential who has solid inside set sources, so it looks like it’s a go.

For those who don’t recognize the name Valentin Cassadine, this is not a recast of a Cassadine we’ve met – this is one we’ve only heard about. Luke Spencer (Anthony Geary) and Helena Cassadine (Constance Towers) have spoken about him before, though.

Valentin is supposedly the most dangerous of all Cassadines who hates not only his family but the Spencers. There have also been storyline hints dropped for a couple of years now that Valentin might be the father of Nathan West (Ryan Paevey) as well.

Remember all the explosive drama at Crichton-Clark turned when Liesl Obrecht (Kathleen Gati) shot Victor Cassadine (Thaao Penghlis)? Liesl put a bullet in Victor so that he couldn’t reveal that he wasn’t the father of her child and so the truth would stay hidden.

The introduction of Valentin Cassadine opens up a lot of storyline possibilities plus GH fans have been waiting to meet this elusive and most lethal of all Cassadines for years. A Valentin story was written back in 2009 and Matt Borlenghi was cast in the part, but then the writers abruptly canceled that arc. 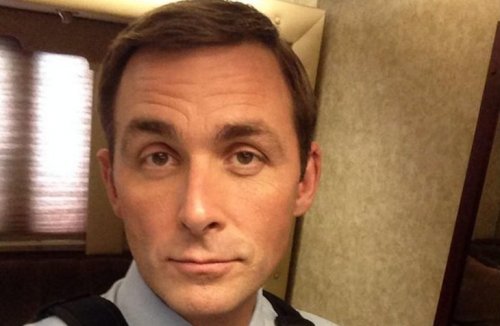 Here’s a quick rundown of this branch of the Cassadine family tree and where Valentin ties into it. Like Alexis Davis (Nancy Grahn), Valentin is an illegitimate child of Mikkos Cassadine (John Colicos). That would make Valentin a half-brother to Alexis and an uncle to Nikolas Cassadine (Nick Stabile).

And if Nathan is Valentin’s son, that would make him a cousin of Nikolas and Sam Morgan (Kelly Monaco). It also gives us new insight into the character of Athena (Jazmyn Skye Vale). It’s been rumored that she is a Cassadine as well, but the daughter of Stavros and Lulu Spencer (Emme Rylan).

Valentin supposedly hates all the Cassadines because he was never welcomed into the family since he was illegitimate and the Spencers as well. So when Nikolas and Ava Jerome (Maura West) arrive on Cassadine island looking for a safe place to lie low, they may find danger instead.

Jason Morgan (Billy Miller) and Sam Morgan (Kelly Monaco) will follow and all four will end up trapped and in danger. Valentin would likely be thrilled to have snared two Cassadines in his trap – both Sam and Nikolas – and there’s no telling what he might do. 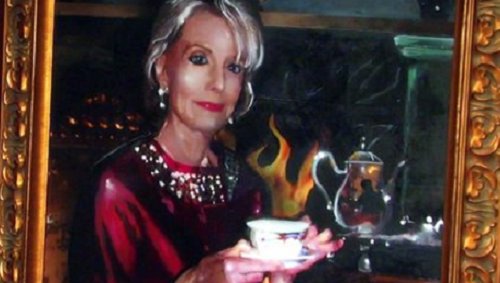 It’s exciting if Valentin is really coming to GH and Daytime Confidential usually gets spot-on General Hospital spoilers, so this seems extremely likely. Plus, this could be a great way to bump ratings since GH fans have been clamoring for Valentin since Helena first spoke of him.

Other General Hospital spoilers reveal that Laura Spencer (Genie Francis) will come to the island soon and she’s a Spencer who was involved with Cassadines, so Valentin wouldn’t look too kindly on her. Lulu and Dante Falconeri (Dominic Zamprogna) will follow and we’ll learn more about Athena.

One last tidbit is that Valentin could very likely be the face reflected in the silver teapot in the weird portrait that Helena left to Nikolas. Was that Helena’s way of trying to warn her grandson about the return of his evil uncle?

All of this adventure unfolds on Cassadine Island next week when James Patrick Stuart make his first appearance on Friday, July 8. All the ABC press for his part has him going by the name Theo. But that may be to try to keep GH fans in the dark.

Alternately, Valentin may introduce himself as “Theo” and then reveal his true identity later when it suits him best. We’ll see – don’t miss a moment of the Cassadine Island adventure that kicks off in a big way next week. 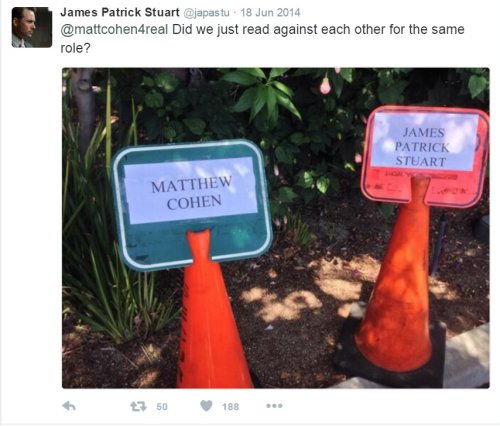 Interesting side note on James Patrick Stuart – in addition to All My Children, primetime TV viewers may know him from Supernatural as Dick Roman. Matt Cohen (aka Griffin Munro) was also on Supernatural but they didn’t overlap.

However, both make appearances at Supernatural conventions occasionally and as you can see from the pic above, they apparently know each other – so that means James Patrick Stuart has at least one pal on set already!