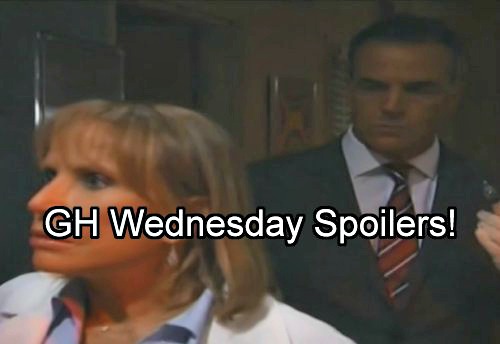 New General Hospital (GH) spoilers for the Wednesday, August 31 episode show that Liz is in danger, Hayden is running scared, Jordan is at GH asking probing questions, Alexis spirals out, Paul stalks another victim and Ava uses her newfound knowledge to her benefit.

At GH, Monica Quartermaine (Leslie Charleson) is in danger as ambidextrous serial killer Paul Hornsby (Richard Burgi) creeps up behind her with a syringe of Derisofol in his left hand. She’s in imminent danger but is saved by the bell. Paul will have to stalk someone else. 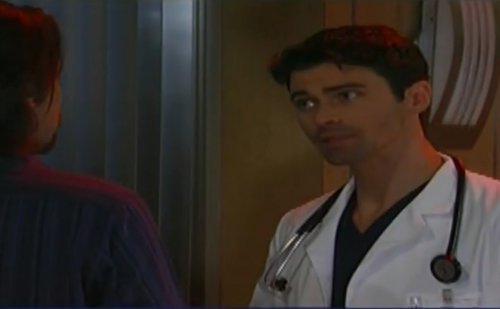 Dr. Griffin Munro (Matt Cohen) checks over Elizabeth Webber (Rebecca Herbst) and is concerned about her condition. Liz has a head wound and broken bones and Griffin warns Franco (Roger Howarth) that Liz is not out of the woods and her life is still at risk.

Hayden Barnes (Rebecca Budig) is freaking out and tells Hamilton Finn (Michael Easton) that she’s in big trouble. Finn might think she’s talking about the Liz-stair situation but Hayden may, in fact, be thinking more about the diamonds and the PCPD. 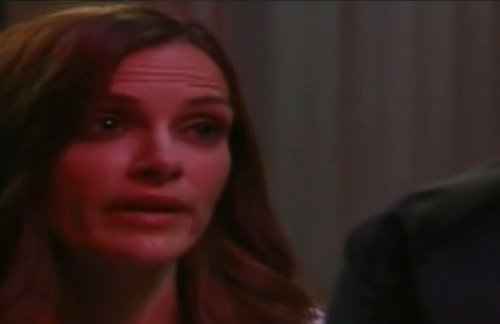 Jordan Ashford (Vinessa Antoine) shows up to GH and starts asking questions. General Hospital spoilers reveal that Jordan overhears Finn and Hayden talking. That, coupled with Liz’s call to Jordan telling her she had evidence against Hayden, has Jordan suspicious.

This culminates in Jordan making an arrest on the Wednesday episode, but it won’t be the GH serial killer – that will drag on for months. More likely it’s Hayden that gets the cuffs slapped on her as the probable Liz pusher and that won’t be helped by killer Paul having a say as well. 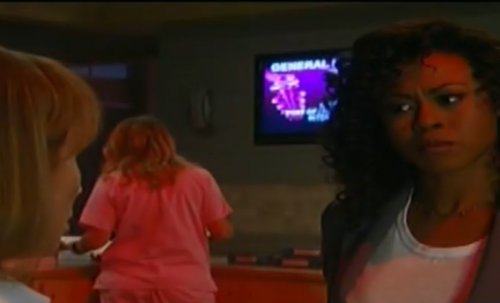 Franco has some things to say that won’t help Hayden when he mentions that he found her on the staircase with Liz. Finn steps up to defend Hayden, but it looks like she’s heading to the jail. Wonder if she’ll get to hang with Julian Jerome (William deVry).

Speaking of Julian, Alexis Davis (Nancy Grahn) is spiraling now that she lost her law license and is falling apart. General Hospital spoilers show Alexis having some sort of hallucination that her murderous hubby Julian is out of jail and ready to resume their life together. 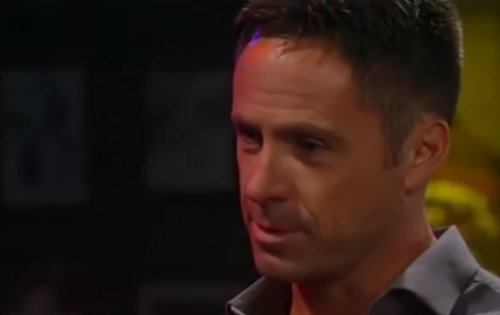 Alexis turns to Diane Miller (Carolyn Hennesy) for wise counsel in her time of need. Can Diane get Alexis back on the rails?  Back at GH, Jordan wants to talk to Monica about why Paul was at the hospital. He told Finn and Andre Maddox (Anthony Montgomery) that he was pulled out of a board meeting.

GH serial killer Paul may strike again after Monica eludes him – will there be another kill while everyone is focused on Liz, Hayden, and the blackout? General Hospital spoilers also tease that Griffin will soon find a piece of evidence that points to the killer’s identity. 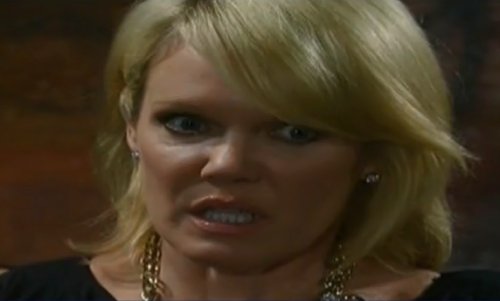 Now that Ava Jerome (Maura West) realizes for sure that Paul is the killer since she found his Derisofol stash, she’s going to turn this to her advantage. We’ll see Ava ask Paul for something but Ava may be putting her life at risk trying to bargain with a serial killer.

All this and more coming on the Wednesday, August 31 GH episode. Share your comments below and check back with CDL often for all the latest General Hospital spoilers and news.