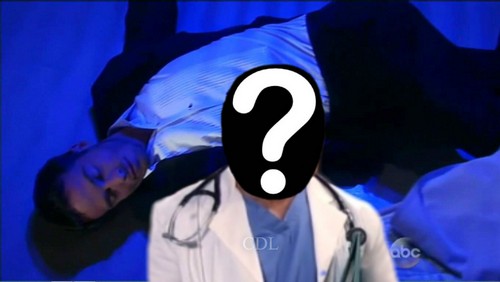 “General Hospital” (GH) spoilers tease that we’ll soon find out who has been killing off Dr Hamilton Finn’s (Michael Easton) patients and it’s not who you think it is. It looks like it’s a GH staffer that’s been euthanizing patients, but who is this angel of death?

The storyline has been constructed to make it look like it’s either Finn or Dr Liesl Obrecht (Kathleen Gati). Since lizard-loving Finn seems to be a druggie of some sort, it would be easy to view him as possibly a Dr Jekyll/Mr Hyde type of deranged madman. But nope, General Hospital spoilers proclaim Finn is innocent.

And since Dr Obrecht has been hell bent on destroying Finn, she also seems a likely candidate as Dr Death. After all, we’ve seen Dr O kill before – she exterminated Victor Cassadine (Thaao Penghlis) with extreme prejudice and has a shady past. But this time Frau Obrecht is in the clear too.

So who is it? Who’s been killing off Finn’s patients? Who else besides Dr O has a grudge against the guy? 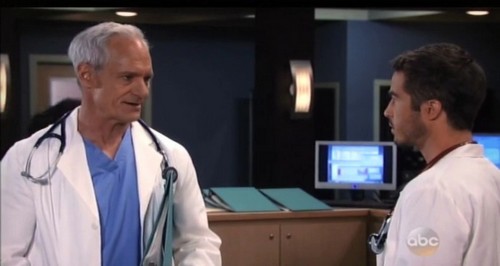 GH spoilers point to Dr Death being the irritable and irritating Dr Matthew Mayes (Matt Riedy) who was furious that Finn was brought in to take over the Tracy Quartermaine (Jane Elliott) case. Mayes was livid about Finn’s arrival and did everything he could to keep him off the case.

That alone would likely not have made Mayes snap enough to turn Dr Kevorkian on General Hospital patients. Instead, Mayes may have been killing for years but it never came to light until Dr Obrecht began stalking Finn and noticed a pattern in patient deaths.

In fact, Mayes may have been selectively killing patients for a while. However, his recent activities have been focused on Finn’s patients and discrediting the rival doctor. The problem is, Finn was cleared in the first two deaths by the GH mortality review board.

So Mayes needed to step up his efforts to ruin Finn’s career once and for all – that meant killing off an otherwise healthy patient. So when Bobbie Spencer (Jacklyn Zeman) arrived, it was the perfect opportunity to kill again but in a more obvious way.

The problem was, Lucas Jones (Ryan Carnes) came into the room and would have immediately recognized Dr Mayes, knew he should NOT have been in his mother’s room, and saw the syringe that the guy was about to inject into Bobbie.

But with Bobbie already knocked out since Finn sedated her for her bout of vertigo, Mayes had to turn on Lucas instead. Lucas was unconscious last we saw him and it’s unlikely that Mayes would have simply assaulted him and run off.

Mayes needed to make it so Lucas couldn’t rat him out, so he likely used the syringe on Lucas instead. What we don’t know is if Lucas might survive the dose since he’s young, healthy, and Mayes may not have had time to give him a full dose of the killer drug cocktail.

What also indicates Mayes is the killer, although we haven’t seen him since March, is that portrayer Matt Riedy is slated to appear on GH on Friday June 3 and Monday June 6. Let’s hope he shows up in time to be caught and arrested by the PCPD.