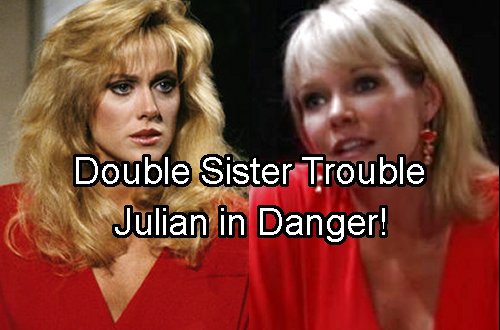 General Hospital (GH) spoilers reveal that Ava Jerome (Maura West) and Olivia Jerome (Tonja Walker) are working together and that means Julian Jerome (William deVry) may be in a world of hurt soon because of their evil alliance.

Ava is always thinking two steps ahead of everyone around her and that includes her brother Julian. Her big sister Olivia is also devious and she and Julian were at odds throughout their lives as they fought for dominance in their dad’s mob organization.

Ava was the younger sister and out of the picture since she was raised by her mom Delia Ryan (Ilene Kristen). But when her big sis Olivia approached her about taking over the mob base in Port Charles and shoving Julian aside, it was a match made in hell. 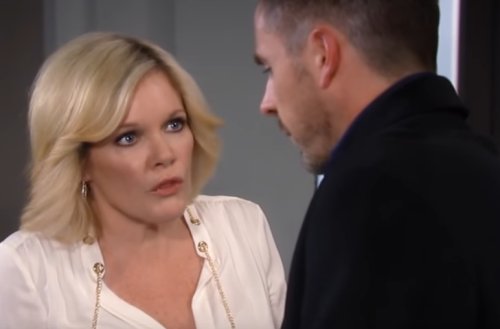 Julian has also done Ava dirty by choosing Alexis Davis (Nancy Grahn) over her many times before. It’s no stretch to imagine that once the Jerome sisters met, that they would have a lot in common including some hard feelings against brother Julian.

Ava also would like to see Sonny Corinthos (Maurice Benard) destroyed, so Olivia’s plan to set Sonny up for the car bomb would have been a big hit with Ava. Julian was never the intended target – the bomb was set to go off when he wasn’t in the car.

Olivia had the bomb planted and this explains why Ava was so nervous and freaked out the night that Morgan Corinthos (Bryan Craig) stole Julian’s car – she knew there was a bomb in it and was hoping he wouldn’t be killed.

But Morgan was killed, although he’ll be back with a recast pretty soon. Julian will be shocked to find out that his sisters cut a deal behind his back and are the ones threatening his loved ones to make him do what they want. 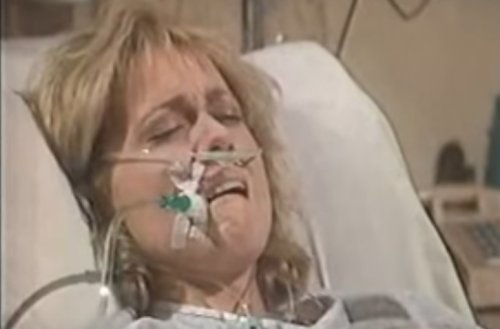 Little does Julian know, Ava is still his ally in this scheme. Ava loves Julian – he’s her big brother and she cares about him. She doesn’t want to see him dead – she just wants him to drop Alexis and come back into the life they once shared.

But Olivia wouldn’t mind seeing their brother dead since he shot her back in the day. Ava is trying to balance herself between the two and has struck a deal with the big sister she never knew but also trying to stop Olivia from killing Julian.

Olivia and Ava have two different end games in mind. Ava wants the three Jeromes together running the cartel while Olivia wants Julian out and her and Ava running it. But if Ava proves to be disloyal, Olivia might also take her out.

Share your comments below on the Jerome sisters alliance and check back with CDL often for the hottest General Hospital spoilers and news.