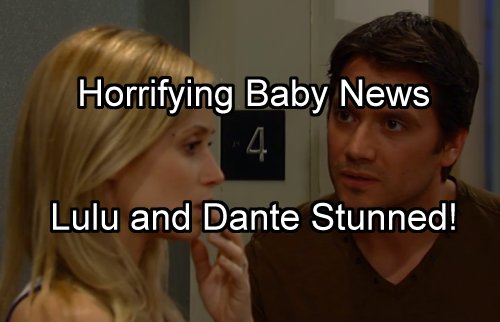 New General Hospital (GH) spoilers tease that Dante Falconeri (Dominic Zamprogna) and Lulu Spencer (Emme Rylan) will be crushed by devastating baby news this week. Lulu is preparing to implant their embryo and the couple talk excitedly about being pregnant this Fall.

However, all of their plans turn to dust when they get the news that their embryo won’t work. They will soon discover from Dr Lee (Minae Noji) that the embryo is not viable or is missing – and that means their last chance to have another child together is also lost.

Lulu will be left reeling. She was already cheated out of the experience of carrying her own baby when Britt Westbourne (Kelly Thiebaud) stole one of their embryos and carried son Rocco to birth. Then another embryo was lost when surrogate Maxie Jones (Kirsten Storms) had a miscarriage. 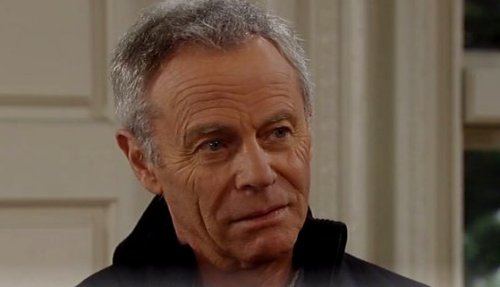 Their road to parenthood has not been easy. So when they find out baby number two won’t happen, they will be devastated. There are no more embryos and Lulu has no eggs left to make more. Except for one… There’s the embryo that Stavros made and Helena kept safe.

The Cassadine Island plot was thrown out the window when Nikolas Cassadine portrayer (Tyler Christopher) fell into a rumored contract dispute with the network and the embryo and envelope was supposed to be part of it.

Other upcoming General Hospital spoilers reveal that Robert Scorpio (Tristan Rogers) is back to Port Charles soon and, on September 8, will have some life-changing news for Dante and Lulu. Did Robert go to Cassadine Island to explore after Valentin Cassadine’s (James Stuart) arrest? 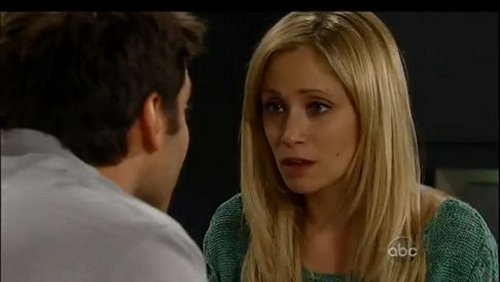 Helena advised Lulu that “when your life is empty” that the envelope would give her “what you need.” What Lulu needs is another baby. And it’s doubtful that she’ll find an industrial grade medical freezer with an embryo inside at the address where Daphne lives.

Instead, she’s more likely to find a daughter that was born of the Stavros-Lulu embryo via surrogate and being raised on the Island. Athena was cast months ago with Jazmyn Skye-Vale but we never saw the child because the island plot was thrown into chaos.

So it’s likely Robert will turn up with news that will give Dante and Lulu hope that they can have a daughter, even if Lulu once again missed out on carrying the child. It’s not quite what they wanted, but it will do. 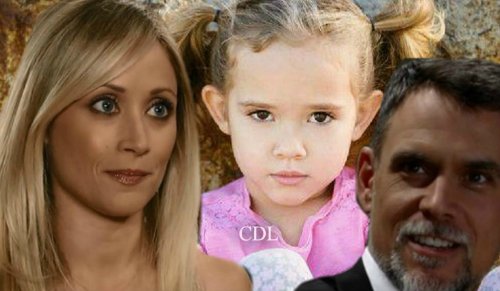 General Hospital spoilers from the scrapped island plot teased that Lulu and Dante would come back from the island with an expanded family, so it seems like GH showrunners are now trying to salvage that part of the plot now to keep the couple’s story moving forward.

What do you think GH fans? Will you be heartbroken for Dante and Lulu when they get the news that Lulu can’t be implanted because of an embryo issue? Are you excited that she has a daughter out there somewhere?