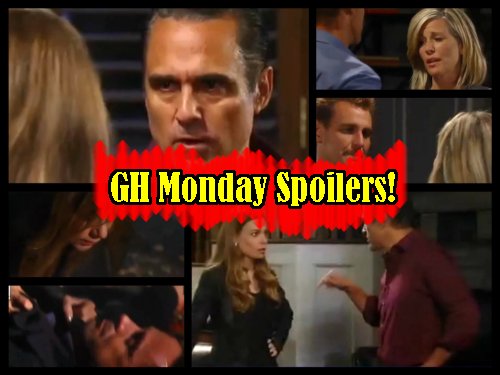 New General Hospital (GH) spoilers for the episode on Monday, November 28 reveal that Julian is in bad shape, Sonny flips out on Nelle, Carly is conflicted, Andre and Jordan get into it, and Valerie wants to make things clear with her ex.

Thanksgiving winds down on the Monday episode with Alexis Davis (Nancy Grahn) begging Julian Jerome (William deVry) not to die on her. He’s critically injured, has a big bloody gash in his head and isn’t conscious. Alexis is in a panic, blames him, and flees after calling 911.

Sam Morgan (Kelly Monaco) has no idea how deep in trouble her mom is but confidently tells Jason Morgan (Billy Miller) that Alexis is on the fast-track to getting her law license back. Little does she know, Alexis may have just ruined her life depending on what Julian does next. 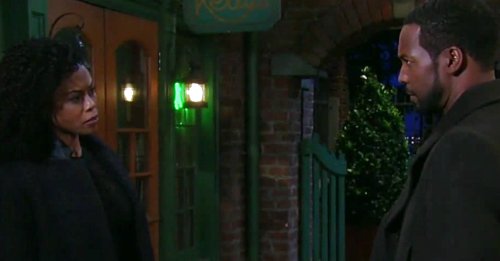 Jordan Ashford (Vinessa Antoine) confronts Andre Maddox (Anthony Montgomery) because he answered her phone when Curtis Ashford (Donnell Turner) called about the ‘Pete the driver’ shooting. Not only did Andre answer the PCPD chief’s phone when he shouldn’t have, but didn’t pass on the message.

Andre’s jealousy compromised Jordan’s investigation into the death of Morgan Corinthos (Bryan Craig). Things are splintering and those two might not be together come Christmas. Curtis will be keeping his eye on that since he just teased Jordan about their off the chain chemistry.

Curtis runs into Valerie Spencer (Brytni Sarpy) at Kelly’s and the encounter is not pleasant. Valerie loudly reiterates to Curtis that they are done and she’s not interested in getting back with him. Curtis might not care since he’s checking out Jordan every chance he gets. 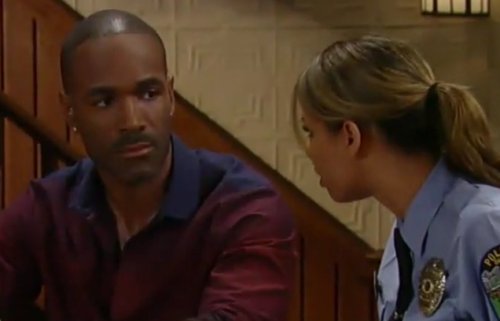 Carly Corinthos (Laura Wright) tells Jasper Jax (Ingo Rademacher) that she couldn’t have gotten through Thanksgiving without him. Carly is torn between her renewed interest in Jax and her determination to stay split from Sonny but Jax doesn’t want to be a consolation prize.

GH spoilers tease that November 28 will be Jax’s last day in Port Charles and he’ll leave town so Carly can get herself sorted out. Sonny is furious after Nelle Hayes (Chloe Lanier) told him about Carly and Jax kissing and he’s drunk and out of his mind.

Sonny demands that Nelle tell him if Jax and Carly are sleeping together. They are not but it doesn’t seem likely that Nelle will clarify that. She’s pulling strings to split them up for good. This is all part of her plan to wreck Carly’s life and, unfortunately, Carly gave her some material to work with. 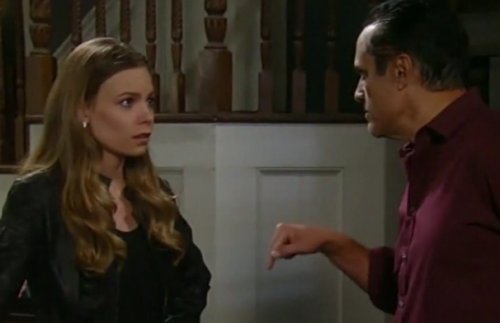 Will Nelle hedge on the truth or outright lie to make Carly look worse? Nelle will take advantage of drunk Sonny and GH spoilers hint Nelle will make a play to get much closer to Sonny soon. This is the first step in doing Carly just as dirty as Carly once did Bobbie Spencer (Jacklyn Zeman).

There’s lots of drama on the Monday, November 28 GH episode. Share your comments on these hot spoilers and check back with CDL often for the latest General Hospital spoilers and news.