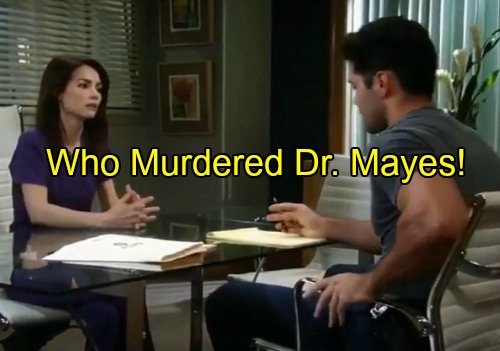 General Hospital spoilers video shows Nathan starts his questioning with Liz Webber (Rebecca Herbst) since she found Dr Mayes. When Liz discovered the doc on Friday, he was non-responsive and she called a code blue. 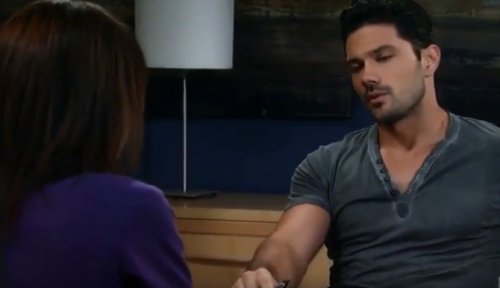 What’s really interesting is that Liz was taking a second look at Dr Mayes as the possible serial killer suspect since he was talking about how awful it is to see old people age beyond what seems humane. That had Liz wondering if he wasn’t an “angel of mercy.” 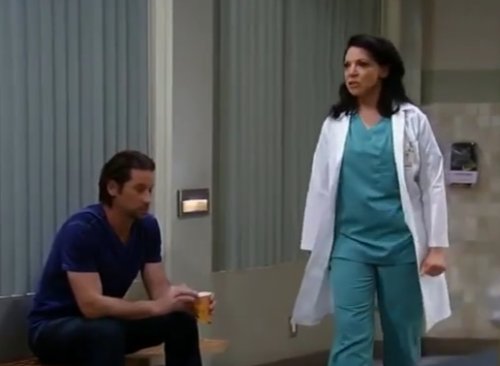 Nathan tells Liz that Dr Mayes’ death is definitely a homicide and he died of the same drug that Lucas Jones (Ryan Carnes) was given – derisifol. Nathan tells her that the ME believes the killer is the same person that tried to kill Lucas.

Liz tells Nathan that she and Dr Mayes were working with a patient and when she went back to check on the patient, she found Dr Mayes on the floor non-responsive. The tone changes when Liz mentions that Franco turned up when she called for help. 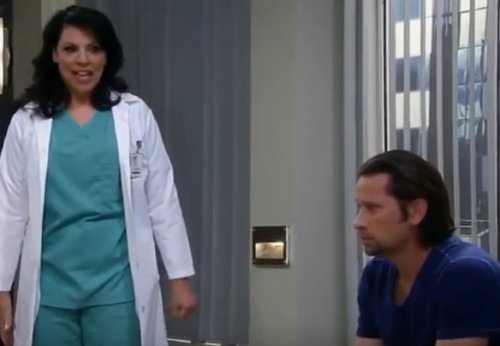 Dr O rants about this grouchy doc getting whacked while Finn is in jail. She’s certainly never heard that it’s bad karma to speak ill of the dead because she has nothing good to say about Mayes. She rages that it’s not right that all of them are under suspicion.

Liesl curses in German and Franco tells her that you get used to being accused of everything. Since both Dr O and Franco have killed before, it kinda makes sense that they are on Nathan’s list. However, Liz will defend Franco and doesn’t think he did this. 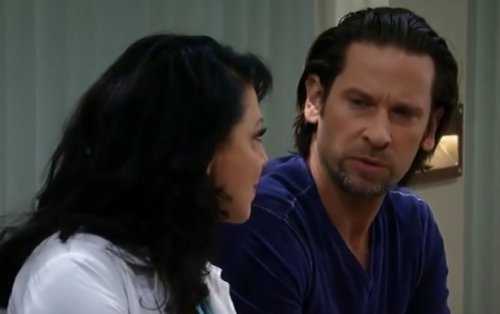 Liesl agrees that with their histories, it’s natural that they would fall under suspicion. Dr O offers to alibi Franco for last night and say they were at dinner but Franco wonders if she’s the one who needs an alibi. He was at the jail with Heather Webber (Robin Mattson), so Franco has an alibi.

According to General Hospital spoilers, Griffin Munro (Matt Cohen) will join them and complain about how long this is taking since he has patients to tend to. Liesl reminds him they all do and Franco asks why he’s the voice of reason. 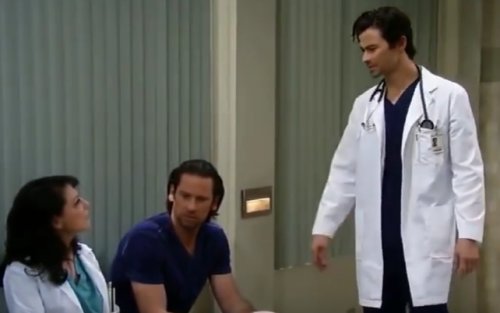 Franco sees the real issue is not them being interviewed or seeing patients but the fact that there is a killer roaming the halls of GH. Franco says there seems to be no discernable motive but Griffin thinks he knows what the motive is – what will he say?

While Liz will defend Franco, she might also report to Nathan that Hayden Barnes (Rebecca Budig) was dressed in scrubs and digging through the mail earlier today. That casts suspicion on Hayden plus Liz knows that Hayden and Finn are hiding a secret. 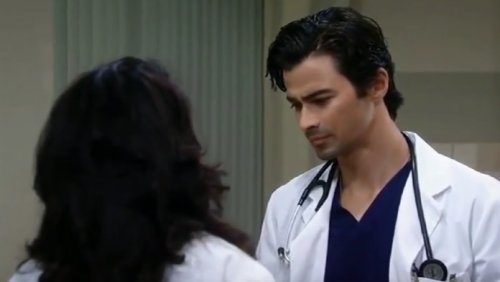 How long til Liz theorizes, to Nathan or Franco – or both – that Finn and Hayden might be co-conspirators? It’s outrageous but the PCPD cops love to chase red herrings, so Hayden might get some cell time with Finn. We’ll see.

Other General Hospital spoilers reveal that when it’s Griffin turn to be interrogated by Nathan, that he will get very irritated. Griffin knows the cop grilling him about a murder tried to murder him and that’s a bitter pill to swallow. 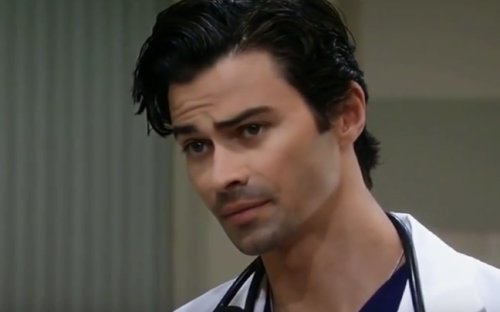 Can Griffin contain his agitation? Will Nathan see the agitation as a sign of guilt? GH spoilers tease that it won’t be Nathan that cracks this case, but Valerie Spencer (Brytni Sarpy) and her life will be at risk too before all is said and done.

What do you think GH fans? Are you excited to see the GH serial killer investigation kick into high gear? Share your comments below and check back with CDL often for all the latest General Hospital spoilers and news.