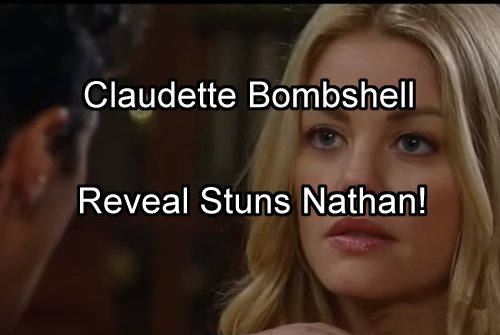 New General Hospital (GH) spoilers reveal that Claudette Bolland (Bree Williamson) is not ready to leave town defeated without winning back either Nathan West (Ryan Paevey) or Griffin Munro (Matt Cohen) and has a couple of trump cards yet to play, one of which is a bombshell she drops this week.

What is it that Claudette is hiding and who will it effect? Maxie Jones (Kirsten Storms) doesn’t trust that the priest-cheating and homicidal-hubby revelations are the only skeletons in Claudette’s closet. Maxie has tasked Damien Spinelli (Bradford Anderson) to dig into Claudette’s past and he’s back with info. 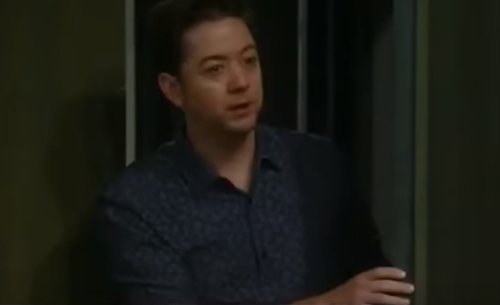 On the Monday, September 19 GH, there are two twists in the Claudette drama that will stun Maxie, Nathan and Griffin. Claudette and Griffin sit down to talk and he knows she’s hiding something from him and demands that she come clean. Once she does, Griffin is worried what this means.

Griffin knows what she told him will shock Nathan and stun Maxie and he begs her to stop what she’s doing, go away, and leave everyone in peace. Of course, she won’t. At the same time, Spinelli drops by to see Maxie with an update on the Claudette investigation. But do these events align? 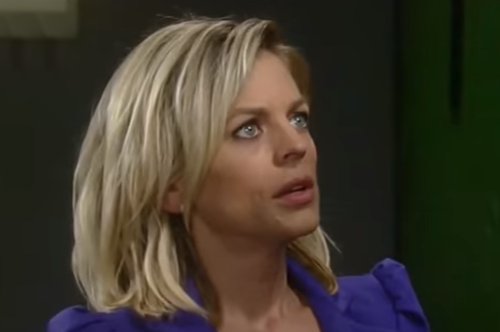 Is what Spinelli discovers the same thing that Claudette confesses to Griffin? Or are two skeletons about to pop out of Claudette’s crowded closet? Claudette also has a shady phone conversation this week that ties to what she’ll reveal to Griffin. But what is it that’s about to come out about Claudette?

Hmm… General Hospital spoilers reveal that Nathan will be stunned by a bombshell this week. Knowing that the news impacts Nathan and Maxie, a couple of options spring to mind. First, could Claudette have a child we’ve yet to meet? It’s been several years since the Nathan-Claudette-Griffin upheaval. 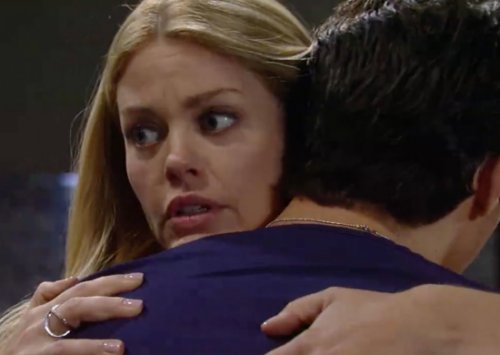 Claudette might have a young child that she’s been hiding from her exes. Is that what the mystery phone call is about and her tense talk with Griffin? That would open lots of avenues because the immediate question would be, who’s the baby daddy – Griffin or Nathan? That would be a stunner.

But the last thing Port Charles needs is another kid-centric storyline, right? What else could impact Maxie and Nathan? Hmm… Perhaps Nathan isn’t free to get married. Could he and Claudette still be wed because their divorce never finalized? If so, Claudette could refuse to sign the papers. 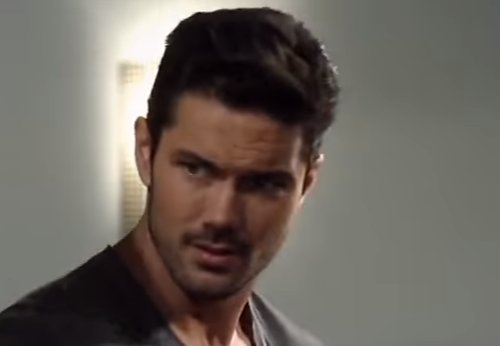 With Nathan and Maxie planning to get hitched soon, Nathan still being married to his crafty Canadian ex would prove problematic particularly if she drags her heels and fights the divorce. All in all, a kid might be better for Nathan and Maxie’s future than a divorce that never went through.

What do you think GH fans? What bombshell do you think Claudette will drop this week? Does she have a kid fathered by one of her former lovers? Or could she still be married to Nathan? Or is it something else, but equally as devastating to Nathan and Maxie?

Share your thoughts on what Claudette is up to and check back with CDL often for all the latest General Hospital spoilers and news.