“General Hospital” (GH) spoilers tease that we may get a look at new character Dr Griffin Munro (Matt Cohen) before he makes his debut in scrubs at GH to treat Sonny Corinthos (Maurice Benard). Does Griffin have a past with Hayden Barnes (Rebecca Budig) – is he the mysterious ex?

On the Wednesday, February 3 show, Hayden was happily checking out her new ring when a guy called out “Rachel” to her. Of course, we know this is Hayden’s real name. Tracy Quartermaine (Jane Elliot) clued us in on this when she threatened to expose Hayden’s past.

We know that Hayden’s name was once Rachel and she has some sort of scandal that she’s afraid of having exposed. It’s very likely Hayden has legally changed her name since then – should be no worries that her marriage to Nikolas Cassadine (Tyler Christopher) is invalid…

However, the ink isn’t dry on her marriage certificate and Nikolas will catch her in a lie and it’s all down to this mystery guy – who we think could be Dr Griffin Munro. Take a look at the pic below – this is a script “leaked” last month by Ryan Paevey. This same script allowed CDL to announce exclusively and correctly that Hayden and Nik would have a quickie Vegas wedding. 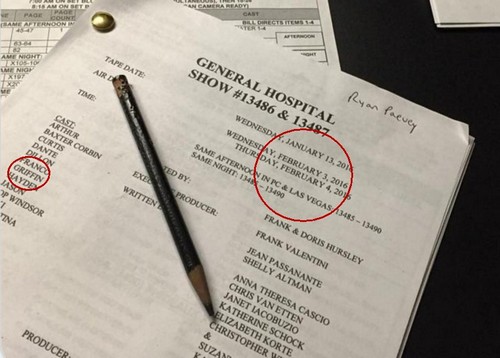 The script was snapped in an Instagram post and then later taken down. CDL posted on January 14 that the script predicted a Vegas wedding between Nikolas and Hayden – and we were spot on. The script also lists – see circled in red – that Griffin will be part of the February 3-4 shows.

GH spoilers from TV Guide indicate that Sonny will meet his new doc on Friday February 5. That leaves room for Dr Munro to be in Vegas to cause Hayden problems. GH spoilers have also revealed that Griffin knows someone else in Port Charles – besides Lucas Jones (Ryan Carnes).

Could that someone else be Hayden? Is Hayden aka Rachel an ex of Griffin’s? Persistent GH spoilers that have lingered since Hayden came out of her coma hinted that she has an ex we will meet at some point. The big question is, who is Rachel? And what is her scandal?

There are two Rachel’s in GH history. She could be one of these or a new character with the same name.

Rachel Locke – She was a shrink at GH played by Kimberlin Brown (who is 12 years older than Rebecca Budig – but soaps tinker with ages). She was last seen in a coma at a mental institution after a scandal.

Rachel Adair – She was a pediatrician at GH played by Amy Grabow (who is just a few years younger than Budig). This Rachel had drama with Courtney Matthews and AJ and was poisoned and presumed dead.

Ages can be tinkered with, comas are reversible, and dead doesn’t mean dead in Port Charles – as we’ve seen since Jake Spencer (James Nigbor) just survived his second vehicular assault… Hayden being Rachel Adair would be a bigger deal since that Rachel did Courtney dirty – Nikolas’ beloved wife.

If Hayden was one of these two docs, she could have easily met Griffin in medical school which would explain their back story. There are a few years between Matt Cohen and Rebecca Budig, but she looks young, so they could be of an age. 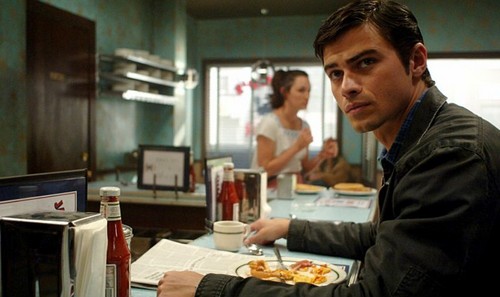 So what do you think GH fans? Does the new GH doc just happen to be in the same Vegas casino as Hayden and Nikolas when they did their cheesy wedding? Whomever it is, it will spur Nikolas to wonder what his new wife is hiding from him.

And if Griffin is Rachel/Hayden’s ex and headed to Port Charles, it will complicate her situation with Tracy so much more. Share your comments below and check back with CDL often for more “General Hospital” spoilers and news.