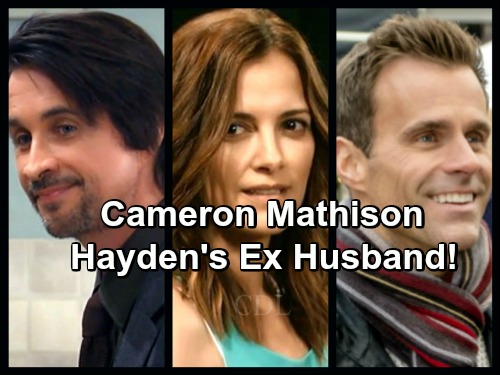 General Hospital (GH) spoilers reveal that the long-simmering hints that Hayden Barnes’ (Rebecca Budig) has an ex-husband have come true and he’s on his way to Port Charles. This will infuriate Hamilton Finn (Michael Easton) since he risked everything to save her life.

Hayden is still presumed a widow from the death of Nikolas Cassadine (Tyler Christopher) but he wasn’t her first husband. Turns out Hayden had a husband back when she was Rachel Berlin and this guy is not so nice and was part of her big downfall during her father’s criminal trial. 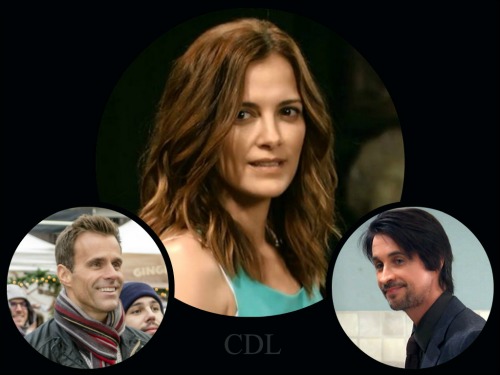 There has been talk ever since Hayden woke from her coma after Nikolas had her shot that GH was creating a torrid backstory for her and it involved an ex-husband. Some spoilers said he had done bad things to Hayden/Rachel, but it wasn’t clear if it was physical abuse or something else.

Now General Hospital casting rumors are floating that All My Children’s Cameron Mathison may have nabbed the role of Hayden’s ex. Since Hayden and Finn are both cured and ready to fall fully in love, of course GH has to put another obstacle in their way. 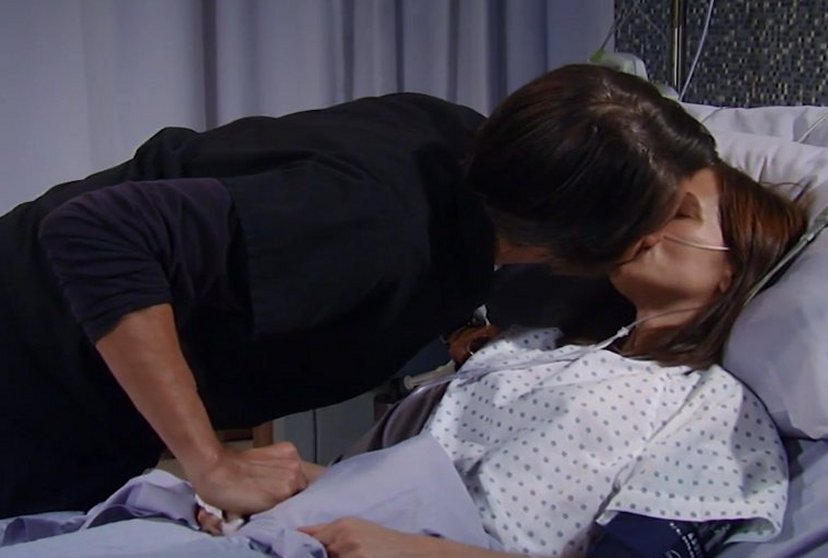 There was talk that Nikolas would be recast and he’d be the problem for the couple, but now it seems GH is leaving the Cassadine prince dead and has moved back to the original plot they had discussed many long months ago.

Some GH spoilers tease that Finn might face criminal charges for testing an unlicensed experimental drug on Hayden. Naomi Dreyfus (Robin Riker) certainly wasn’t happy about it. Would she rat him out to the PCPD?

Rebecca Budig shared pics of Michael Easton and Roger Howarth in matching grey coveralls a couple of weeks back and joked that they would move your furniture for you. But these may be prison outfits since both will soon face legal trouble.

Franco will be arrested for Tom Baker’s (Don Harvey) murder and Finn could face handcuffs for experimenting on Hayden and using the GH lab when he didn’t have hospital privileges. If Finn is behind bars when Hayden’s ex comes to Port Charles, that’s a problem. 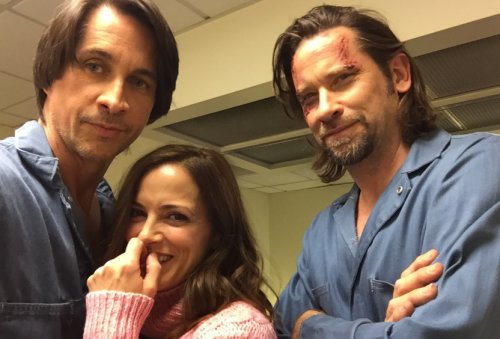 Hayden admitted she loved Finn while she was feverish and rambling and he finally broke and gave her a passionate kiss when he gave her the cure or kill treatment. They are both ready to be together and Tracy Quartermaine (Jane Elliot) is cheering this pair.

So it’s only logical that General Hospital showrunners will mess up what could be their happy ending and rip the couple apart with Finn’s arrest and Hayden’s ex coming to town. Whether it’s Cameron Mathison or another soap actor, an ex for Hayden is an exciting twist.

Rebecca Budig has lots of soap pals from her past work on other shows and recently shared a pic of her with Cameron and said she had breakfast with “my buddy” and his wife today. Could it be that the two were meeting up to discuss their future GH scenes and scripts?

What do you think GH fans? Are you excited to see Hayden get an ex? Are you heartbroken that Hayden and Finn won’t be coupling up quite as soon as you hoped? Share your comments below.

Tune into CDL often for the hottest General Hospital spoilers and news.