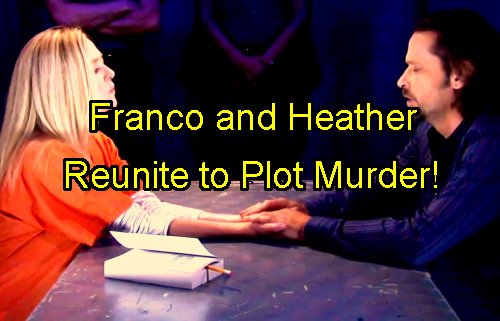 New General Hospital (GH) spoilers reveal that Tom Baker (Don Harvey) Is not a changed man like he claims and he’ll soon come back for Liz Webber (Rebecca Herbst) and Franco (Roger Howarth) won’t stand for it.

In coming days, Tom will show up at General Hospital and Liz will flip out, terrified that her rapist is there for her. He’ll have some creepy things to say to Liz. Looks like her threatening Tom with pepper spray did not have the desired effect.

Tom isn’t scared of Liz and since Alexis Davis (Nancy Grahn) blabbed to Tom that Franco is a reformed good-guy now, he’s also not scared of the former serial killer. This means trouble. Tom seems to still have an obsession with Liz and that’s a problem.

When Tom shows up to the hospital and upsets Liz, Franco snaps and physically assaults him. Things look bad between the bad guy and former bad guy and someone has to stop it before it gets even worse. That someone is Griffin Munro (Matt Cohen). 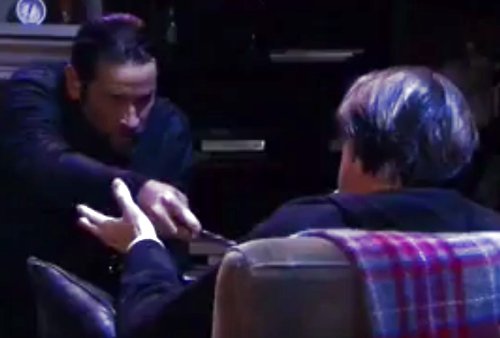 Griffin gets in between Tom and Franco and breaks up the fight. Liz will find all of this upsetting. She doesn’t want Tom terrorizing her but she also doesn’t want Franco to wind up in trouble with the law and in jail for defending her.

But Franco isn’t worried about himself, he’s worried about Liz and will do anything to save her. However, he also doesn’t want to wind up in jail. Franco wants a happily ever after with Liz and that means being clever about this.

When Franco promises Liz he’d leave Tom alone, he meant it. But when Tom invades Liz’s safe space by showing up at GH, all bets are off. The physical confrontation was a bad idea but Franco snapped and acted in the heat of the moment.

Next time, Franco won’t act on impulse. It will be a well thought out plan of attack to get Tom out of Liz’s life for good. Franco needs a criminal mastermind to advise him and GH spoilers say that he will go see his mom Heather Webber (Robin Mattson) next week. 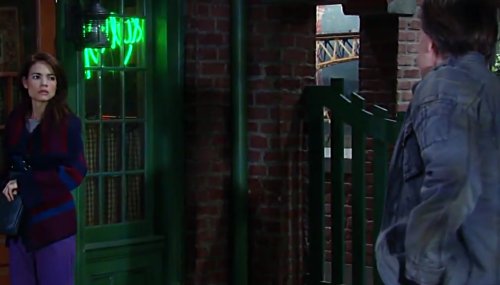 Heather might not be receptive to Franco’s visit at first. Last time he came to see her, Franco recorded his mom confessing to attempted murder of Bobbie Spencer (Jacklyn Zeman) and Lucas Jones (Ryan Carnes) and turned it over to Jordan Ashford (Vinessa Antoine).

But if there’s anything Heather loves more than her little boy, it’s a good murder scheme. Franco asks his mom to help him come up with a way to get Tom out of Liz’s life for good without him going down for a crime. Heather is a master planner.

There’s nothing like a little mother-son bonding over violence and vengeance. GH fans always love when Heather makes an appearance and this should be a good one as she and Franco hatch a plan to take care of Tom, who needs to realize Liz isn’t his victim anymore.

What do you think GH fans? Are you ready to see Tom get what’s coming to him? Share your comments below and check back with CDL often for the latest General Hospital spoilers and news.