‘General Hospital’ Spoilers: Lulu Goes to War With Valentin Over Charlotte – Demands Her Child Back 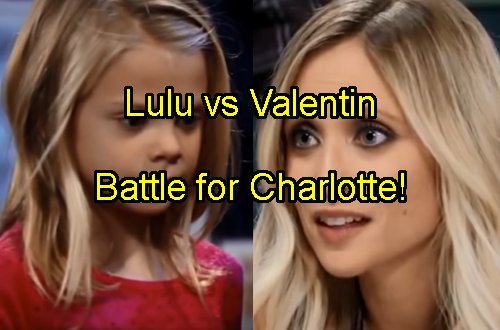 New General Hospital (GH) spoilers reveal that early December brings lots of baby mama drama and it’s all about Lulu Spencer (Emme Rylan). Daphne told Lulu the embryo wasn’t viable but that might be because Helena Cassadine (Constance Towers) decided on another surrogate. Here’s what is coming.

The first week of December, Lulu begins to take an interest in Charlotte Cassadine (Scarlett Fernandez). Remember Laura Spencer (Genie Francis) already decided the child looks familiar to her. But why would they care about the kid of Valentin Cassadine (James Stuart) and Claudette Bolland (Bree Williamson)?

It seems more and more likely that Claudette is not the biological mother of Charlotte and was simply a surrogate. Also, consider that Anna Devane (Finola Hughes) is increasingly sure she knows Valentin from somewhere. She might if he’s really Stavros Cassadine who had plastic surgery to disguise his identity. 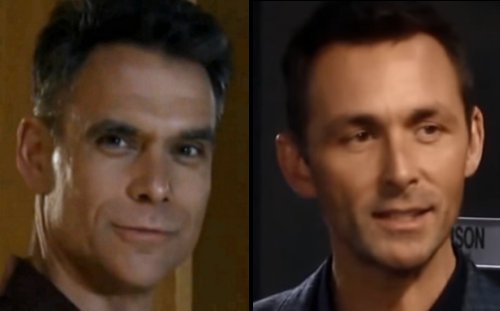 Another early December GH spoiler says Lulu and Dante Falconeri (Dominic Zamprogna) start to ask questions about Charlotte after they develop some suspicions. There is one paternity test that shows Valentin is Charlotte’s father. But there is no proof that Claudette is the mother of the little girl.

Will Lulu push for a maternal DNA test based on her suspicions? Or will she and Dante try and steal a lock of hair from the child to secretly run a test? Although the timing is off, it seems like GH is going to make Charlotte the embryo baby of Lulu and Stavros and that means a war triggered by Lulu.

She wants another biological child desperately and once she becomes convinced Charlotte is her bio-kid, she won’t let anything keep her apart from her daughter. For now, Valentin will start playing house with Nina Clay (Michelle Stafford) and use Charlotte to lure her back into his bed and his life. 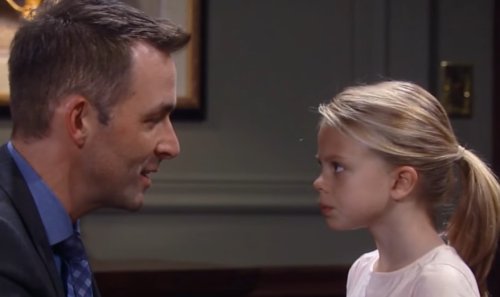 With Nina firmly attached to Charlotte and happy to play mom, that puts another obstacle in between Lulu and her little girl. Nina has lots of money to help Valentin fight a legal battle. Nina already wanted to buy a black market baby, so it’s not a stretch for her to ally with Valentin to help keep the kid.

What’s disturbing is that Lulu might only get joint custody of her daughter. Since both biological parents are apparently alive, the courts might force them to share the child which would put Stavros/Valentin in Lulu and Dante’s lives for the foreseeable future. Dante will hate that.

He doesn’t want a Cassadine child in his house, but he won’t have any choice. This plot is taking a disturbing turn and will pull in lots of people before it’s over. If Valentin is Stavros, that means Laura and Lulu both have a child with him which is messy and there’s the stolen embryo and Helena link. 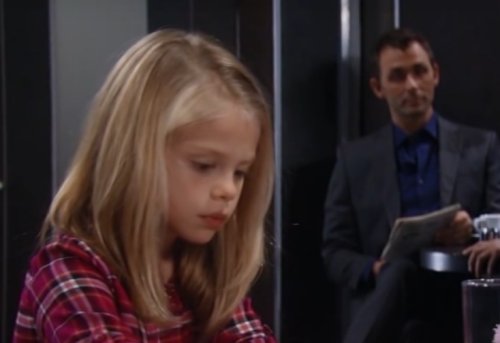 Once Lulu discovers that Charlotte is her child, it’s war. So far, Valentin hasn’t showed a lot of interest in Lulu or Laura, unless it’s to torment them. Has time away broken his obsession with the mother and daughter? Or was he just biding his time until they figured out who he is?

Will this custody battle reignite his twisted obsession with Lulu? How long until Lulu gets the daughter that Olivia Falconeri (Lisa LoCicero) saw in her vision? Share your comments below on the coming custody fight over Charlotte and Lulu finally getting her child back.

Be sure to check back with CDL often for the latest General Hospital spoilers and news and join us for exciting participation in the LIVE GH discussion on our Facebook Page!