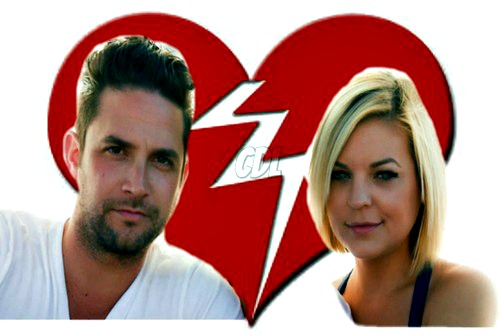 ‘General Hospital’ (GH) spoilers include shocking news that Kirsten Storms [Maxie Jones] and Brandon Barash [Johnny Zacchara] are divorcing after less than three years of marriage. The couple announced that the split is amicable.

Brandon spoke exclusively to SID to make the announcement. “We are splitting due to the cliché irreconcilable differences, but we’re splitting amicably.” The former co-stars and now exes are parents to two-year-old Harper [Georgie Spinelli].

“We have every intention of remaining a family through this and successfully co-parenting our kid and retaining a friendship in the efforts of raising her in a healthy environment,” Brandon revealed in the interview.

The couple did attempt professional counseling in order to save the marriage. The decision to divorce “was not hasty decision, a lot of thought and therapy went into this,” Brandon stated.

Kirsten also spoke regarding the separation. “We went to therapy for a long time, trying to figure out how to communicate better with each other. It’s not anything that we dislike about each other.”

The former couple has made the decision that raising Harper in two separate homes would be a healthier choice for all of them, Brandon Barash shared.

Despite the separation and pending divorce Barash and Storms will attend this weekend’s GH Fantasy Weekend even in East Hanover, New Jersey. Kirsten assures ‘General Hospital’ fans attending the event that they won’t see the she and Brandon fighting or arguing. “I am super-excited about this weekend, I think we’re going to have a good time.”

Kirsten Storms went on to say, “We are getting along, and I would say enjoying each other’s company more now that we don’t have the pressure of what comes with a relationship added on to that. I think Brandon and I are really looking forward to getting our friendship with each other back.”

Both Brandon Barash and Kirsten storms are well aware that ‘GH’ fans are speculating what went wrong. Brandon states, “People are going to speculate because they always want to place blame, but it’ was a joint decision that we thought everyone in our family would benefit from.”

Are you shocked at this GH divorce? Come back to CDL for all your breaking General Hospital spoilers and news!