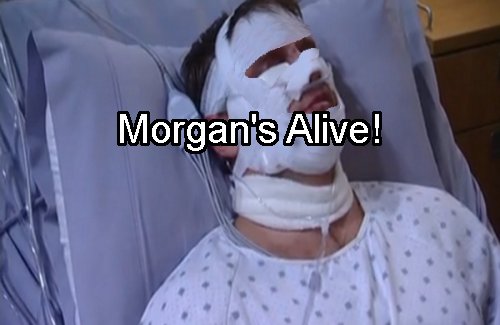 General Hospital (GH) spoilers reveal that Morgan Corinthos (formerly Bryan Craig) and what has happened to him since the explosion is a real shocker. Morgan was blown clear of the explosion but was found by someone who has evil plans for him.

The initial plan of the bomber was to target Julian Jerome (William deVry) and set Sonny Corinthos (Maurice Benard) up to go down for the crime. That way, the new mobster in town could take over all the cartel power in Port Charles.

Even though the explosion didn’t work out quite as planned, it took a turn for the better for the new villain. Julian escaped unscathed but is still under the thumb of the new mobster. It turns out Morgan is too. Morgan survived the blast but then was taken.

The new mob boss had a minion watching to see how the explosion went down. The person saw Morgan steal the car and was lurking nearby when Jason Morgan (Billy Miller) saw the blast. Morgan staggered away from the explosion and things got worse from there. 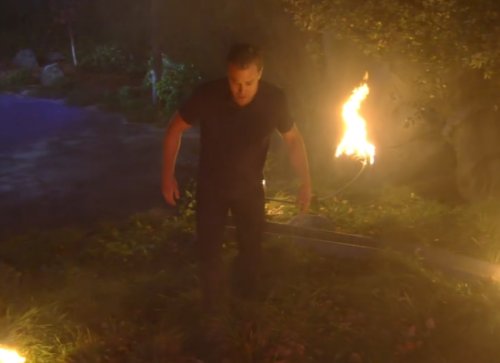 The blast blew up spectacularly right in front of him and Morgan was blown back and wounded, but didn’t die. While Jason went to call 911 and look for Morgan, the young man staggered away from the wreckage disoriented and in pain.

Morgan made it back home and peeked in the window as Sonny told Carly Corinthos (Laura Wright) that their son was dead. Morgan might have felt they’d be better off if he was dead, but didn’t have time to ponder it further because that’s when he was taken.

The henchman working for the new boss followed Morgan and grabbed him up. The new mobster made sure that Morgan got medical attention and plastic surgery needed to repair his face. This will all be revealed when the recast actor is shown after the first of the year.

Morgan wasn’t the target of the bomb but became a target of opportunity after the blast. Now that Morgan is a hostage, he can be used against Sonny. This is important since Jason has figured out that someone else was responsible for the explosion. 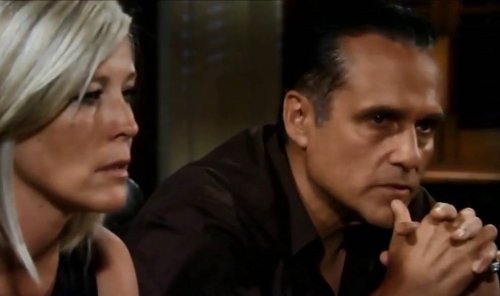 The charges against Sonny will be dropped so the new mobster can’t get rid of the Corinthos cartel by cutting the head off the snake. Instead, they’ll use Morgan as leverage. Sonny will be thrilled to learn that Morgan is alive and terrified to do anything to put him at risk.

The new mob boss also has leverage over Julian but it’s not clear yet what they’re using to get him to cooperate. But once Morgan is shown to be alive and Sonny realizes he could lose his son all over again, everything will be thrown into chaos.

This new mobster will have control over Julian and Sonny and can take over all the criminal activity in Port Charles. Share your comments below on the shocking recast plot for Morgan and tune into CDL often for the hottest General Hospital spoilers and news.