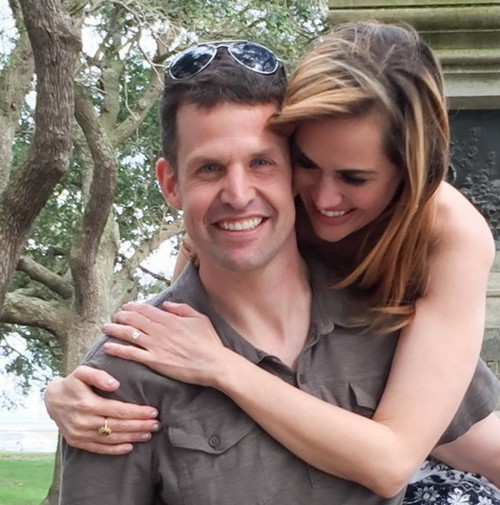 Natalia has not yet revealed the name of her soon-to-be husband. “GH” fans were taken a bit by surprise because the actress does not often comment on her personal life. Twitter followers were quick to congratulate Natalia on her engagement and also to ask the lucky man’s name.

Livingston portrayed Emily off and on from 2003 until 2014 – Emily was romantically linked with Nikolas Cassadine [Tyler Christopher]. The pairing of Nikolas and Emily remains one of the daytime drama’s most favorite couples.

Livingston has been busy with her Actor Boutique consulting business as well. She was recently in Atlanta, Georgia to take part in the Industry Night with Usher’s New Look on March 9. Natalia is the founder of Actor Boutique which offers acting, coaching, producing classes and more services to help actors achieve successful careers.

Not only is Natalia Livingston a talented actress she is an accomplished entrepreneur and acting coach. And it appears as if Natalia is on her way toward a happy and successful marriage as well.

Fans took to Twitter and offered many congratulations to the happy couple. One fan responded to the news, “Congrats lovely you deserve all the happiness in the world !!”

Congratulations to Natalia Livingston and her brand new fiancé. “GH” fans look forward to finding out more details about the handsome man including how long the couple has been together, but most importantly his name! Natalia has shared several photos of the couple on social media, but there are very few details.

Leave your comments and congratulations for Natalia and her fiancé in the comments section below and come back to CDL often for more “General Hospital” spoilers and news.