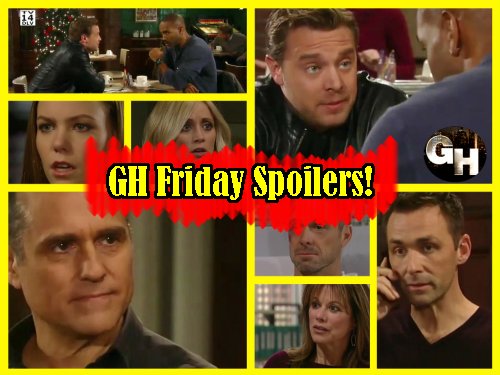 Recent General Hospital (GH) spoilers for the Friday, December 9 cliffhanger episode reveal that Nelle Hayes (Chloe Lanier) threatens Sonny Corinthos (Maurice Benard) and he soon realizes that he is in way over his head with the kidney donor.

Nelle stops by the Corinthos house to pick up her necklace and Sonny wants her gone. He demands she leave his house, and maybe even Port Charles, but Nelle tells him she won’t go and he can’t make her. Nelle can tell Carly Corinthos (Laura Wright) what he did and that shuts him down.

Jason Morgan (Billy Miller) and Curtis Ashford (Donnell Turner) meet up at Kelly’s and Jason is angry that his new buddy Curtis went to the PCPD. Curtis has some good information that will chill Jason out – Curtis saw surveillance footage from another angle and they have a new lead. 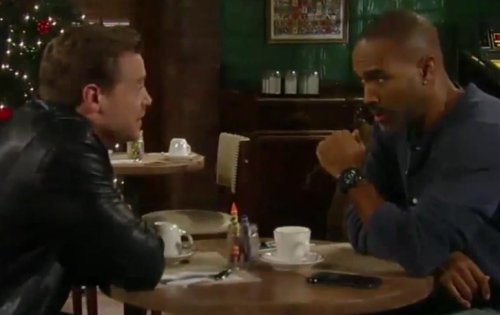 GH spoilers indicate Jason and Curtis end up somewhere unpleasant looking for evidence. Do they wind up in a dodgy alley or the local landfill? Wherever it is, this bromance between Curtis and Jason is incredible. Their good cop, crazy cop routine with the driver was over the top.

Alexis Davis (Nancy Grahn) has no choice but to agree to take her ex home to recover from her running him down but there are still questions lingering. Griffin Munro (Matt Cohen) wants to know how she can agree to help him after what he did to her.

Alexis has to play the martyr because she can’t tell anyone the real reason is her drunken guilt. Ava Jerome (Maura West) sees Alexis at GH and tears into her brother about dragging Alexis back into his life. Will Julian Jerome (William deVry) share Alexis’ secret with his sister? 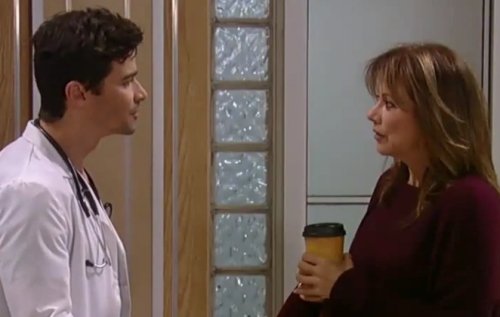 He won’t, at least not yet, and Ava desperately wants to know how Julian could talk Alexis into taking him back home with her. It will be a little while before he’s released from GH and Ava will spend that time trying to ferret out why Alexis had a change of heart.

At Dr Bellamy’s office, Maxie Jones (Kirsten Storms) tries to climb out the window but it’s got a grate on it. Maxie is in a panic but Lulu Spencer (Emme Rylan) is daydreaming about her daughter Charlotte Cassadine (Scarlett Fernandez).

Bellamy and Valentin Cassadine (James Stuart) discuss what to do with the women and Valentin says he’ll clean it up and is surprised Lulu figured things out so fast. By the end of the episode, Valentin and Lulu are face to face and she demands the truth about Charlotte’s biological mother. 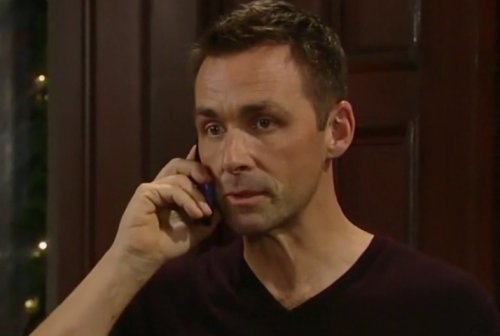 Dante Falconeri (Dominic Zamprogna) and Nathan West (Ryan Paevey) head to GH looking for answers. Will they talk to Brad Cooper (Parry Shen) about the paternity test or did they come to see Griffin? Dante begins to worry because they haven’t heard from their ladies all day.

Share your comments on these cliffhanger spoilers for Friday, December 9. Come back to CDL often for more General Hospital spoilers and updates.