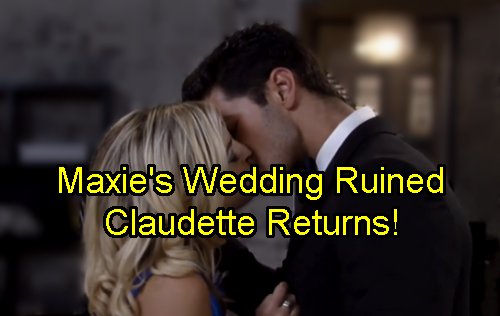 New General Hospital (GH) spoilers reveal that Maxie Jones (Kirsten Storms) wants a dream wedding but it will turn into a nightmare. Maxie freaked when Nathan West (Ryan Paevey) hurt himself while they were dancing, worried that he’ll miss their dancing lessons and wreck their first dance. But waltzing is the least of her worries. Someone is coming that will ruin her day before it gets to the first dance.

Maxie thought that Claudette Bolland (Bree Williamson) called the apartment the other day but then someone took the phone from her. When Nathan came home, he took over the phone and spoke in French so Maxie couldn’t understand. Was Nathan telling the truth about the call being about a gift for his bride from Paris?

Or was that a call from Claudette’s family in a panic over their missing daughter? Nathan, Griffin Munro (Matt Cohen) and Anna Devane (Finola Hughes) are looking for Claudette to get some answers about Valentin Cassadine’s (James Stuart) history and what he wants in Port Charles. Looks like their investigation will pay off but at the worst time.

The wedding is set for New Year’s Eve and Claudette knows that. Valentin took her off the airplane in Canada and the cops think that he killed her. He may have wanted to, but Claudette got away. She’s on the run and has been hiding out for weeks and will be back in Port Charles for the New Year but won’t stick around. 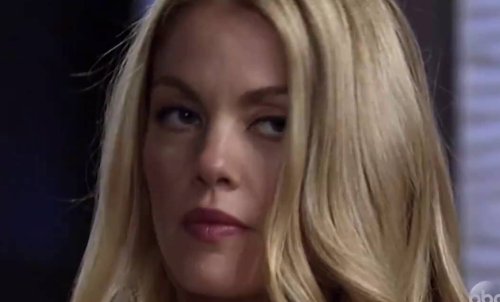 Bree Williamson said in an interview she’s ready to bring the role back and GH sources say she’s coming back for a short twist next year. Just as Nathan and Maxie are ready to say I do, Claudette bursts in and everything falls apart. Claudette isn’t there because she loves Nathan but because she’s looking for them with information about Valentin.

Her arrival shuts down the wedding and Nathan runs over to her which will infuriate Maxie. She’s still seeing green over Nathan’s ex-wife and Claudette ruining her wedding has Maxie ready to throttle her. Once things settle down, Nathan wants to finish the wedding but Maxie is so upset by then, she might not go through with it.

She still wants Nathan but also wanted a picture-perfect wedding. When she planned her big day, there was no Claudette in it. Will Maxie walk away from her wedding or go ahead and say her vows? Will Maxie tell Nathan she’ll marry him, just not on the day that Claudette came storming back into their lives? Could be.

Between now and the wedding, there is lots more story to unfold about Valentin. It turns out the Greek and Lulu Spencer (Emme Rylan) share a kid and Charlotte Cassadine (Scarlett Fernandez) is their daughter. Lulu will fight for custody of her daughter after Valentin confirms what she suspected. 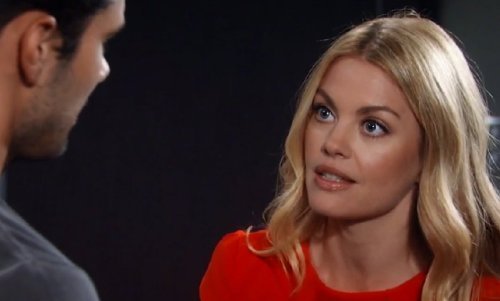 Maxie is drawn into the custody battle for Lulu’s daughter which also throws off Maxie’s wedding planning so down to the wire, Maxie is nervous that it won’t go off like she wants. Maxie pulls it together at the last minute and it seems that her dream wedding will become a reality – and then Claudette shows up!

Share your comments below on the unwelcome guest at Nathan and Maxie’s wedding and check back with CDL for more General Hospital spoilers and news.