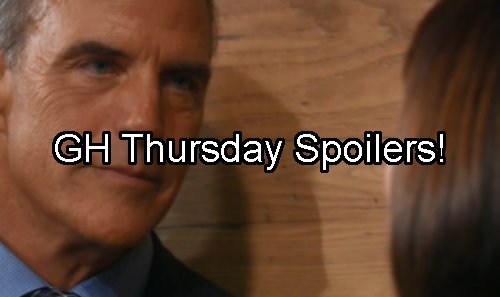 New General Hospital (GH) spoilers for the Thursday, September 29 episode reveal that Paul’s dirty secret is out so Tracy is in danger, Laura heads back to Port Charles, Anna calls the cops, Claudette’s paternity test results are revealed, and Charlotte’s daddy stunned.

Paul Hornsby (Richard Burgi) knows that Tracy Quartermaine (Jane Elliot) overheard him confessing to Susan Hornsby (Alina Patra) that he’s the GH serial killer and took all those lives to avenge his daughter in the fallout from her rape. 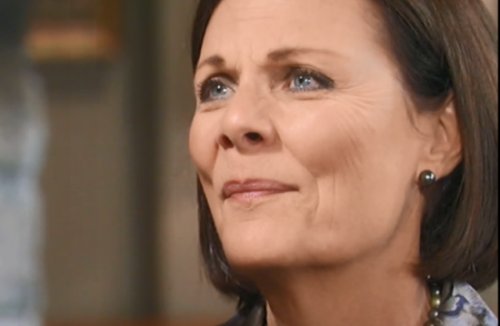 Paul tricked Tracy into coming back to his remote cabin and on Thursday tells Tracy that it’s time to tie up all the loose ends – and Tracy is the biggest loose end of all. But would Paul really kill the mother of one of his children or is he bluffing?

Perhaps Paul will literally tie Tracy up so he can make his escape. Too bad Anna Devane (Finola Hughes) found Paul’s cufflinks that the PCPD has tied to the killer thanks to Valerie Spencer (Brytni Sarpy). Anna calls into the PCPD to get a team of cops to toss Paul’s room at the MetroCourt and will also alert Jordan Ashford (Vinessa Antoine) 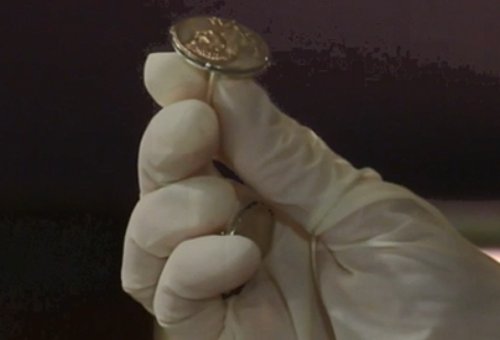 There are some GH spoilers swirling that Jane Elliot has been talking about retiring – if it’s true, Paul may take her out! Things will unravel fast now. Will Anna contact Dillon Quartermaine (Robert Watkins) when she can’t get in touch with Tracy?

Will they find Tracy before Paul does something terrible (and fatal) to her? Also, with Michael Quartermaine (Chad Duell) wanting vengeance against the GH killer, will he get a crack at Paul? Will we see Paul in cuffs or in a body bag and will Tracy live to tell? 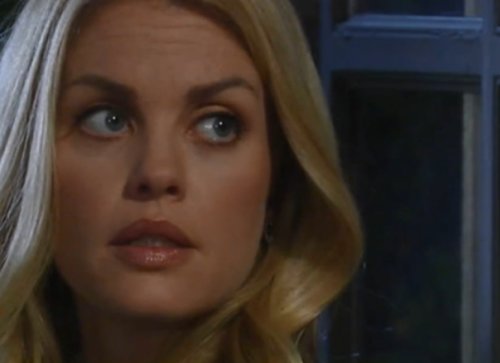 General Hospital spoilers reveal that Griffin is shocked by what’s revealed, so is he the baby daddy? Later, Griffin tells Maxie that he feels horrible that she’s wrapped up in yet another uncomfortable personal situation that involved him. 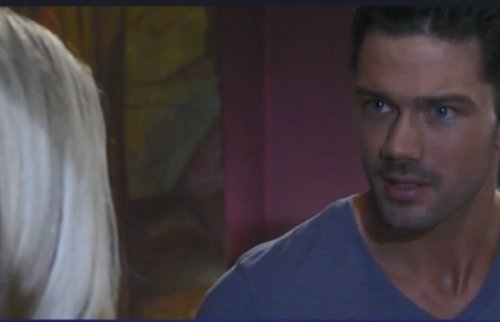 Nathan has pledged to help keep Charlotte safe even if she’s not his daughter, so Claudette is covered, but there will be major fallout from the daddy reveal. Claudette said nine months after the shooting she gave birth to her daughter, so does that guarantee Nathan or Griffin is the daddy?

Also on the Thursday GH, Laura Spencer (Genie Francis) is headed back to Port Charles after getting Spencer Cassadine (Nicolas Bechtel) settled in at his boarding school. Laura is surprised to find out that she knows her seatmate on the airplane – it’s Kevin Collins (Jon Lindström). 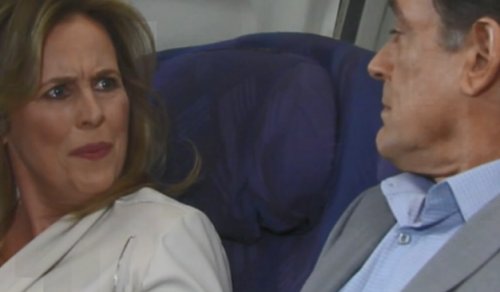 Kevin really wants another chance with Laura and to explain himself about the manuscript she found that seemed to be about her life and mental health struggle. Looks like Kevin bought a ticket for the flight and will have a long uninterrupted span to plead his case.

What do you think GH fans? Do you think Griffin or Nathan is the baby daddy? Will Tracy survive her ordeal with Paul or will she be the final victim of the GH serial killer? Share your comments below on the hot action coming on GH episode on Thursday, September 29.

We cannot stress enough how important this is. pic.twitter.com/AqHcbt9wmT