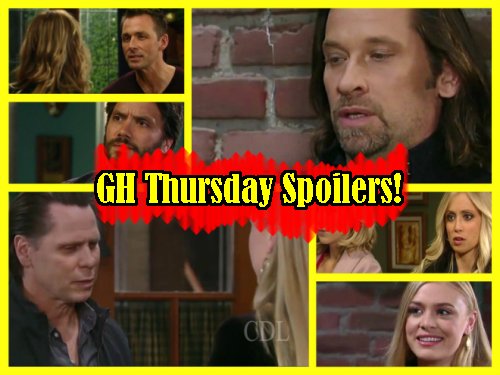 They head to New York City and wind up in an office where Lulu thinks the files there can tell her what she wants to know. Their road trip goes off the rails and Lulu and Maxie uncover major secrets that have nothing to do with Charlotte. Is it info on Valentin?

Valentin Cassadine (James Stuart) prepares Nina Clay (Michelle Stafford) for her walk of shame after their night together, although it’s a boat ride of shame more than a walk. Valentin asks Nina what she thinks of him and Nina gives him the rough truth. 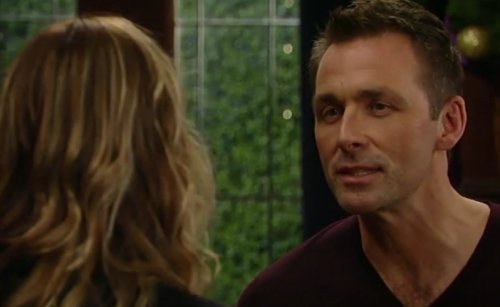 Nina still has concerns about Valentin since he’s got a shady reputation but she also really cares about him. They have a sweet moment and he invites her to spend Christmas with him and Charlotte at Wyndemere and that’s when things blow up.

Dante Falconeri (Dominic Zamprogna) tells Nathan West (Ryan Paevey) about Lulu’s questions about Charlotte. He doesn’t know she’s off investigating and Dante starts an investigation of his own. Dante says he has to support Lulu and check it out to prove that Charlotte isn’t her kid.

Dante and Nathan head to Spoon Island to confront Valentin. Nathan is stunned to see his sister there and it’s obvious she spent the night. Nathan told her to stay away from Valentin and Nina justifies her actions and pushes back on her brother. 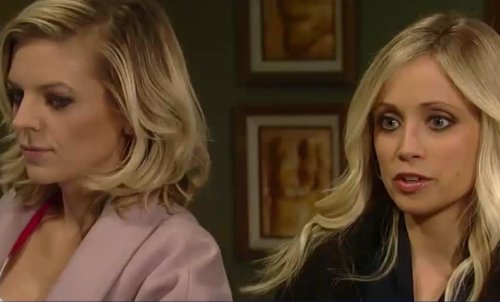 Nathan and Dante have lots of questions for Valentin but it’s doubtful he’ll give them the answers they want. Expect Valentin to anger them both with taunts and half-truths before they leave angry and unsure what to do next.

Franco (Roger Howarth) is stalking Tom Baker (Don Harvey) as Tom is stalking Kiki Jerome (Hayley Erin). Tom sets up a run-in and Kiki introduces herself. Franco will be furious when he sees the sicko talking to his almost-daughter and this has Franco ready to kill.

At GH, Hamilton Finn (Michael Easton) is desperately looking for Hayden Barnes (Rebecca Budig) and runs into Tracy Quartermaine (Jane Elliot) and Liz Webber (Rebecca Herbst). Finn is worried about Hayden showing up to work at GH when she’s dying. 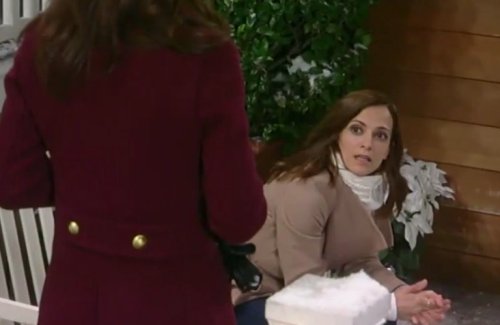 Liz goes out for coffee and finds Hayden at Perks in rough shape. It looks like Hayden’s illness is getting worse. Liz has had enough of this and takes matters into her own hands. Liz was touched when Hayden hugged her for a hot minute last week but then Hayden shoved her off.

Liz has only just discovered Hayden and doesn’t want her dead and gone. Liz will step up for Hayden in coming days to help care for her and this is the start of a real sister relationship between the two. Anyone else hoping for HayFin and Friz double dates?

Share your comments for these Thursday, December 8 spoilers and come back to CDL for lots more General Hospital spoilers and updates.