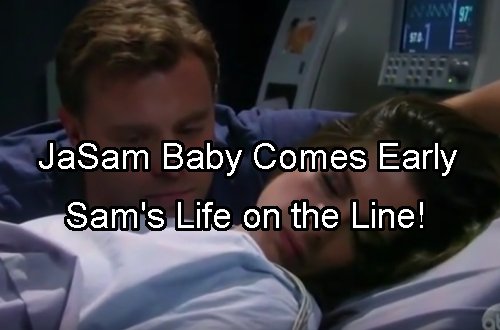 General Hospital (GH) spoilers tease that Sam Morgan (Kelly Monaco) will kick off the New Year with some major plot twists that impact the JaSam baby and put her life at risk. Jason Morgan (Billy Miller) will find joy with their baby but is staggered by loss at the same time.

The coming crisis for Sam is so bad that it scares Alexis Davis (Nancy Grahn) into sobriety and paves the way for a smoother Julexis reunion. Here’s what will happen as the New Year kicks off in a big way. This all ties back to the new mob boss and bomb plot.

Sam continues to ask questions and poke around and so do Jason and Curtis Ashford (Donnell Turner). The new mob boss is already on high alert after Jason broke into the pawn shop and Winston Rudge (David Lee) said they need to do something about him.

What better way to get Jason to stop investigating than to mess with Sam? When Sam is taken, she’s investigating and goes to send a message, then is grabbed by the new mobsters in town. In the scuffle, Sam is hurt, but not fatally. 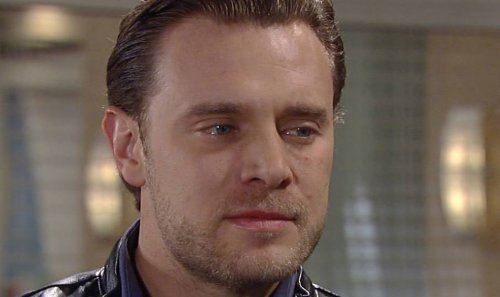 Jason will freak out – he assumes she’s dead. Julian Jerome (William deVry) is the one that breaks comforting news to his son-in-law. Julian knows the mobsters wouldn’t kill Sam because then they would lose his cooperation and he’s part of their end-game.

Comforted by what Julian tells him, Jason goes searching for his pregnant wife and nothing will stop him from finding her. Jason will find her but the stress on Sam was too much for her to handle this late in her pregnancy. Sam goes into labor sooner than expected.

Jason is thrilled by the birth of their second child, but then Sam goes into crisis after the delivery. Jason can’t deal with this. He was just about to get everything he wanted and then it’s taken from him because of this nasty mob business.

While Sam’s life hangs in the balance, Sonny Corinthos (Maurice Benard) and Carly Corinthos (Laura Wright) step up for their BFF and support him while he worries he’ll lose Sam to complications. Alexis flips out when she learns Sam was taken. 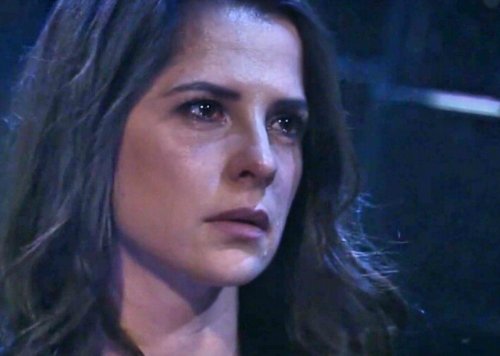 She is reeling and Julian tries to comfort her. Alexis knows she needs to get her life together ASAP. As Alexis tries to cope with Sam’s medical crisis, she also tries to stop boozing and starts attending Alcoholics Anonymous meetings.

Alexis, Jason, Sonny and Curtis will team up to punish the person responsible for Sam’s medical crisis. Julian might not be able to play along since he’s dealing with the mobster in another way. General Hospital spoilers reveal that Julian makes a big move soon.

Julian makes a major sacrifice to save those he cares about including Alexis and Sam. Will Julian throw himself in the line of fire to stop the new mob boss to protect his wife and kids? This story is about to get explosive. The only light in this is we finally get to meet JaSam’s baby.

Share your comments below on Sam’s coming crisis and tune into CDL for the latest General Hospital spoilers.