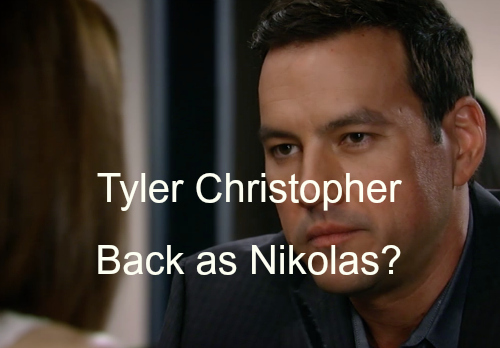 General Hospital (GH) spoilers reveal that Nikolas Cassadine is just starting a new adventure that will take him through the summer – but Tyler Christopher may be back already to replace Nick Stabile according to some insider news. Is Tyler already on set shooting again?

Admittedly, fan reaction to Nick Stabile’s Nikolas recast has been lukewarm (at best). It’s not that he’s a bad actor – he’s not. It’s just that he’s not Tyler Christopher. Nikolas Cassadine is Tyler Christopher – he originated the role and has made it his own.

Nick Stabile has a totally different voice, posture, everything. He’s just not Nikolas. But we may have Tyler back soon – the actor dropped some hints on social media that he’s back to work at General Hospital so we’ve got our fingers crossed.

For more than a month, from May 13 to June 19, Tyler was totally radio-silent on Twitter. But then Sunday, June 19, he started tweeting again and one of his first posts was for a GH Fall Fantasy event. If Tyler is back to promoting GH, that means he’s got a reason. 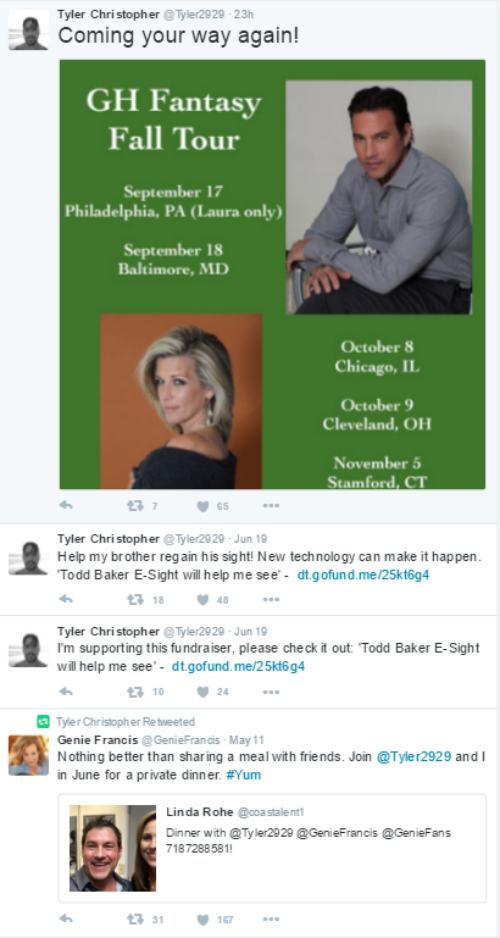 Nikolas will soon head to Cassadine Island where there’s the mysterious new Athena and Theo, plus tons of other Port Chuck peeps coming along for the adventure. That’s going to turn into a massive storyline in coming weeks.

With Tyler actively tweeting GH updates, does that mean he’s back on set shooting? It seems likely because GH showrunners would be crazy to lose Tyler Christopher over contract issues when he just walked off with the Lead Actor Emmy. 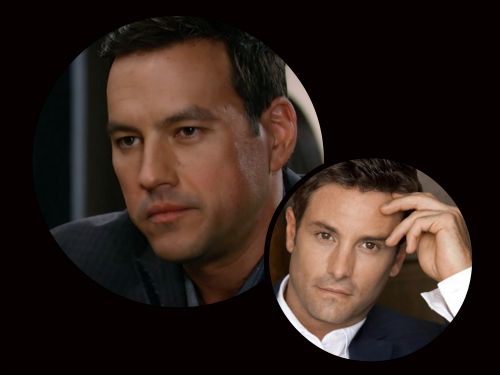 Plus, the fans are not in any mood to accept the loss of a legacy character. Riots nearly broke out over Rebecca Herbst’s stalled contract talks and then again when General Hospital spoilers teased that Roger Howarth might also be on the chopping block.

It’s good timing to bring back Tyler as Nikolas since his marriage with Hayden is done and she’s moving on with Hamilton Finn (Michael Easton) so he’s primed for a new romance. Plus, other General Hospital spoilers tease there might be a love from his past on the island – so we’ll see!

The bottom line is that it’s high time that GH showrunners got Tyler Christopher back on set shooting – if he’s not already – because frustrated GH fans won’t settle for anything less. There’s been no official announcement yet by ABC or GH of Tyler’s return, but let’s hope they confirm soon.

Come back to CDL often for more General Hospital spoilers and news.