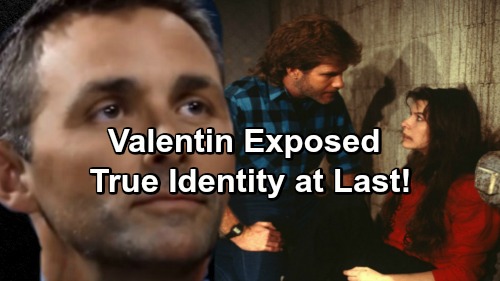 General Hospital spoilers offer a solution to the Valentin true identity mystery that will creep out GH fans but explain the combination of dread, rage and fascination Anna experiences in his presence. General Hospital fans the world over are sending Excedrin stock skyrocketing as they try to unearth the identity of Valentine Cassadine (James Patrick Stuart). Obsessing about just who the creepy imposter is has become a major (but captivating!) headache for loyal viewers.

Is he really Cesar Faison (Anders Hove) in a new and improved mask? Could he be the reincarnation of another Cassadine slimeball, the presumed dead Stavros? Or is he a long ago mystery man from Anna Devane’s (Finola Hughes) past?

Smart money is betting on the latter, since he’s targeted her for attention ever since his arrival in Port Charles. The tall drink of water has gone out of his way to impress her with whispered Latin phrases and throaty, hummed melodies. Of course Anna is intrigued, what proper English lady wouldn’t be? 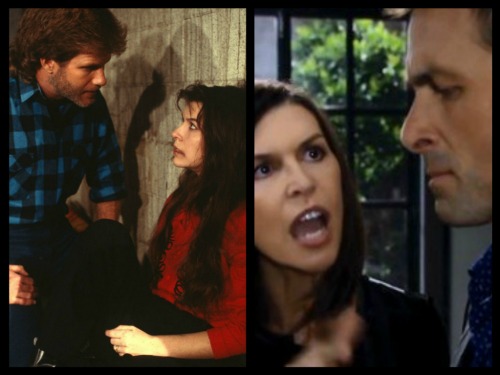 She’s sure she knows him from somewhere, but where? His eyes are familiar, as are his enigmatic messages. She just can’t quite put her finger on where their paths have crossed, or if their interactions were naughty or nice.

Anna may be certain she remembers him, but GH viewers aren’t so sure that he will be a character familiar to them. If he is indeed a past liaison, Val could be written as someone that viewers saw onscreen in the past, or someone entirely new to GH.

Of course, it’s always fun to see a blast from the past on our small screens, and if some wild General Hospital spoilers making the rounds are true, longtime GH viewers will be rewarded for all their cognitive overtime with an awesome throwback character! 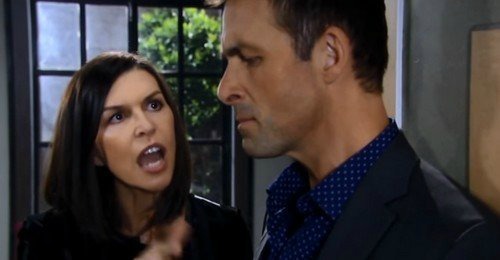 Back in the day Grant Putnam was a nasty piece of work who wreaked in Port Charles in the mid to late 80’s. Played by Brian Patrick Clarke, Putnam came to town after a stint in a mental institution. He got up to all kinds of mischief on the citizenry, and with Scorpio’s assistance Putnam was sent back to Goober Gardens.

What do you know, Putnam was rehabilitated in record time and returned to his adopted home town where he set out to destroy the Scorpio family. Is it possible that Putnam has returned to Port Charles for a third try at evil-doing? If the rumor is correct, Putnam has indeed turned up again like a bad penny!

When he arrived in town for the second time in the 80’s, Putnam managed to kidnap Anna before being sent back to his home away from home, the sanitarium. Now, social media is buzzing about the return of a certain musically inclined 80’s villain who just so happened to have also kidnapped Anna!

Could Valentin Cassadine really be Grant Putnam? Putnam escaped the clutches of the authorities twice before, and now it looks like he may have succeeded a third time! Come back to CDL for all your General Hospital spoilers, updates and news!