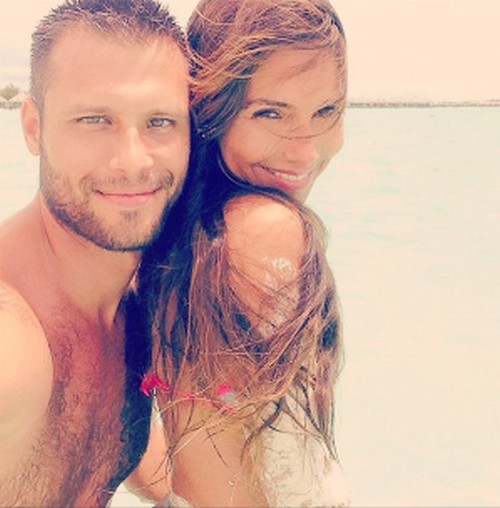 At the time of the accident MC was unable to move his neck and back. He was transported to the emergency room for treatment.

The actress shared on Twitter, “Major accident, huge truck just rear ended our truck while our truck was parked. all of the kids in the car. Mc can’t move neck or back. #ER.

General Hospital fan favorite Vanessa Marcil advised everyone that MC was headed in for surgery and that his father was with him. Hundreds of family members, friends and fans offered support, love, prayers and healing positive thoughts.

Thankfully MC is doing okay now. Vanessa posted on Twitter, “Thank you all for ur prayers Mc is speaking now but groggy. Your messages are making him smile while in the hospital.” At this time there is no further information regarding his condition. The former General Hospital star did not address whether her fiancé is able to move his neck and back yet.

The couple got engaged in April of 2015. There is not much known about the actress’s mystery man. No one is certain if he is an actor, businessman, activist? There isn’t much information on his Twitter account and his Instagram page is private.

Primetime viewers may remember the actress from her stint as Sam Marquez on the NBC drama Las Vegas. Other credits include Gina Kincaid on Beverly Hills, 90210 and Detective Carmen Olivera on the ABC cop drama NYPD Blue.

Please leave your well wishes for General Hospital alum Vanessa Marcil, MC and their family in the comments section below and come back to CDL for the latest General Hospital spoilers and news!