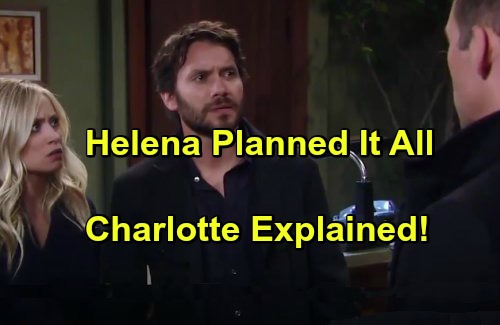 New General Hospital (GH) spoilers reveal that Valentin Cassadine (James Stuart) claims he is just as much a victim of this baby scam as Lulu Spencer (Emme Ryan). Dante Falconeri (Dominic Zamprogna) is certain that Valentin is to blame but a recent video spoilers shows otherwise. But is Valentin telling the truth?

Valentin will tell Lulu “we’re family” after revealing that Charlotte is biologically their child. Dante doesn’t like it, but Lulu is too fixated on the fact that she’s got another kid. Dante demands an explanation and Valentin weaves this story for them, but how much of it is truth? 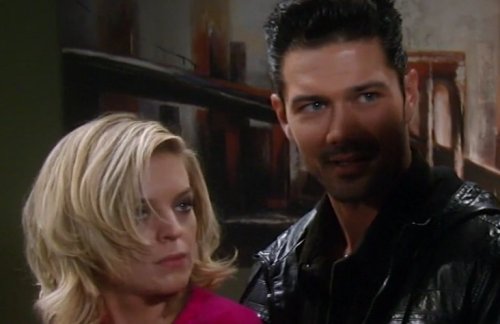 Maxie Jones (Kirsten Storms) scoffs at Valentin for trying to blame Helena Cassadine (Constance Towers) since she’s dead (allegedly) and can’t confirm or deny any of what he says. Valentin says it’s the truth and explains that Helena promised her favorite son a baby with Lulu.

He says that Stavros Cassadine (Robert Kelker-Kelly), his creepy half-brother, was infertile. Seems like freezing and unfreezing people wreaks havoc on their fertility! Isn’t that why Lulu can’t have any more kids because the freezing fried her eggs? 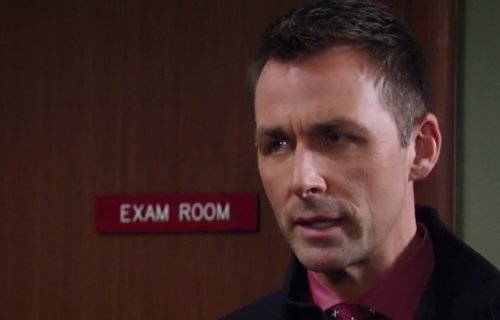 According to Valentin’s tale of woe, Helena didn’t want to tell her precious Stavros that he couldn’t father a child with Lulu, she decided to create a kid she could pass off as his using sperm from Mikkos Cassadine’s bastard, Valentin.

Lulu and Dante tell him the story makes no sense and asks why would Helena recruit Valentin when she was terrified of him. Valentin is pleased to hear Helena was scared of him and tells them “I hated the bitch. I would have killed her and whistled while I did it.” 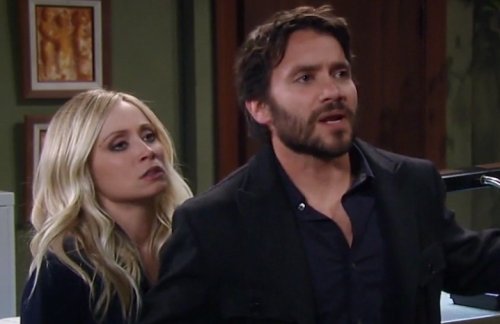 Valentin keeps on with the tale and says he was an unwilling participant in the baby making. He claims that Daphne (Andrea Savo) was working for Helena and stole his sperm. Maxie asks why he didn’t ask why his one night stand “had a test tube in her purse.”

Valentin says “she drugged me” and he seems genuinely upset. He says by the time he realized what happened “Charlotte had already been conceived.” Dante rails angrily and says Valentin has an explanation for everything but Nathan West (Ryan Paevey) chimes in. 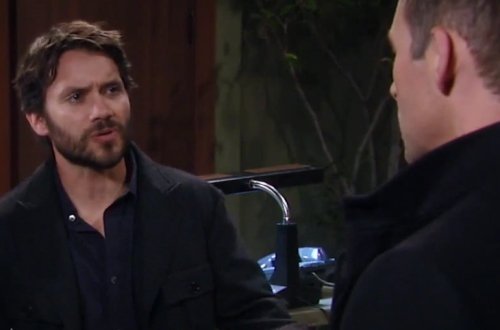 Nathan says “not everything” and he must be talking about Claudette Bolland (Bree Williamson). What’s tricky here is the word “conceived” that Valentin used. Did he mean the embryo had already been made when he found out? Or did he mean it was implanted when he found out?

Did Valentin hire Claudette to carry Charlotte or did Helena? There’s more to come on the Monday, December 12 episode of GH including the explanation of how Claudette fits into the mix. But when all is said and done, Valentin and Lulu seem to have a daughter. 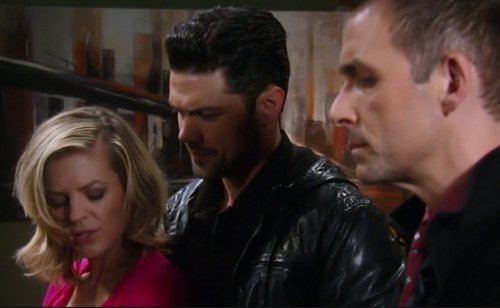 There’s lots more to come on this including trouble for Dante and Lulu because he never wanted to raise a Cassadine kid when it was just a theory. Now that it’s a reality, Dante won’t handle it well. Can you imagine the uncomfortable parent-teacher conferences at school?

Share your comments on Valentin and Lulu’s baby mama drama. Do you think he’s being honest? Come back to CDL often for the latest General Hospital spoilers, news and updates.