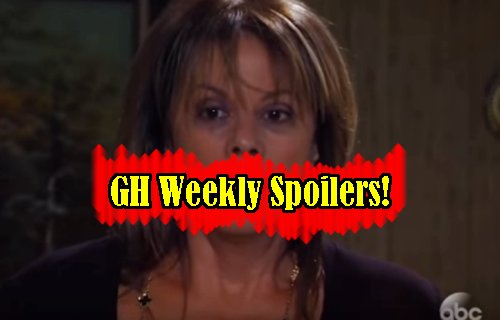 General Hospital (GH) spoilers for the week of Monday, January 2 show lots of action but none of it starts until Tuesday, January 3. The Monday GH is preempted for football. The week in Port Charles picks back up with New Year’s Eve in Port Charles.

There are questions about Claudette Bolland’s (Bree Williamson) fate when Nathan West (Ryan Paevey) and Maxie Jones (Kirsten Storms) must find her to get his divorce. Nina worries but Valentin reassures her he didn’t hurt Claudette.

Dante Falconeri (Dominic Zamprogna) warns Lulu Spencer (Emme Rylan) about acting out against Nina because it could hurt the custody case. Lulu is furious when she finds out Nina and Valentin married and Nina is Charlotte’s new mommy. 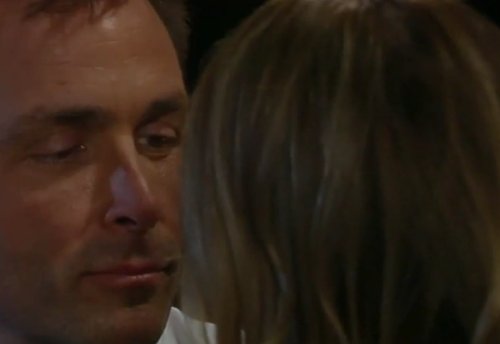 On the cross-country bus, Dillon Quartermaine (Robert Watkins) and Kiki Jerome (Hayley Erin) get closer as they kiss in their off-price New Year’s celebration. It won’t be too long before they’re on a flight home to Port Charles together.

Sam pushes past and is stunned to find her father there. Alexis makes excuses but Sam won’t buy it. Sam grills her dad about Rudge and why he’s communicating with the pawn shop owner. Expect more lies from Julian but these are to protect her.

This week is Alexis’ hearing on whether she gets her license back, but can she sober up to represent herself? Diane Miller (Carolyn Hennessy) is there for support but Alexis has more problems when her memory plays tricks on her related to Christmas Eve. 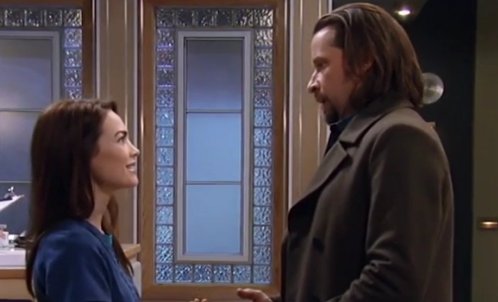 Franco (Roger Howarth) wants Liz Webber (Rebecca Herbst) to believe that he didn’t kill Tom Baker (Don Harvey) and works to clear his name. Franco discovers info on Alexis from the night Tom was killed that could exonerate him.

But since Franco already hurt Sam so much, he hesitates to expose Alexis but suspects she might have hurt Tom. Alexis was blackout drunk that night and can’t recall what she did or where she went but she’s not the culprit in the killing.

Laura Spencer (Genie Francis) gives Liz a pep talk about loving a man with a dark side. Franco turns to Scott Baldwin (Kin Shriner) for assistance. Will his father believe he’s innocent given the evidence mounting against him?

Sonny Corinthos (Maurice Benard) was happy with Carly Corinthos (Laura Wright) back in his arms but then she pushes him away. She knows if she gets back with Sonny it will be more of the same and her loved ones will be at risk. 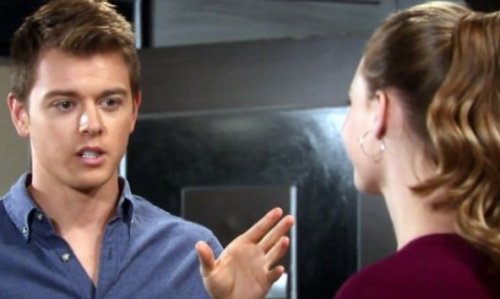 Nelle Hayes (Chloe Lanier) and Michael Quartermaine (Chad Duell) get closer. GH fans are waiting to see if they’ll get romantic to confirm whether or not these two are related. Will there be a kiss that confirms she’s not Carly’s kid?

Hamilton Finn (Michael Easton) will be cured but it comes at a cost. Did Brad Cooper (Parry Shen) help him out? Will Finn wind up in trouble for using the unlicensed meds for Hayden Barnes (Rebecca Budig)?

Andre Maddox (Anthony Montgomery) hypnotizes Anna Devane (Finola Hughes) to unlock memories of Valentin. It works and Anna has to piece together the recovered memories to see how it all fits together.

All this and more on the new episodes Tuesday, January 3 thru Friday, January 6 and remember, there’s no GH on Monday, January 2 because of bowl games.

Share your comments below and tune into CDL often for more General Hospital spoilers and news.