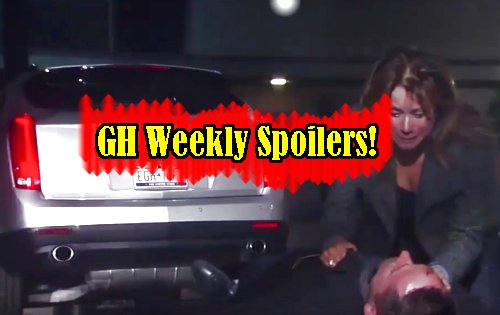 Liz Webber (Rebecca Herbst) is terrified when Tom Baker (Don Harvey) shows up at GH while she’s working. Franco (Roger Howarth) isn’t having it and delivers a beat down that gets out of control. Griffin Munro (Matt Cohen) intervenes to break it up.

Later, Griffin and Liz have a frank discussion about the situation while Franco follows Tom to try and see what the rapist is up to. Later, Franco goes to see Heather Webber (Robin Mattson) for her advice on how to deal with the threat to Liz. 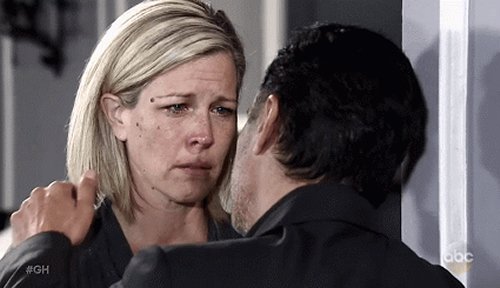 Carly confesses to Sonny about the kiss and Nelle struggles with guilt over her recent actions but continues on anyway. Carly makes some changes that affect Nelle’s ability to scheme. Will Carly go back home to Sonny?

Jordan Ashford (Vinessa Antoine) confronts Andre Maddox (Anthony Montgomery) about screening her phone calls from Curtis Ashford (Donnell Turner). Andre is fed up with Jordan and Curtis and their icky dynamic and he’ll be ready to bow out of the situation soon.

Alexis Davis (Nancy Grahn) calls 911 for an injured Julian Jerome (William deVry) but flees the scene to avoid arrest. Bobbie Spencer (Jacklyn Zeman) is back to work at GH as a nurse this week – perhaps she’ll be the one to treat Julian at the ER.

Julian survives the ordeal then lies to Jordan and Valerie Spencer (Brytni Sarpy) about the events that led to his injury. Afterwards, Julian summons Alexis to the hospital to see him and she finds herself under his thumb because he can wreck her life if he wants. 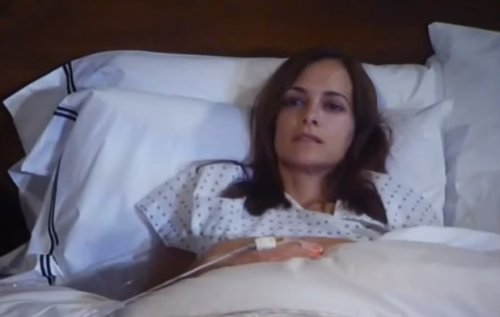 Hamilton Finn (Michael Easton) goes into panic mode once he realizes Hayden Barnes (Rebecca Budig) was indeed infected by the same illness he has and he kicks his research into high gear to try and save her life so he doesn’t lose her like he did Reiko.

Valentin Cassadine (James Stuart) uses Charlotte Cassadine (Scarlett Fernandez) to tempt Nina Clay (Michelle Stafford) to get close to him. Maxie Jones (Kirsten Storms) and Nathan West (Ryan Paevey) are worried about Nina in that regard but she’s happy.

Anna Devane (Finola Hughes) realizes where the Latin phrase is from that Valentin whispered to her and she confronts him about it. Dillon Quartermaine (Robert Watkins) tries to cheer up Kiki Jerome (Hayley Erin) who is still struggling with guilt.

Laura Spencer (Genie Francis) surprises Kevin Collins (Jon Lindström) when she takes things to the next level with him – she decided to forgive all that happened. Jason Morgan (Billy Miller) and Curtis compare notes on the bombing and team up for next steps.

Ava Jerome (Maura West) decides to use Sonny’s recent arrest to steal custody of Avery from Sonny and has Scotty Baldwin (Kin Shriner) reopen the custody case. She feels confident that she can’t be caught for the meds now that Scotty swapped the lithium back into the bottle.

Lots of hot action coming on GH the week of Monday, November 28 thru Friday, December 2. Share your comments below on these spoilers and check back with CDL often for the latest General Hospital spoilers and news.