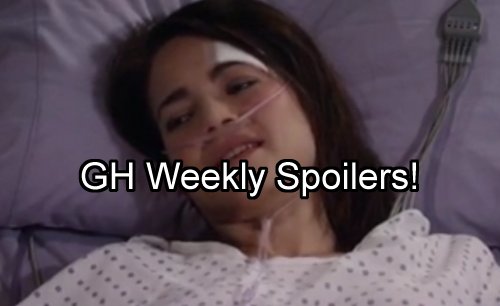 New General Hospital (GH) spoilers for the week of Monday, September 5 thru Friday, September 9 reveal Liz in a medical crisis, Robert is back with baby news for Lulu, Morgan’s medication swap kicks in, and Naomi returns to protect Hayden who faces charges.

Remember, since Monday is Labor Day, the episode will be a rerun. We’ll see an encore of the episode where Kiki Jerome (Hayley Erin) wakes from her coma just as Sonny Corinthos (Maurice Benard) decides to commit Morgan Corinthos (Bryan Craig) for treatment.

Then on Tuesday, September 6, we’ve got new episodes. Robert Scorpio (Tristan Rogers) is back in Port Charles with an embryo update for Lulu Spencer (Emme Rylan) and Dante Falconeri (Dominica Zamprogna). However, the news he brings doesn’t make sense. 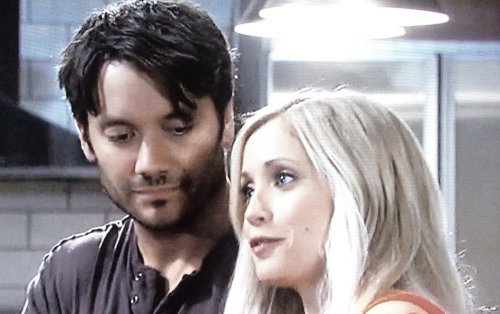 Newly hitched Jason Morgan (Billy Miller) finds time to check in on his other baby mama, Elizabeth Webber (Rebecca Herbst), and isn’t happy to find Franco (Roger Howarth) at her side. Jason has some things to say about that, but Franco isn’t going anywhere.

Also, Franco is torn about keeping the Hayden Barnes (Rebecca Budig) sister secret from Liz, particularly when Liz’s medical condition takes a turn for the worse. Naomi Dreyfus (Robin Riker) is back to support Hayden as she faces criminal charges.

Franco confides in Nina Clay (Michelle Stafford) who encourages him to come clean to Liz. Things escalate when Liz needs help and Franco has to decide what to do sooner rather than later. Franco has to talk things over with Hayden who makes demands. 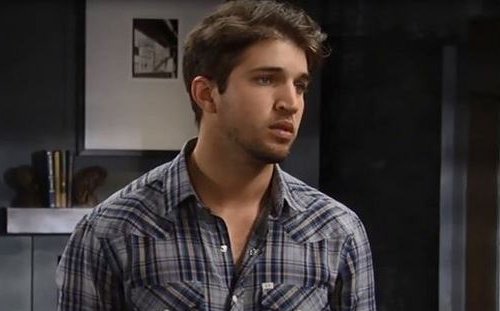 Ava Jerome’s (Maura West) actions take root and something bad happens as a result. Is this about her keeping GH killer Paul Hornsby’s (Richard Burgi) secret? Or is it something to do with Morgan? The placebos Ava used to replace Morgan’s meds go into effect.

Morgan begins to go dark again and misses shifts at work making his family worry. Sonny takes a second look at Ava when they have a run-in and she acts dodgy. Dillon Quartermaine (Robert Watkins) is ready to move on with his life, but Morgan’s spiral changes things.

Alexis Davis (Nancy Grahn) is also out of control and her loved ones are concerned when she goes overboard after the JaSam wedding. Sam Morgan (Kelly Monaco) gets some news from a pal – could be Damien Spinelli (Bradford Anderson) that delivers the update. 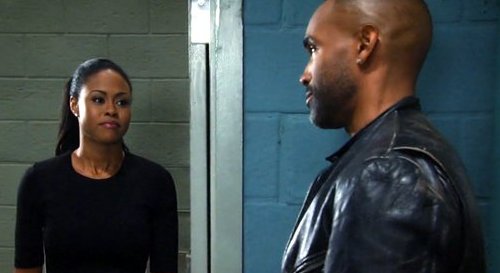 Griffin considers whether he can forgive Nathan West (Ryan Paevey) and decides he has to apologize to Maxie Jones (Kirsten Storms) since she, alone, is innocent in the mess between him, Nathan, and Claudette Bolland (Bree Williamson).

Carly Corinthos (Laura Wright) decides she can’t let Nelle Hayes (Chloe Lanier) go back to Atlanta unemployed and broke. Carly pitches Nelle a job offer to be her personal assistant. This is perfect for Nelle who is trying to worm her way closer to the family for yet unknown reasons. 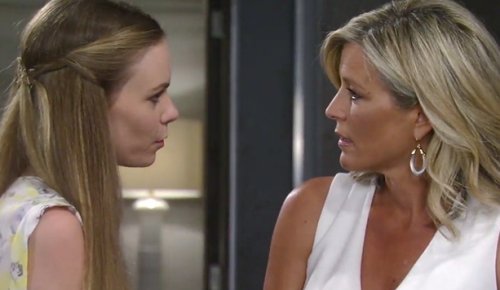 Don’t miss any of the action on the GH episodes the week of Monday, September 5 thru Friday, September 9. Remember on Labor Day, the Monday GH is a rerun. Share your comments below and check back with CDL often for the latest General Hospital spoilers and news.