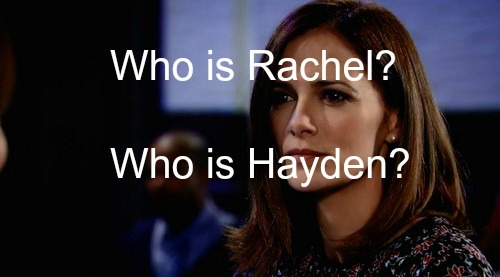 “General Hospital” (GH) spoilers tease that Hayden Barnes (Rebecca Budig) is a woman with the worst kind of past and that we’ll soon find out what it is. Once her scandalous past catches up to her, will it be tied to Nikolas Cassadine’s (Tyler Christopher) history in a way that will shock him?

Tracy Quartermaine (Jane Elliot) called Hayden the name “Rachel” a few days ago. There are, in fact, not one but two Rachels in GH’s past – if Hayden is a recast of a former character. Dr. Rachel Adair (Amy Grabow) was on the show for seven months of 2005.

This Rachel does have a tie to Nikolas’ past. Rachel met Courtney Matthews (Alicia Leigh Willis) – Nikolas’ now-dead baby mama – on an airplane. After Courtney complained about how much trouble her ex hubby AJ Quartermaine caused her, Rachel tried to get Courtney in an ex-BF murder swap. 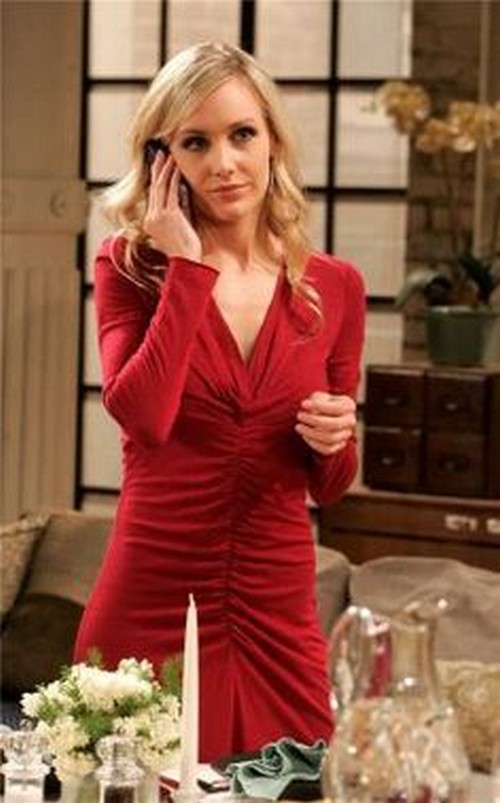 Rachel blackmailed Courtney after she told her she killed AJ for her – but Rachel was really working for AJ. The end result was that Rachel was killed by an evil doctor with a deadly shot of drugs. However – at the same time, AJ’s family faked his death – so perhaps they faked Rachel’s too.

Rachel Adair and Hayden are about the same age, but look nothing alike – but the difference in looks can be explained away (or ignored). The second Rachel from Port Charles’ past is Dr Rachel Locke (Kimberlin Brown). This Rachel was a psychiatrist – Rachel Adair was a pediatrician.

Rachel was a shrink to Julie Devlin, a local serial killer, and hated Dr Kevin Collins (Jon Lindstrom). Rachel went on a violent bender infecting people with a disease that her mother had struggled with trying to find a cure. An accident on the docks left her in a coma and she was institutionalized. 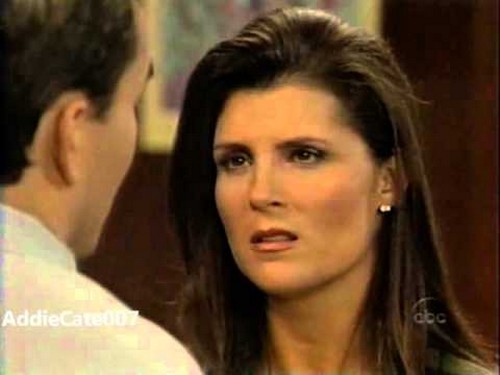 This is a very plausible Rachel because she’s not dead, just in a coma and tucked out of sight. This Rachel Locke is a few years older than Hayden, but that’s not a huge deal in terms of rewrites – plus this Rachel bears more than a passing resemblance to Hayden.

Both Rachel’s have a scandalous past – but Rachel Adair’s relates to Nikolas because she hurt Courtney. Of course, this may be a brand new Rachel that the writers are inventing from scratch. It’s important to remember that Hayden wasn’t brought on with the idea of her being a permanent cast member.

Rebecca Budig was signed on to play Jake Doe’s (Billy Miller) fake wife for a couple of months. But she was such a big hit with fans, they decided to bring her on as a recurring contract player. Now the writers are building a history for her, and may be using a past character to do so.

So what do you think GH fans? Could Hayden be the formerly comatose Rachel that’s an enemy of Kevin Collins? Or could Hayden be the Rachel everyone thought died who has a past of terrorizing Courtney? Share your comments below and come back to CDL often for more “General Hospital” (GH) spoilers.