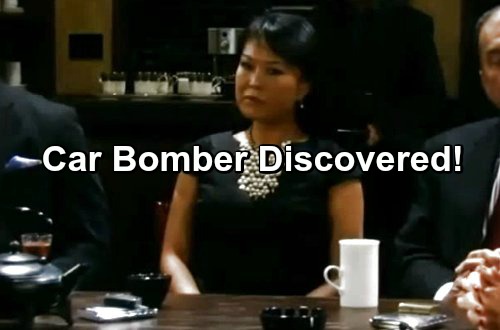 General Hospital (GH) spoilers show that the new mob villain in town is a Chinese Triad gangster and a woman! It’s Brad Cooper’s (Parry Shen) mom Ms. Wu that is the one plotting to take out the Jerome and Corinthos cartels and take the town for herself and the Triad.

GH showrunners are making it very clear the new bad guy in town is Chinese Mob-related – and surprisingly, the bad guy is a bad woman. Long-simmering GH spoilers hinted that Brad’s biological mother would come to town and now it’s finally happening. 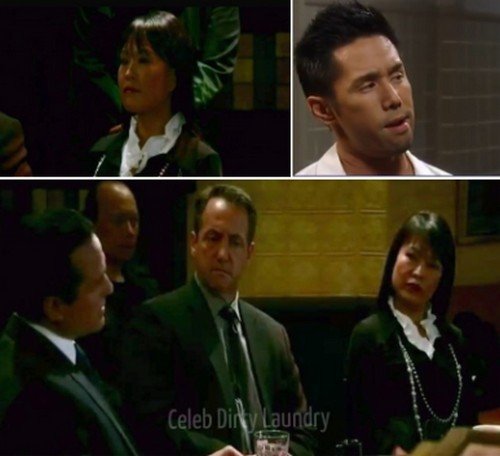 Brad was given up for adoption and that’s why he’s not a Wu, but a Cooper. GH fans have been clamoring for more screen time for Brad and Lucas Jones (Ryan Carnes) but we’ve barely seen them since the duo got married.

Finally, Brad is back. He’s running lab tests and is back in the lab with Hamilton Finn (Michael Easton) soon. There’s a reason we’re seeing him. He’s being introduced back into the fabric of Port Charles so it won’t seem random when his mom is revealed.

The last time we saw Ms. Wu was in September 2015 at a mob meeting when Michael Quartermaine (Chad Duell) showed up in place of his dad Sonny Corinthos (Maurice Benard) because Sonny was in GH recovering from being shot by Paul Hornsby (Richard Burgi). 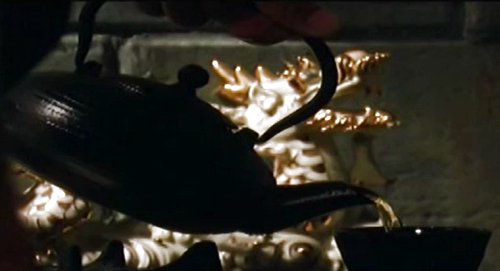 The Wu Triad has a history in Port Charles. Mr. Wu was a major player in the mid-80s with a plot involving Sean Donely, Anna Devane (Finola Hughes) and many others. The elder Wu was jailed but now they’re back according to GH spoilers.

It’s about time that the town got another mobster so it’s not just Jerome versus Corinthos. This new enemy is after both Sonny and Julian Jerome (William deVry). Ms. Wu is the person responsible for the bomb that killed Morgan Corinthos (Bryan Craig).

She’s also the one that had Julian’s driver Pete killed. Oscar Jessup will be revealed as her henchman. Oscar didn’t die all those years ago, he just shifted alliances from the Jerome cartel to the Wu Triad and has been off the radar doing their dirty work. 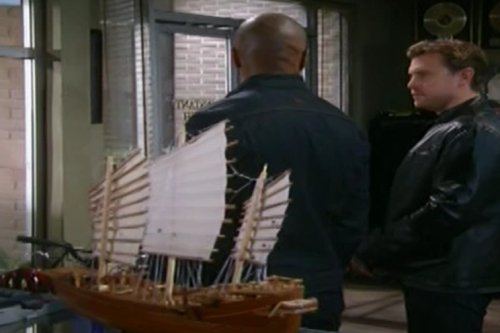 Julian knows there’s a new threat in town because Oscar has been blackmailing him but he doesn’t know just how far it reaches or the endgame. The Wu Triad ties back to the plan to try and make General Hospital into luxury condos.

Is Ms. Wu trying to force her biological son out of a job so she can lure him into mob work? We know Brad has a dodgy background and there was some criminal activity in his past – that’s what forced him to marry Rosalie Martinez (Elena Tovar) so they couldn’t testify against each other.

Ms. Wu is the one that was watching Jason Morgan (Billy Miller) and Curtis Ashford (Donnell Turner) on the security camera. The British pawnshop owner is also her minion. In coming days, we’ll see Ms. Wu revealed and Brad will be stunned that his bio mom is in town wreaking havoc.

Share your comments below on the reveal of the new Chinese mob force and tune into CDL for the hottest General Hospital spoilers and news.