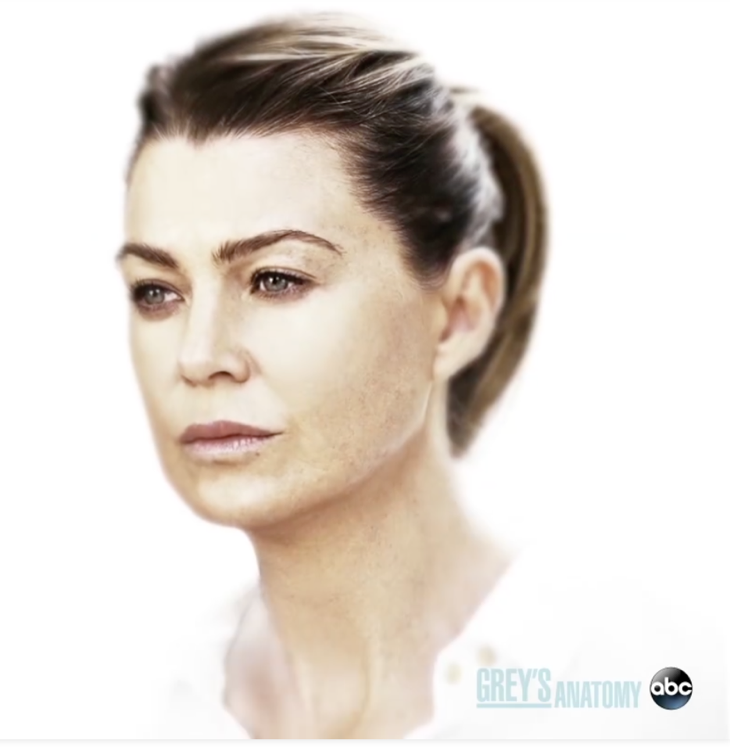 Did you watch last week’s episode?   If you missed it, we have a full and detailed Grey’s Anatomy recap right here for you.

Alex was scared. The trial he had seemingly pushed to the back of his mind was suddenly here and now. But Alex wasn’t optimistic about how things would turn out. He knew that what he did to DeLuca wasn’t right and he also knew that his past history with getting into trouble would come up in court. So Alex had tried to get Meredith as his best friend to accept what he knew and she simply refused. Meredith had said that they could still find a way to keep out of prison and that they shouldn’t give up hope however a Code Yellow at the hospital stopped them from discussing things further.

A Code Yellow was when the hospital kicked into Disaster Protocol and that was still new for some who had never been through a Code Yellow before. However, Bailey did her best to explain and she even took DeLuca to task for making fun of her instant camera. Bailey had said that they needed to take the photos of each patient that came in because their loved one were going to be pouring in and looking for them. So DeLuca did eventually understand that the dated camera was part of their procedure and that it was important though those very pictures that he had taken had actually gotten someone into trouble.

A photo of Charlie who had been patient throwing up blood had also been recognised by two loved ones. Like his wife and his girlfriend. So Owen and Riggs didn’t know they should handle Charlie’s unique case yet both of the women had been informed that Charlie was at the hospital and so they were both going to be looking for information on his condition. Though Owen personally felt that an affair always had repercussions and so that’s what threw back at Riggs. Riggs after all had cheated on his wife who had also been Owen’s sister and he had regretted that action ever since. And hadn’t been afraid to tell Owen that.

Owen, though, had just been testy. His marriage to Amelia was on the brink of collapse and he didn’t know how to fix it because he had been down that road once before. Yet, thankfully Owen had realized that he had shot his mouth off again and so he told Riggs his secret. He told Riggs that he had cheated on his first wife and that it been the beginning of the end. So Owen did come off his high horse with his admission and he had decided to work with Riggs by deciding what to do about Charlie. And so what they decided to do was to direct both women to Charlie’s room so that he could take care of it.

Though Charlie’s affair coming out wasn’t the only fall-out from the building collapsing. There was also a little girl that had been injured in the accident and sadly she died. So Winnie’s parents had needed someone to blame and they found out that they could take it out on their Landlord. The Landlord it seems had never fixed the foundation after the earthquake last year because he didn’t have the money and didn’t want to raise anyone’s rent however the tenants only knew the part where he didn’t fix the foundation. And so Winnie’s mother had pretended to be the landlord’s wife in order to see him alone.

The mother had wanted to kill him and she had nearly done so. However, Ben had seen her removing the landlord’s ventilation tubes. So he was able to stop her in time, but he had to call security on the woman who still believed that someone was to blame for her daughter dying and as it turns out her husband had also tried to get the landlord’s room. He on the other hand, had asked for directions and was creating a great while he “asked”. And so they were able to talk him down because they said what was going to happen to his wife if she lost both him and Winnie so it was a shame that his wife hadn’t also remembered that during her attempted homicide.

Then aside from Winnie’s death, there had also been the Minnick issue. Minnick had decided to take the job at the hospital and so she came in early when she had saw the news. But Minnick was a woman that didn’t mince words and that’s exactly what she did when she was with Richard. Minnick had told Richard that he could show her around for the first few days and that she’ll be able to handle the rest herself. So that left both Richard and Maggie confused. Maggie had heard most of her father’s conversation and she like Richard thought it said sounded like Minnick was going to be taking Richard’s job. And so that’s when it dawned for Minnick.

Minnick hadn’t known that Bailey didn’t say anything so she thought that she was going to begin taking over the program right away. However, Richard had seen Minnick’s face when he had posed his question and so he had come right out to ask Minnick if she was going to be taking his job though Minnick didn’t want to answer that. Minnick had felt that it wasn’t her place to have that type of conversation with him and so she told him to talk to the Chief. So Richard did talk with the Chief and Bailey told him that Minnick’s job was different. Bailey had apparently created a whole new job for Richard to do while Minnick basically took over the program with a different title.

Richard though had thought Bailey’s answer was a cop out. He said that if she makes a decision that she should at least abide by it and not treat him like some child that needed a new toy. So Richard had thought that his days at the hospital was numbered because he told Bailey not to back down and make decision that not everyone was doing to agree with. Though Maggie’s big mouth had eventually alerted everyone at the hospital that Minnick was here to push Richard out and so the attendees began gathering. They liked Richard and he had taught the most of them so they wanted to return the favor by stopping Bailey.

Yet, Bailey had a hard time with firing Alex that she could never fire Richard. So Richard didn’t have anything to worry about however Alex had some surprising news for her. Alex had told Bailey that he was going to agree to take the plea agreement which would mean two years in jail so Alex had to explain that. Alex said that Jo couldn’t testify in his court case because she had an ex-husband that would find her the second her testimony became public record and so Alex was willing to take the plea agreement to keep Jo safe. Alex was usually a macho type, but he loved Jo and had only wanted the best for her.

So tonight’s episode of “Grey’s Anatomy” ended with Alex just about to turn himself in and listening to Meredith’s message to turn back before he made a mistake.