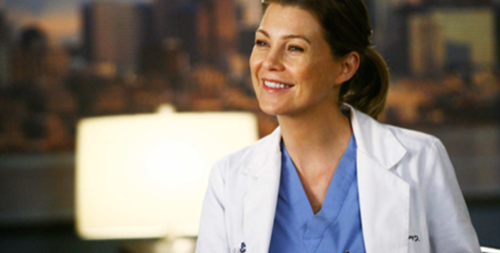 Tonight on ABC their hit drama Grey’s Anatomy returns with all-new Thursday, October 13, 2016, season 13 episode 4 and we have your Grey’s Anatomy recap below. On tonight’s episode, in the Season 13 episode 4,  Jackson (Jesse Williams) and April (Sarah Drew) adapt to parenthood; Meredith (Ellen Pompeo) and Nathan acknowledge their burgeoning relationship and Amelia (Caterina Scorsone) has questions about her new marriage.

Did you watch the Grey’s Anatomy season 13 episode 3 where a car crash at a funeral brought a bickering family into the hospital. Back from New York, Arizona ended up caught between Alex (Justin Chambers) and Andrew?  If you missed it, we have a full and detailed recap right here for you.

On tonight’s Grey’s Anatomy episode as per the ABC synopsis, “Alex tries to do the right thing but still can’t catch a break. Jackson and April adjust to their “new normal” with the baby. While Meredith and Nathan establish what’s going on between them, Amelia questions the state of her relationship with Owen.”

Alex has been working in the free clinic since the “incident” and he hopes that by doing that job he’ll show the judge that he’s a valuable member of the community. However, the clinic and simply working the clinic was hell on Alex. He was apparently taking orders from a grumpy nurse that had refused him time off to see his lawyer and basically everyone else in the clinic was treating Alex as the lowest denominator. As if he wasn’t a highly regarded surgeon. So Alex had hated the clinic and he would love nothing more than to escape the place, but Meredith had refused to spend time in there with him because she also hated the place so Alex was on his own.

But Meredith had also been a little busy lately so Alex being on his own couldn’t entirely be her fault. Meredith who hadn’t known when or how had suddenly become the sounding board for Owen and Amelia. So Meredith was trying to offer her support to a couple that were fighting and didn’t know that they were fighting yet at one point it had been exhausting for anyone to hear and admittedly that might have been Owen’s fault. Owen as it happens hadn’t told his new wife much about his past and so Amelia had gotten upset by that. She said she didn’t know him and that he knew more about her life than she did about his.

So unfortunately Amelia was telling the truth about that. Owen hadn’t confided in her as much as she thought and even Riggs knew more details about him than she did. Yet, Owen who had taken the time to talk to Meredith, hadn’t taken that same amount of time to discuss what was wrong with his marriage to his own wife and therefore Amelia was constantly in the dark. She had wanted to know more about him and to have a proper discussion before they could start about kids though it wasn’t turning out to be pretty hard in a marriage by herself. And Amelia also had her own fears about what could happen if they truly knew everything about each other.

Though as luck would have it, a trauma that came in one the helipad had taken up most of both Owen and Meredith’s time. A couple had come in and their injuries were serious. So the doctors constantly had to monitor Polly and Daniel. Daniel was a paraplegic and so he was susceptible to certain viruses however he wasn’t in much pain while Polly was having a hard time stabilizing. At first, her injuries had seemed to be to a lot simpler than they were so she later flat-lined before the doctors could truly see what was wrong her. And what was wrong with her was a ruptured spleen.

Owen had actually felt guilty about not catching onto Polly’s ruptured spleen yet there hadn’t been much he could do until they had identified the problem. However, Owen had still felt bad and he thought he could have caught what was wrong with Polly if he had been paying attention to her and not “something else”. So Owen was beating himself up about Polly and funnily enough Alex was also beating himself up when he snapped at a patient in the clinic. Alex had apparently gone off at a young woman that exhibits all the signs of being an alcoholic and Richard had caught him in the act.

Richard who was a recovering alcoholic had reprimanded Alex because he said the patient need understanding and help. Yet, Richard had tried to comfort the patient and had accidentally knocked her arm out of her joint. Emma, though, had said that she knew how to fix it and she had acted as if her arm reacting that way was something she was used to. So the doctors had tried to put a nice spin on what happened to Bailey only she wasn’t having it. Bailey had pointed out that the hospital could be liable if Emma sued and Richard still couldn’t understand how a simply touch managed to knock an arm out of its joint.

Richard had assured Bailey that he didn’t think he was that strong and that the thing had been an accident. Though she and the nurse that was in charge overseeing Alex was worried about the clinic. Bailey hadn’t wanted to close the place and she hoped it would remain open, but she wasn’t sure about what would happen and that had freaked out Timir. Timir had in fact blamed Alex for what happened to Emma because he didn’t want to be liable and he didn’t want the clinic to close because that was his cushy job for him. So Timir had later found ways upon ways to make Alex’s life a living hell and Alex had been tempted to quit the clinic all together.

But Alex didn’t end up quitting. He had wanted and he had almost did it however he had turned around at the last minute because he had finally realized what was wrong with Emma. Alex had realized that Emma suffered from a rare disease that gave her joint problems as well as making her sometimes self-medicate. So Alex had taken his findings to Richard in order for Richard to deliver the news to Emma. Alex was still technically on probation after all so he couldn’t act as anyone’s doctor so that’s why he had left delivering the news to Richard. And Emma had just been so grateful that she thanked Richard for being a better doctor than Alex which had been funny.

Alex, though, had finally come to peace with life in the clinic and Owen eventually got there as well. Owen, Meredith, and Riggs had worked on Polly and unfortunately she had been left paraplegic from her injuries. So there had been time when each doctor questioned the other’s methods. However, once they realized that they had done everything possible to help Polly, they came to peace with how they oversaw Polly’s treatment and Owen went home to finally have a meaningful conversation with his wife.

Meredith on the other hand had had long a conversation with Riggs where they reached an understanding between each other and their chemistry was still there despite the earlier blame game that they had gotten into. Yet, Maggie was still uncomfortable around Riggs and she was still trying to get over the fact that he turned her down. So Maggie had thought that Meredith was befriending Riggs in order to make an awkward situation comfortable again. And everyone was pretending to be happy even if they weren’t, but thankfully one relationship was finally getting better.

April and Jackson had talked as well and they were going to try to make co-parenting less of a handful so April was going back to work soon because she thought that would help.