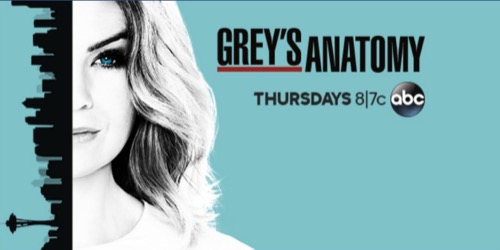 Did you watch the Grey’s Anatomy season 13 episode 3 where Meredith (Ellen Pompeo) considered her loyalties, as Alex (Justin Chambers) dealt with the repercussions of his actions?  If you missed it, we have a full and detailed recap right here for you.

On tonight’s Grey’s Anatomy episode as per the ABC synopsis, “A car crash at a funeral brings a bickering family into the hospital. Back from New York, Arizona ends up caught between Alex (Justin Chambers) and Andrew. (Giacomo Gianniotti) While Ben (Jason George) takes on a new parenting role, Amelia (Caterina Scorsone) helps Meredith (Ellen Pompeo) and Maggie (Kelly McCreary) through a problem.”

Arizona was back at the hospital and she’s happier now that her custody arrangement with Callie appeared to be working out for everyone involved. Most especially Sophia! However, Arizona was actually surprised to see the extent of DeLuca’s injuries as if she hadn’t known how bad it was and what genuinely shocked her more than anything was the fact Alex did. So Arizona tried calling Alex though he didn’t return any of her calls and eventually she waylaid him in the supply closet because she had needed answers. Arizona wanted to know why Alex risked throwing everything away.

Only Alex didn’t really have an answer for her. He said he knew that he made a mistake and possibly risked his career, but he was apparently done with being lectured to. Though what he couldn’t see was how concern Arizona was. Arizona hadn’t gone looking for him because she wanted lecture him. She had just wanted to know what happened and why Alex was devolving back into how he used to be when no one liked him and he had been fine with that. So Arizona was concerned and she had wanted to talk.

But Alex was tired of talking and he had a very good reason to be. He had talked to Meredith and he had tried talking to Jo yet Jo had rebuffed him and he knew that that had been his fault as well. So Alex didn’t want to talk anymore and he didn’t want to hear how bad Arizona felt or that she had been the one to mentor him. He was simply too tired of talking by then so he left and Arizona tried to figure out how it all went wrong. She even talked to Owen because she thought it was unfair that Owen only got a slap on the wrist for punching Riggs in the hospital.

Owen though knew that his case and Alex’s was different so he tried to tell Arizona that. Arizona felt that both Owen and Alex caused a fight over a woman and, frankly, she didn’t want to see the difference. Yet, a funeral pileup had created a mess in the Emergency Room so she as well as many others were called in to treat the Fisher Family. The Fishers were burying their patriarch Pete when a car came out of nowhere and caused all of their limos to crash into each other. So everyone and truly everyone had wanted to make the person that crashed into them pay.

Julian who he had been burying his father had asked all of his family members to catalogue their injuries so that they could use them as evidence when they sue. However, he and his sister Morgan had been shocked and then disgusted that the person that crashed into them had been the other sister. Kara had apparently been estranged from her family for over ten years and pretty much everyone had written her off as a no good drug addict. So Kara who was also thirty-eight weeks and in her last trimester hadn’t even been sure that she wanted to go the funeral.

She had kept in contact with her dad however she had given the rest of her family a wide berth. So the only reason that Kara decided to go was because she felt to owed it to her dad and unfortunately she ended up sending her entire family to the hospital. Kara it seems had been running late so she sped up and was going to turn into the cemetery when she inadvertently crashed into the family limo and that caused a chain reaction. Though everyone was supposed to be fine and she had been told that they were going to be fine.

But, despite all of their promises to the heavily pregnant woman, Kara’s brother had later rushed into her hospital room and he had accused of her of killing their mother. Their mother Georgia had paid her final respect to their dad when she went into cardiac arrest and the doctors hadn’t been able to revive her. So Kara was blaming herself and sadly everyone else in her family was blaming as well for killing Georgia yet the hospital had later come up with a way to help the family calm down. The doctors had eventually agreed to host a funeral for Georgia at the hospital.

Georgia’s entire family was already there anyways and they were in the mood to grieve together so Amelia and Maggie went rogue. They allowed the family to hold an impromptu funeral and everyone was getting their chance to say goodbye when Morgan screamed. Morgan said that her mother squeezed her hand and they all thought she was exaggerating when out nowhere Georgia sat up. Georgia’s case was apparently what the doctors called the Lazarus Syndrome. That’s when someone for all intents and purposes was considered dead and abruptly comes back to life.

It was scary as hell, but her family and Richard thought it was a miracle. So Bailey had told Amelia Maggie, Stephanie that Georgia wasn’t allowed to die twice at the hospital. Bailey said that Georgia’s family would never be able to take it and, personally, Bailey had a lot on her plate. Bailey’s son had gotten into a fist fight at school with some other kid so Bailey knew that she would have to punish Tuck because her ex-husband liked being the good guy. Yet, Ben had later told Bailey that he could handle Tuck. He said he was Tuck’s stepfather and that he would bring down the hammer so she didn’t have to.

Only Ben might have scared Tuck too much when he showed the small boy pictures of DeLuca from his fight with Alex and told Tuck that’s what happens in a fist fight. However, Ben also embellished some. Ben said that DeLuca was blind in one eye and that Alex was now in prison. So Ben brought the hammer down and now Tuck will probably never get into another fight again. Not even when his life depends on it though he was apologetic and he had learned a lesson because he had also handed in his cell phone.

Though it all worked out in the end. Bailey was grateful and she implied that Ben was going to be the bad guy from now on. So Ben and Bailey came to a new understanding and at the end of the day Amelia stood up for Kara. Amelia had heard Julian and Morgan harping on their sister again so she told them to shut up and be grateful. She said that they got a second chance and that even their mother came back from the dead. And so Georgia backed Amelia up. She told her kids that they were being whiny brats and that got them to later visit both their sister and their nephew to see if they were alright.

Thankfully, they were. Arizona and Owen had delivered Kara’s baby and both mom and baby were doing ok despite everyone’s early fears. So Kara was welcomed back into the family and Arizona got to see a happy. Arizona had told DeLuca that he didn’t have to move out and she had also hugged him because he was beginning to feel like the whole hospital was against him. Yet, Arizona wasn’t against him and she wasn’t against Alex. She had just wanted everything to be ok and later she felt like that will be when she talked to Alex. Alex said that he was working in the clinic and that he was trying to rebuild trust at the hospital so he showed Arizona that he was still the guy she taught.
And it turns out Alex wasn’t the only one that missed surgery. April was getting antsy staying at home with baby Harriet and she couldn’t wait to come back into work. So Jackson agreed to help watch the baby so that she could watch surgeries.