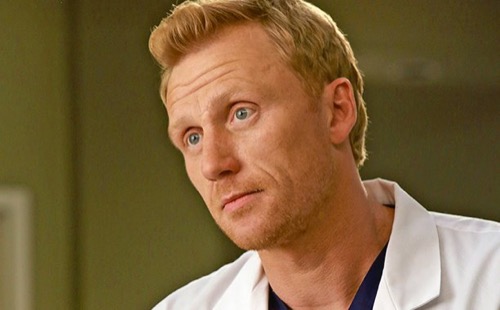 Tonight on ABC Grey’s Anatomy returns with a great all new Thursday February 11, season 12 winter premiere titled “The Sound of Silence.” On tonight’s episode, a patient attacks Meredith (Ellen Pompeo) and Penny (Samantha Sloyan) finds her wounded, so Meredith’s coworkers race to save her and wait by her side as she fights to survive.

On the last episode, injured firefighters arrived at the hospital after battling a wildfire. Meanwhile, Maggie had trouble maintaining just a professional relationship with Andrew at work; and Jo wanted to know what Alex’s priorities are. Did you watch the last episode? If you missed it, we have a full and detailed recap right here for you.

On tonight’s episode as per the ABC synopsis, “Meredith is brutally attacked by a patient, and Penny is the one who discovers her. The doctors of Grey Sloan Memorial rush to stabilize Meredith and remain by her side in the harrowing aftermath.”

This episode looks like it is going to be a great episode and you won’t want to miss it, so be sure to tune in for our live coverage of ABC’s “Grey’s Anatomy” Season 12 Winter Premiere at 9 PM EST! While you wait for our recap sound off in the comments below and let us know what you think of Grey’s Anatomy season 12 so far!

Alex had been on the road driving Maggie and Meredith to work as part of their ritual carpool when they noticed a nasty accident up ahead.

So the ladies had been more than willing to leave the car in order to offer up some assistance to the many injured and that’s how Meredith met this one man. He had been some cuts mostly around the forehead and therefore Meredith offered to stay with him even at the hospital. Though its important to know that the patient hadn’t seemed dangerous.

In fact, he had been good for a few laughs because he had been telling everyone in the room about his stay in Seattle and his daughters back home. And so no one had second guessed themselves around nor thought he was a risk to any of their safeties. But as the others began leaving the room in order to fetch something or another, Meredith soon found herself alone with a man that was obviously having an episode.

He had seized once before you see and often in the aftermath of such a moment there could be hyper-aggression. Yet he had been unresponsive the last anyone saw. So how were the other supposed to know that he would begin assaulting Meredith after she had attempted to stop him from leaving his hospital bed.

The answer to that no one could have foreseen it. But that hadn’t mattered to Ben, He had left the room to fetch Amelia for consul and once he saw that she was going to push Meredith’s patient until the last very second of the day – he felt like he should have returned to the room rather than wait around for Stephanie to convince Amelia to do the right thing.

Although Amelia wasn’t doing so good following Meredith’s attack. The young woman had already been on the path of self-destruction but Meredith’s accident had pushed her too far. She had been too much of crumpled mess to assist to Meredith’s recovery and later Richard had to practically escort her out of Meredith’s hospital room.

So everybody else had been pitching in while Amelia returned to her former “habits”.

And even as Meredith began to get better over the next several weeks, it was Alex that stepped in to act as her rock. He had been with her through all of her surgeries to fix the broken leg, arm, and also the jaw. And he had been with her when her hearing finally returned.

But once she was able to hear the others, Meredith had chosen to ask about Lou. Lou being the patient that had attacked her and who was apparently doing a lot better than Meredith because he had already been released. So Bailey could have ended things there but she had been asked to continue so she had also told Meredith that Lou wanted to see her in order to make a formal apology.

And that was something Meredith hadn’t been ready for. Her jaw had still been wired shut when she was finally able to see her children again and unfortunately Zola had been afraid to go near her. The little girl obviously knew that something was wrong yet she had turned to Alex for comfort instead of her mom.

So that had pushed Meredith over her breaking point and Penny soon found her suffering from a full-blown panic attack. And made a choice about it. Penny cut the wires that was keeping Meredith’s mouth closed and then the doctor defended her decision against Jackson.

Jackson had accused Penny of setting back his work but, unlike previous times, Penny was able to speak up for herself. She said she did what was right for her patient. And Meredith’s panic attack ended the second she had.

Though Jackson did have to later rewire her jaw so Meredith didn’t really have a lot to say to Amelia despite signaling her to come into the room.

Meredith had in fact thrown a smooth out in the corridor to grab Amelia’s attention but didn’t seem like she was prepared to listen to Amelia as the other woman tried to explain a few things. Like how she knows that she’s a mess and that she’s often loud. Yet Amelia said that she has to be that way else she drinks or take drugs.

And so Amelia was hoping that Meredith would understand but Meredith just gave her one of her judgmental looks. So Amelia had walked away and Richard had come by. He had seen how Meredith’s been acting and he felt like he should tell her about forgiveness. And how forgiving someone does more for her than for anyone else.

So Meredith did what she hates to do. She chose to try and move forward. And her first step in doing so had been to meet with Lou.

And after she had given him the forgiveness he needed as well, she spoke with Amelia again. Amelia was back in AA and she had completed her first month. So she had given Meredith her chip and the two had talked.

Meredith wasn’t exactly to forgive just her yet, but neither of them wanted to still be angry with each other.

And when Meredith was finally able to return home, she told Alex that he shouldn’t push Jo away. Jo clearly loves him and Meredith thought her friend shouldn’t keep derailing his life for her.