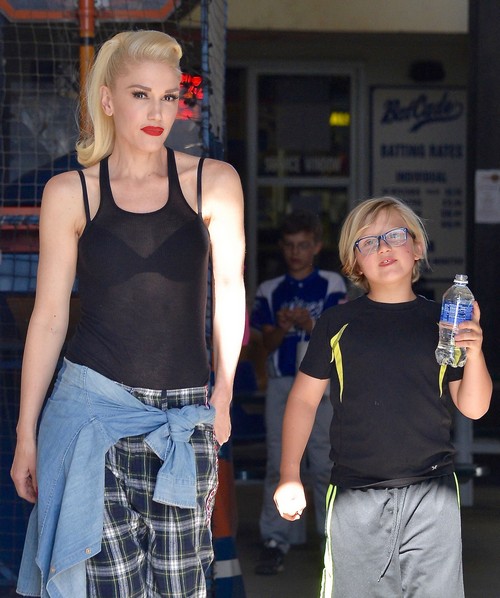 The Voice couple Gwen Stefani and Blake Shelton are really making the most of dating, and cashing in on their new showmance. Gwen and Blake have already used their relationship to keep Gwen on the cast of The Voice and are even rumored to be getting bonuses because of the ratings boost they have given NBC.

But, it looks like the savvy business man and woman are also using their relationship to boost their music careers too.

Gwen Stefani and Blake Shelton sure know how to work the entertainment business. Both Blake and Gwen have released songs inspired by their relationship to promote their new albums – and it seems to be working beautifully. This year Gwen received her first solo top album at number one on the Billboard charts.

But, that is just the beginning – now Gwen and Blake have collaborated on a song together.

Gwen Stefani took to Twitter and shared a photo of the back of her boyfriend Blake’s new album. The photo featured his new track list, and one of the songs features Gwen! The new song is called “Go Ahead And Break My Heart.” Stefani captioned the photo, “Look what I found lying round the house! #ispymyname #goaheadandbreakmyheart @blakeshelton #eeeekkkk! #crazy!”

Gwen Stefani is primarily a pop-rock singer, but seeing as how the song is featured on Blake’s album and not on her’s, we are going to assume that it is a country ballad. It will definitely be interesting to see how Blake’s country music fans react to his duet with his girlfriend.

Here’s to hoping Blake Shelton and Gwen Stefani don’t break up any time soon – they seem to be building quite a brand together as one unit.

So Voice fans, will you be running out to buy Blake’s new album so you can hear his ballad with Gwen? Do you think the duet will be any good? Come back to CDL for The Voice news, videos and recaps!

Gwen Stefani spends some quality time with her boys during an afternoon visit to Batcade, a batting cage/arcade pizzeria, on April 16, 2015 in Burbank, California. FameFlynet