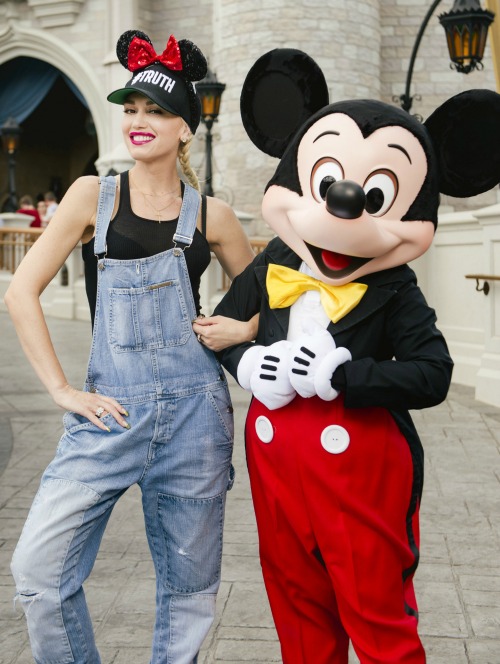 Gwen Stefani and Blake Shelton’s ‘showmance’ might have benefited the couple’s ratings on the hit reality competition show, “The Voice” but apparently it’s damaging their careers. Gwen Stefani is reportedly set to lose millions of dollars on her concert tour as no one is buying tickets to see her perform, with even Blake Shelton’s surprise guest performances failing to help her.

Gwen Stefani and Blake Shelton have been making headlines for their heavy PDA sessions and love confessions in the tabloid media, but it looks like the couple might be headed for a break up sooner rather than later. Blake Shelton’s career benefited from all the publicity he got thanks to his Gwen Stefani duet, “Go Ahead And Break My Heart.”

But unfortunately for the ‘Hollaback’ singer, she’s feeling the backlash of the couple’s very public romance and it’s costing both her career and reputation as a successful female artist.

According to Naughty Gossip, one source close to the singer said that Gwen Stefani is set to lose millions on her nationwide tour, as it is operating at a loss at almost every stop. “The tour is a disaster. They are now giving tickets away just to make the place look busy. She is going to lose millions.

Of course, this has to be devastating news for Gwen Stefani, who at the height of her popularity was one of the most popular chart toppers in the business, thanks to her role as the lead singer of ‘No Doubt’ and the massive success of her first two solo albums, “Love. Angel. Music. Baby.” and “The Sweet Escape.” Clearly, if Gwen Stefani’s ticket sales continue on its lackluster track, she is going to be forced to choose between her career and her love life.

A Gwen Stefani and Blake Shelton breakup could possibly happen before the end of the year. After all, the couple’s ‘showmance’ only works when the cameras are rolling and without “The Voice, both singers have very little to give to fans, especially since the majority would rather see Taylor Swift, Demi Lovato or Miley Cyrus live in concert.

Gwen Stefani’s music isn’t what it used to be, and no amount of PDA sessions and Instagram selfies with Blake Shelton is going to save her career at this point. This year has so far been nothing but a huge embarrassment for Gwen Stefani, in both her personal and professional lives.

Do you think Gwen Stefani and Blake Shelton’s relationship has a chance of surviving before the end of the year? Is Gwen Stefani’s tour going to be canceled because of poor ticket sales? Let us know in the comments section below.