Hanson Interview: MMMBop Not A Happy Song – No One Sings It Right After 20 Years – Chorus Has Dark Meaning 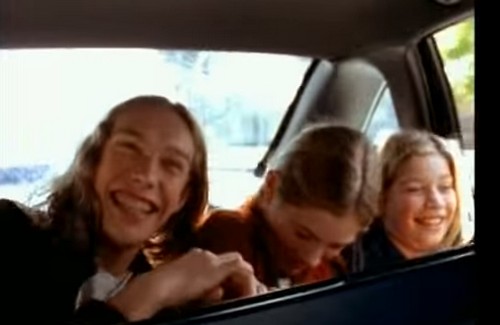 Hanson want fans to know that MMMBop isn’t a happy song. In a recent interview the brothers Hanson – Zac Hanson, Taylor Hanson and Isaac Hanson revealed that the chorus of the song has a dark meaning and no one has sung it right for 20 years.

This spring marks the 20th anniversary of the demo release of MMMBop. Vulture talked to the brothers about the song. It may seem as if the song was a light pop song created by three brothers who were barely going through puberty but it wasn’t meant to be that way at all.

Taylor believes a lot of people misunderstood the song, but hopes that as time goes by the “saying power of that song is about the fact that it’s more than it looks like at first glance. It’s about optimism, but, “It’s an optimism that’s framed with realism,” Taylor explained.

The guys think it’s necessary to listen to the chorus 20 years later and maybe fans will finally understand the truth meaning beneath the catchy song. “You have so many relationships in this life/only one or two will last/ you go through all the pain and strife/ then you turn your back and they’re gone so fast.”

When asked Taylor Hanson, Isaac Hanson and Zac Hanson were asked if they thought anyone had done a good cover of the song over the past 20 years Taylor was very honest when he simply said no.

Isaac Hansen agreed and explained that no one can sing the chorus correctly and always get the rhythm wrong. Zac Hansen believes after 20 years it’s time find a singer to do a really good cover of MMMBop.

Who do the guys think could do the song justice? Taylor thinks Fitz and Tantrums “could maybe do it.” Isaac thinks that if Bruno Mars wanted, “he’d probably find a way to kill it.”

Taylor Hansen has a 13-year-old son named Ezra who is able to play piano and he’s actually very interested in getting into the music business. Ezra has seen the video for the song and asked his dad, “You did that? Can I do it?”

Who knows, maybe Ezra Hansen will be the one who is able to do the best cover of MMMBop rather than Bruno Mars or Fitz and the Tantrums. After all, dad has probably taken the time to fully explain the true meaning of the song.