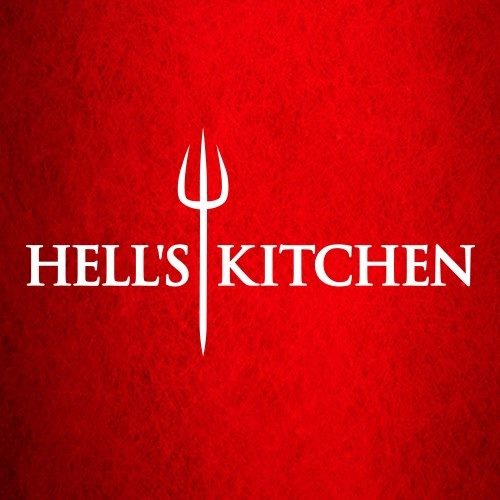 Tonight on NBC their Gordon Ramsay culinary competition series Hell’s Kitchen airs with an all new Friday, October 21, 2016, season 16 episode 5 and we have your Hell’s Kitchen recap below.  On tonight’s Hell’s Kitchen episode, guitarist Joe Perry and singer Estelle are invited to the dinner service.

Did you watch last week’s Hell’s Kitchen season 16 episode 4 where Chef Ramsay introduced the contestants to the latest challenge – a Surf & Turf protein relay. As the teams struggled to identify their proteins, they had to work together in pairs to succeed in the challenge? If you missed it we have a full and detailed recap, right here!

On tonight’s Hell’s Kitchen episode as per the NBC synopsis, “After a shocking elimination, both teams must regroup and chart a new course. During The Seven Seas Seafood Challenge, the chefs will go head-to-head against a chef of their choice from the opposing team. Each pair will choose a body of water that will reveal a type of fish that they will have 30 minutes to prepare using a variety of fresh ingredients provided by Chef Ramsay. The winning team, accompanied by Ramsay himself, will enjoy an exciting meal at one of LA’s hottest restaurants, Petty Cash.”

Hell’s Kitchen begins with the teams being shocked over Gia’s elimination the night before. The teams are rushed into the dining area where there is a pirate ship with a band of singing sailors. The sailors introduce The Seven Seas Seafood Challenge, each sailor is holding a scroll displaying the major bodies of water on earth, and on the other side is the fish.

The challenge is this: if Chef Gordon Ramsay calls a chef’s name, they will have to pick a chef from the other team who they would love to go up against, and the chef that was nominated must select one of the bodies of water, and then the sailor will reveal which fish they will both be cooking. They have 30-minutes to create their dish of fresh vegetables and the fish they were given.

Heidi Vs. Johnny and he chooses the Atlantic Ocean, they both need to prepare Bluefin Tuna. Heidi gains the first point.

Koop Vs. Kimberly and she chooses the Mediterranean Sea, they both need to cook Branzino. Koop gains the first point for the Blue Team, only because Kimberly overcooked her side.

Shaina Vs. Matt and he chooses the Gulf of Mexico, they both need to cook Grouper. Chef Ramsay likes both dishes and they each gain a point.

Paulie Vs. Aziza and she chooses the Indian Ocean, they both need to cook Wahoo. Paulie gains the point here because Aziza’s fish is still raw inside.

Ryan Vs. Aaron and he chooses the Baltic Sea, and they have to prepare Cod. Ryan gets the point hands down for the red team.

Devin Vs, Heather, and she chooses the Arctic Sea, and they have to prepare Arctic Char, again, Ramsay cannot decide whose dish is better and they both receive a point.

The teams are tied when Wendy Vs. Andrew deliver their dishes. They are given Pacific Ocean Sea Bass.

Andrew was very confident before the challenge started, now he is silent as he fears his dish is undercooked. His fish is cooked perfect, as is Heather’s. It comes down to presentation and the Blue Team wins.

The prize for winning is the chance to dine at L.A.’s hotspot, Petty Cash, and Chef Ramsay doesn’t want to miss out, he is going to join them for dinner. The Blue team is also going to the number one rated bowling alley. Ramsay also promises there is more surprises for them there. The men leave excited for their night out.

The punishment for the Red team is for the women to receive a huge delivery of potatoes, onions, carrots, and celery, where he wants them all broken down and beautifully diced for the seafood chowder for the next dinner service, not only do they need to prepare all the vegetables for tomorrow, they also need to prep the Blue team’s kitchen they can just jump into dinner service.

The women are pretty sour to Kim, as she messed up on the couscous; but they reassure each other they can win dinner service. The team is being ignorant and rude to Kim, even calling her stupid as she continually asks for help and what to do. Her whole team thinks she is incompetent and painting a big red bullseye on her back.

As the men join Chef Ramsay for dinner, he first reprimands Aaron for wearing shorts to dinner; but then gets serious and he gives them advice about sticking together as a team and to remain united. He tells them one person should lead and the rest should follow. Will the Blue team follow Chef Ramsay’s sage advice?

As Hell’s Kitchen continues, the women are falling apart and all picking on Kim. The men return in great moods and ready to cook. Chef Ramsay informs the teams that they will have special VIP guests joining at the chef’s tables tonight. In the Blue kitchen, the VIP is Joe Perry, lead guitarist for Aerosmith. In the Red kitchen, the VIP is R&B singer, Estelle. Marino opens the doors, and dinner service begins.

Chef Ramsay has also added table-side service of a Clam Chowder appetizer to the menu. Matt for the Blue team, and Heather for the Red team. The Blue team is off to a great start with Johnny on fish. Both teams are a bit star-struck when their VIP guests arrive. The Red team is sending out great appetizers as well from Wendy and Aziza.

The men have remained steady in their service, as Johnny continues to rock out in the fish station. The Blue team is keeping all their customers happy and move onto entrees. Andrew is guiding the Blue team, and the team is communicating well until their first entrée is brought forward. Ramsay is furious, not only are the vegetables cold, and the salmon is raw and he punches the plate. He yells at the team to get their stuff together.

The Red team are starting their entrées as well. Ramsay wants Ryan to start using her voice, he wants her to be louder, he wants to hear her voice. Heidi does a great job on the fish and Ryan does great on the New York strips, and Ramsay encourages the women to be pushing each other and communicating. Ramsay returns to the Blue kitchen and they were able to refire their mistakes without problems.

As soon as one table is served right, Andrew blunders and brings raw steak to the window. He quickly corrects his mistake but then the garnish is completely wrong. Johnny is burning the salmon. Andrew starts to yell at Devin and tells him that he has all protein and all the others can do the rest. Andrew delivers raw meat again, and Johnny brings dried out salmon.

Chef tells the Blue team they are making him look bad after he had just given them the best advice during dinner earlier. He kicks the Blue team out of the kitchen after telling them they are making mistake after mistake after mistake. The Red team continues to work well together, and end on a strong high. Ramsay tells Ryan she did a great job and the meat was nicely cooked.

Meanwhile, the Blue team are in the dorms arguing amongst each other. They arrive back in the dining room and Ramsay tells the men they were completely out-classed by the women tonight. He asks Koop who they nominated, he said Devin is their first choice, he went down on garnish and the second nominee is Aaron. Ramsay asks what Aaron did wrong tonight and Koop admits that they didn’t look at just this service to come to that conclusion.

Ramsay says there is someone else he needs to hear from, and wants to know if he has the balls to walk up. Andrew shakes his head, and Johnny walks up. Johnny says this is his first time up there and he is better than the other two, that he has the flare and ability to run Yardbird. Ramsay says, “When I think of you, I think about the “F” word, and it’s not “flare.”

Johnny says there is no excuse for what he did tonight. Aaron says he is getting better and better with each dinner service, and has no idea why he was nominated. He says his team trusts him, and it hurts that they would put him up for elimination.

Ramsay turns his attention to Devin, and asked him what was so difficult with tonight. He said the problem was having to redo garnishes all night for the fish dishes and the undercooked meat. He chooses to send Aaron home.

He tells him he has a great passion for cooking, but he needs to come in with confidence and possess a killer instinct and right now he is not ready, but not to stop because he can cook. Aaron says thank you and leaves.

Ramsay gives the Blue team one last bit of advice. He tells them to regroup and get it together quickly because right now it looks like the ladies wearing the red jackets, look a lot like black jackets. Andrew rolls his eyes and Ramsay sends them off. He tells the ladies they did a great job, and good night.

“To be a great chef, you have to earn respect from your brigade. Being so young and inexperienced, Aaron was never going to do that with his team, that’s why I took his jacket.”
~ Gordon Ramsay