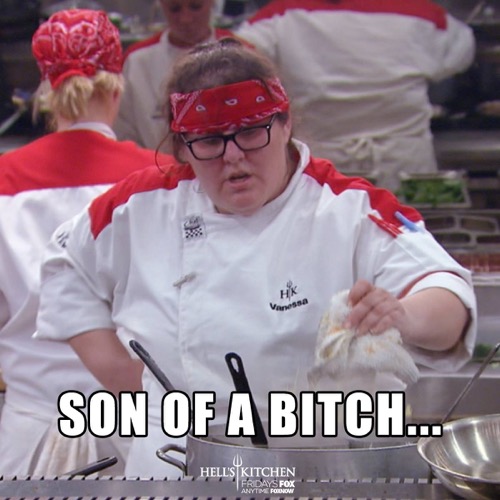 Tonight on NBC world renowned chef Gordon Ramsay’s television series Hell’s Kitchen where aspiring chefs compete returns with an all new Friday January 22, season 15 episode 2 called, “17 Chefs Compete,” and we have your weekly recap below. On tonight’s episode, the teams have 20 minutes to make the most shrimp dumplings during a distraction-filled challenge. Also: The Game shows up unannounced during dinner service.

On the last episode, in the season 15 premiere of HELL’S KITCHEN, Chef Gordon Ramsay welcomed the newest bunch of contestants into the kitchen. The steaks were high when the contestants traveled to Las Vegas and see the kitchen where this season’s winner will work as a Head Chef: BLT Steak at Bally’s Las Vegas.

And, for the first time in HELL’S KITCHEN history, they competed in that kitchen for the signature dish team challenge. Find out which contestants were safe from elimination and whose luck will run out. Did you watch the last episode? If you missed it, we have a full and detailed recap right here for you.

On tonight’s episode as per the NBC synopsis, “Chef Gordon Ramsay puts both teams to the test when they are challenged to produce more shrimp dumplings than their opposing team in just 20 minutes. To make the challenge more difficult, Chef Ramsay sends out multiple rounds of distractions, testing the team’s attention to detail and concentration.

Later, the teams face a tough dinner service when Grammy Award-winning rap artist “The Game” shows up unannounced. Find out which contestants up their game, and who must face elimination.”

You’re not going to want to miss tonight’s cool new episode of HELL’S KITCHEN which begins at 8PM EST on FOX. We’ll also be live blogging it for you right here. While you’re waiting for the show to start, hit up our comments section and tell us your thoughts on this 15th season!

This week on Hells Kitchen Vanessa has a meltdown after she is confronted by the women about falling apart in the Kitchen. She is comforted by Manda who feels like the rest of the team, that Vanessa needs to get it together and work for the sake of the team.

When the chefs come downstairs in the morning they are introduced to two Buckingham Palace guards. They are then told that they will be making baskets of shrimp dumplings. Chef Ramsey tells them that “a good chef never loses focus.” As the chefs work they are distracted by a marching band, male strippers, a UFC ring girl, and sumo wrestlers but despite the chaos they are expected to keep working.

The teams earns one point for each basket of five dumplings. Kevin and Chad are first for the blue team and earn four points. Next up are Frank and Hassan. Chef Ramsey is less than impressed with their effort and they get no points. Eddie and Joe are up next and the chef is once again less than impressed. When he asks who did them both men want to shift the blame to the other and Chef Ramsey tells them t o “cut the crap and man up.” Eddie finally admits to the bad batch of dumplings while joe pleats a perfect batch and earns five points. Alan earns a perfect score for his team and gives them a total score of twelve.

The men get off to a good start scoring six points, but then two teams who fail to make any suitable shrimp dumplings in their stall the blue teams momentum. The men end up with a final score of 12 points.

For a reward the women get to join Chef Ramsey on helicopter tour of San Diego. The men are stuck in Hells Kitchen preparing for a table side appetizer using mushrooms and wait for a special delivery.

The team is angry at Frank for his screw up during the challenge. The women enjoy a wonderful lunch with Chef Ramsey who gives them permission to call him Gordon outside the kitchen.

Meanwhile the men are stuck shucking corn and cleaning mushrooms for tonight’s table side appetizer and are none to happy about the punishment. When the red team returns they are ready to get to work and once again defeat the blue team at dinner service.

The service for the men starts off with a major oops as Joe drops a lamb chop and has to start over and Ashley can’t seem to find the fire for cooking as she tries to cook her appetizer and doesn’t realize the stove is off.

Joe’s collapse in the blue kitchen continues as he forgets the order of appetizers Chef calls for and seems to be having a meltdown. When chef asks for the Risotto Joe looks around lost and his team can’t seem to pull it together either. Joe finally manags to get his appetizers out and the blue team moves on.

Meanwhile Game arrives at the restaurant with an entourage and no reservation. They are split up amongst the two teams for service. The red team has trouble communicating and Meese gets angry because Ashley took her fish to the pass and it wasn’t ready. Meanwhile the blue team manages to successfully complete the order for the Game’s table.

Sharkeena is burning the fish despite help from Meese and Chef finally gets fed up. Dannie steps up to help and gets the food out successfully. Eventually both teams complete dinner service. The red team loses and has to nominate three people to go up on the chopping block.

The women continued to argue about who should be put up on the block and why. In the end Meese, Ariel, and Sherkeena were placed on the block for elimination.

Chef Ramsey decides to send home Sherkeena because she couldn’t come back from her mistakes.